VICKY PHELAN has been given the go-ahead to visit her family in Ireland this summer as her experimental cancer treatment is going well.

Ms Phelan, a patient advocate and health activist is undergoing cancer treatment in the United States which she hopes will prolong her life and allow her to spend more time with her young family.

She posted an update on her Instagram page earlier this week where she confirmed the happy news that she would be able to see her family, including her two young children, in Ireland this year after being given the go-ahead for travel.

Speaking in a video, Ms Phelan said she "really, really needed to hear that today", admitting she had been struggling lately "because I could not see an end in sight or countdown to a specific date in the future when I would see my kids again".

"I am missing the kids so much, and missing home," she said, adding "when I was talking to my oncologist, the minute I started talking about wanting to go home to my kids, I started crying."

Ms Phelan had feared she would be told travel to Ireland would be impossible until the end of the summer, which would have "floored" her-- but the treatment is going well, and she has received the one-shot Johnson & Johnson vaccine-- mandatory hotel quarantine in Ireland has been lifted for anyone who is fully vaccinated against the virus. 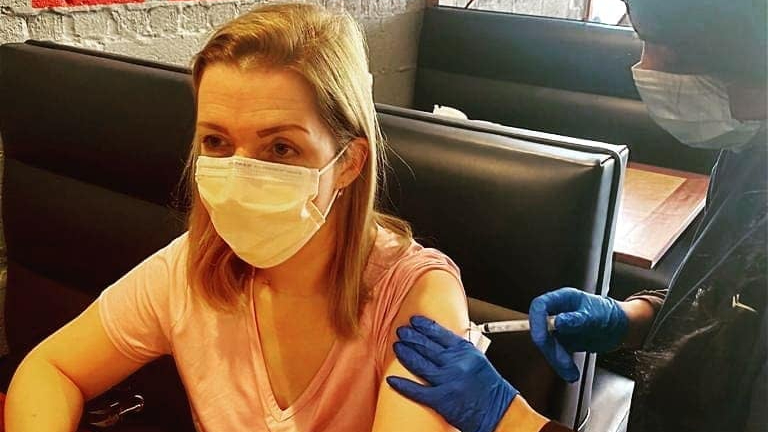 In 2014, Ms Phelan was diagnosed with terminal cancer after receiving a false negative cervical smear test carried out by CervicalCheck in 2011-- over 200 women were affected by similar mistakes, and many later received terminal diagnoses.

Ms Phelan took the US laboratory that carried out the inaccurate smears to court, and in 2018, Ms Phelan was awarded a €2.5m settlement by Ireland’s High Court. She has devoted her life to raising awareness and seeking justice for other women affected by the scandal.

The activist and patient advocate, who lives in Limerick, has been separated from family and friends since January this year as she undergoes experimental treatment in Maryland, US as part of an immunotherapy drug trial.

Last month, the mother of two announced that there are signs the experimental treatment is working, and she may have more time to spend with her family.