W.B Yeats fans gather to discuss the poet at Institute of Irish Studies in Liverpool

ACADEMICS, journalists, politicians and writers revealed their fondness for WB Yeats at a special event held to mark the 150th anniversary of the poet’s birth.

Acting Institute Director and Head of Department Dr Frank Shovlin, who chaired the discussion, said: “We were delighted to host this high profile event to mark the 150th anniversary of the birth of one of Ireland's greatest poets.”

More than 200 people turned out for the event, held at the university’s Eleanor Rathbone Theatre, and each received a souvenir book of Yeats’ poems courtesy of Tourism Ireland. 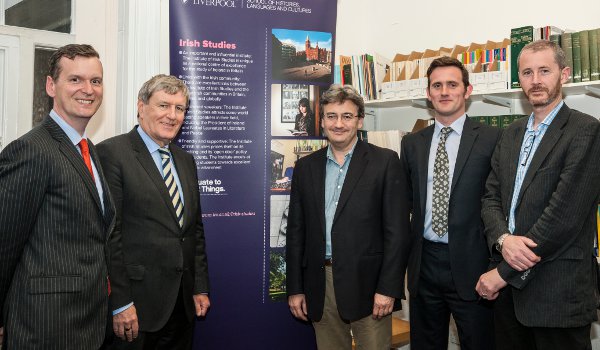