A CORK fisherman had the fright of his life after he was unceremoniously knocked out of his boat by a whale.

Cris Lane and Dave McCann were fishing off the coast of West Cork on Monday when they spotted some activity in the water.

"There were dolphins, fin whales and minke all around us; a group of whales about 300 yards away from us," Lane told CorkBeo.

They quickly pulled out their camera to get footage of the animals - who were feeding - but one minke whale got a little too close for comfort.

"Next thing I knew, one of the whales just slammed into the side of the boat. The other guy went flying onto the deck and I went flying off the back of the boat into the water," Lane added.

"Dave got up and he didn’t know where I was. 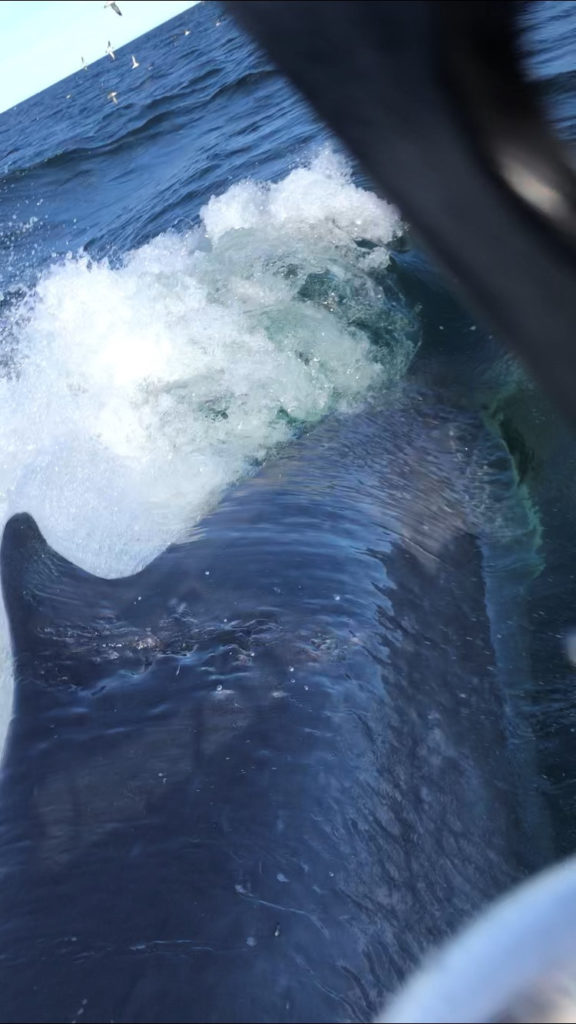 "He checked the cabin because he thought I might be in there. It took him a moment to realise I was in the water trying to get back on."

McCann managed to capture the moment of impact, and managed not to lose his phone, in spite of the collision.

Even though the duo taking heavy knocks, neither of them were injured.

Fortunately, Lane was wearing a lifejacket, which helped him get back on board the boat.

"You have to wear a lifejacket, and you should have a means of getting back in the boat, too," he said.