According to the Policia Nacional, six people including Gilligan were arrested, and four kilos of marijuana and 15,000 pills were also seized from the house.

Police have revealed they also located a revolver, buried in the garden, which matched the make and model of the gun used to murder Irish journalist Veronica Guerin in Dublin in 1996. 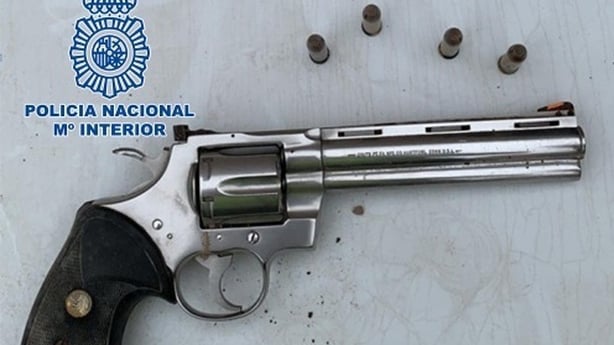 Could this be the gun used to kill Veronica Guerin? Spanish police are investigating.

The journalist was shot and killed in an ambush while she sat in traffic, after writing a series of articles uncovering Gilligan's gang activity; she had been threatened multiple times but continued her work.

Gilligan himself was acquitted of the murder, despite a judge saying he had 'grave suspicions' the Dubliner was involved-- instead, he spent time in prison for drug trafficking and moved to Spain after an unsuccessful attempt on his life. 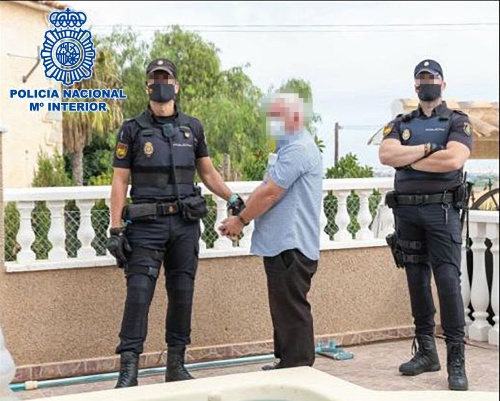 Spain's Policia Nacional collaborated with members of the Gardaí and the National Crime Agency to 'dismantle' the operations of the drug traffickers, who they said were led by a 'well-known Irish criminal'.

A video of the raid and arrest of John Gilligan was later posted to the public by the Policia Nacional, and shows units of armed police surrounding the house.

Officers then find money, drugs and weapons-- including knives and guns-- hidden within the property.

It is understood the gang operates by trafficking drugs through the postal system and sending them in packages sent to Ireland and the United Kingdom.

An Garda Síochána confirmed they are working with the Spanish authorities in the investigation.