'We'll say goodbye to an old friend embarking on an adventure': Leo Varadkar bids farewell to Britain on Brexit Day

LEO VARADKAR has bid a fond farewell to the UK on the eve of their exit from the European Union.

The Taoiseach described Britain as "an old friend" embarking on a new adventure, and extended to them his best wishes during a speech at the Institute of International and European Affairs in Dublin on Friday morning.

He added that he hopes Brexit will work out for the UK, but insisted that "there will always be a seat kept for them at the table" if not.

After lamenting the Britain's departure, Varadkar insisted the day felt bittersweet, urging the rest of Europe to be proud of the way they were "tested" by Brexit "but did not break".

"Tonight, when the clock strikes 11pm, the UK will leave the European Union," he said.

"We'll say goodbye to an old friend embarking on an adventure. We hope it works out for them. But if it does not, there will always be a seat kept for them at the table. 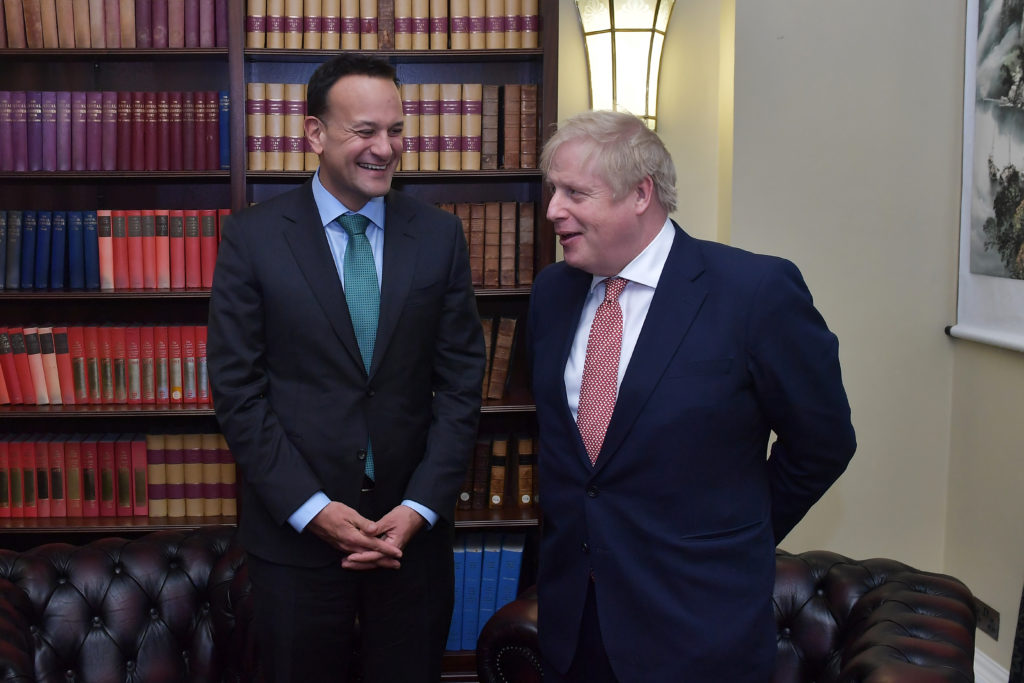 "I am ambitious about the future EU/UK relationship but I also think we think to be realistic about the dangers.

"We need to start a new relationship between the EU and the UK on a firm and honest footing. And that means a level playing field.

"Today is a bittersweet day for all of us who believe in the idea of Europe," he continued.

"Our sadness, however, is tempered by what we have seen over the past three years. Although Europe was tested it did not break, but came through it stronger and more united than ever.

"Today we are grateful to the European member states for their solidarity and support during the recent Brexit negotiations. It is proof of why small countries benefit from membership of the EU.

"I’m certain, that both Ireland and the EU more broadly - will continue to have an abiding friendship with the UK, a real partnership in terms of politics, security and the economics.

"I look forward with confidence to the future of Ireland and the EU after Brexit," Varadkar continued.

"I do not underestimate the challenges and risks but believe we can meet that working with our European partners we can build an ever closer, safer, prosperous and sustainable future for us all."