MADELEINE MCCANN’S parents have paid a poignant tribute to their daughter on her 18th birthday.

It’s more than 14 years since Madeleine disappeared from her bed in a holiday apartment at a resort in the village of Praia de Luz in the Algarve region of Portugal.

Her whereabouts remain a mystery and while German prosecutors in 2020 said they are working on the assumption she is dead her parents, Kate and Gerry have never given up hope of finding her alive.

The heartbreaking message was accompanied by a photo of Maddy – the last photo ever taken of her – smiling happily under a sun hat.

The McCann’s have been inundated with messages sending cakes, flowers, balloons and hearts to Maddie on her special day. 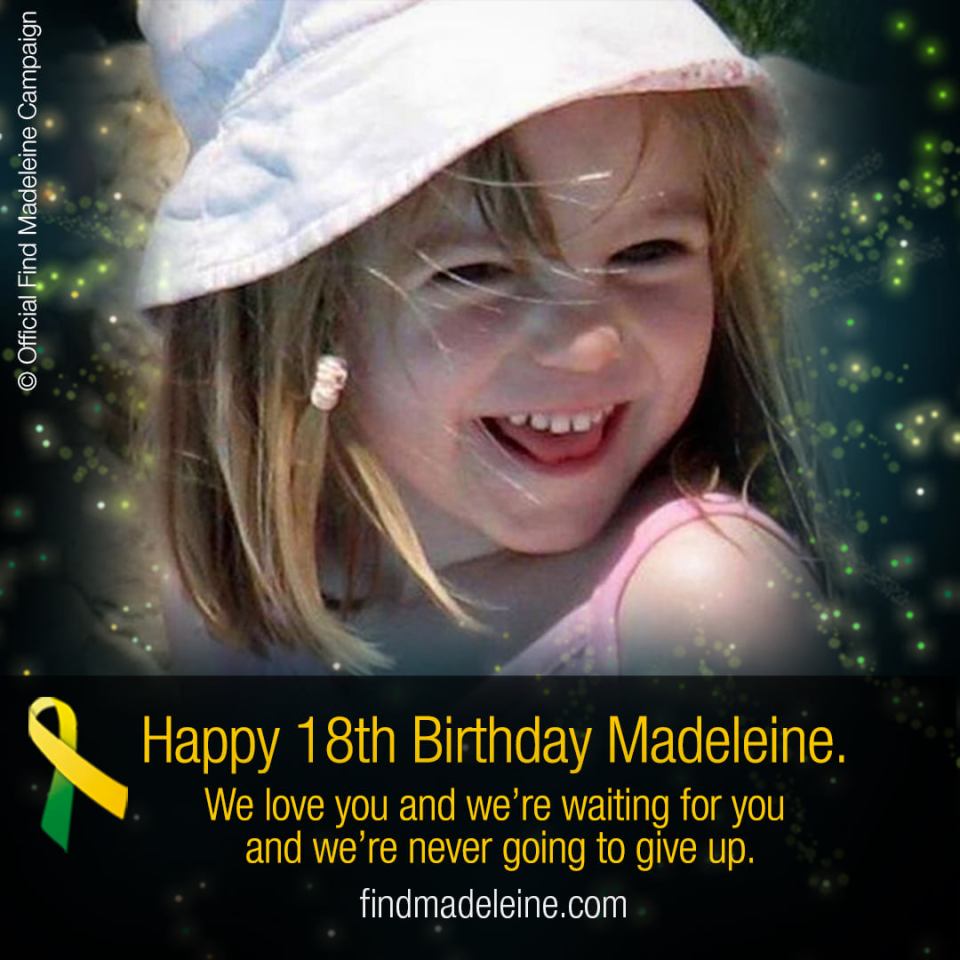 “Thinking of Madeleine on her 18th birthday. Hoping she will be found one day,” one well-wisher wrote.

“Happy 18th birthday Madeleine, wherever you may be,” another added.

The McCanns are set to gather with close friends and family for a small celebration marking the date at their home in Rothley, Leicestershire.

An investigation into Maddie’s disappearance is ongoing with convicted paedophile and rapist Christian B, 44, the current prime suspect in the case.

He remains in jail in Germany.