Which restrictions are being lifted in Ireland and when?

IRELAND HAS endured under one of the world's strictest lockdowns for months on end, and for a time it felt like there was no end in sight.

But with the number of cases, hospitalisations and deaths on a positive trend in recent weeks, the government is preparing to open up the economy and and allow life to return to some semblance of normality.

These changes will happen slowly and gradually in order to prevent the possibility of a surge in cases, but political leaders have indicated that we will be in a very different position by the end of the summer.

Which restrictions have been eased in April?

Some changes have already taken place in April, with some harsher restrictions eased in order to allow people to socialise safely and travel further afield.

So far, all children of school-going age have returned to the classroom, although college students are still being taught remotely.

Two households can meet outdoors in a public area such as a park-- though not in a private garden-- providing they maintain a social distance outside.

The 5km travel restrictions have also been eased, allowing people to travel the length and breadth of their own county, or up to 20km into a different county if their home is bordering another county.

Two fully-vaccinated people can meet indoors, unmasked and without needing to keep a social distance.

As of 26 April, outdoor zoos, wildlife parks, sanctuaries and heritage sites can reopen, including Dublin Zoo and Fota Island.

The numbers allowed to attend a funeral has been increased from 10 to 25. 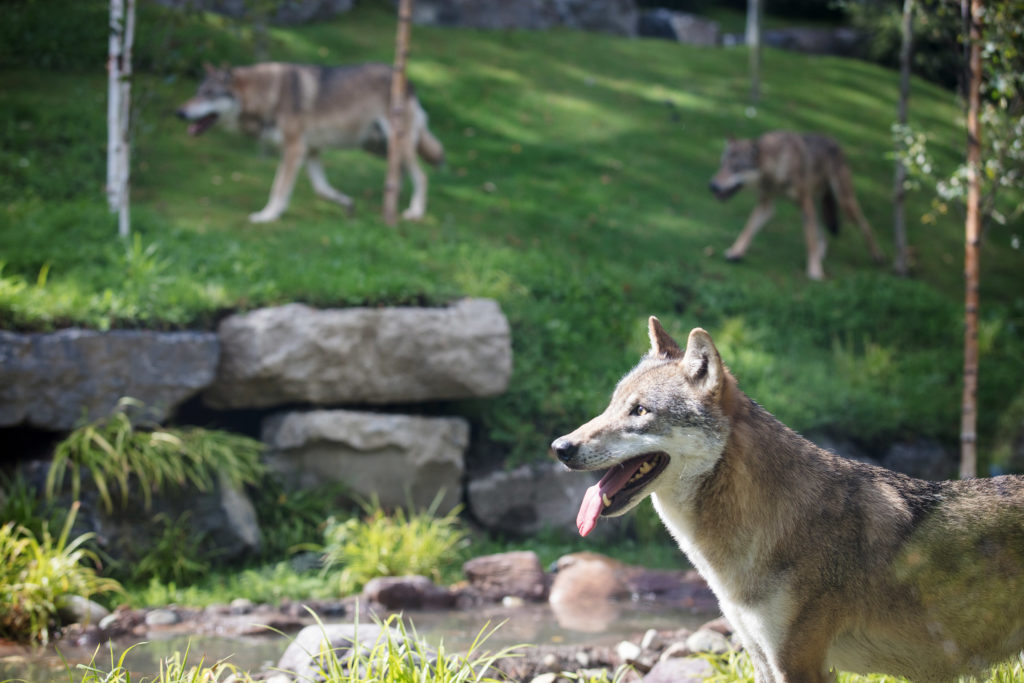 Which restrictions will ease in May?

From 4 May, the government will 'consider' a further easing of restrictions, including the return of personal services such as hairdressers on a staggered basis throughout the month of May.

The government will also consider a full return of the construction industry and the phased return of non-essential retail, particularly outdoor retail such as garden centres.

Museums, galleries and libraries may return in May, and limited numbers could return to religious services on a staggered basis-- as of now, all religious services must be streamed online, however individuals can attend a church for private prayer.

According to reports today, major restrictions are expected to be announced for the rest of May and June, although nothing will be 100% confirmed until Micheál Martin delivers a speech later today.

According to The Irish Independent, the National Public Health Emergency Team has given their approval for inter-county travel from May 10, along with the reopening of personal services such as barbers, nail salons and hairdressers on an appointment basis.

Click and collect for non-essential retail will also return on that date, as will the rest of the construction industry and potentially outdoor retailers such as garden centres. Adult team training for sport can also return.

Three households can meet outside in a garden, rather than a public area, and up to 50 will be allowed to attend church services like Mass, weddings and funerals-- though only 6 people can attend the afters of a wedding indoors, or 15 outdoors.

Which restrictions will ease in the summer?

Announcements on what to expect in May, June and July is likely to be made on Thursday this week, once the Cabinet sub-committee on Covid and the full Cabinet had met and discussed further reopening with NPHET.

However senior sources have been telling the Irish media what to expect, and according to The Irish Independent:

From 7 June, all restaurants and pubs-- whether they serve food or not-- can reopen for outdoor dining, and the controversial €9 euro meal rule will be scrapped.

Gyms are also expected to return on 7 June, and the number of people allowed to attend an indoor wedding party in June may also increase to 25.

When can I have visitors to my home again?

For now, only two fully vaccinated people are allowed to meet indoors. Anyone else who wishes to meet a friend or family member must do so in an outdoor setting.

Under new plans being considered by the government and NPHET, vaccinated grandparents may be able to meet their grandchildren without fear from 10 May.

What has the Taoiseach said about Ireland lifting restrictions?

Taoiseach Micheál Martin has recently admitted that "outdoors" will be the theme for the summer as the country cautiously reopens society, and that this must be the last lockdown Ireland experiences.

The Taoiseach explained on RTÉ's This Week In Politics: “Anything we open now, we want to keep open. We want to end this stop, start, close… We’ve got to do this in a proper way.”

Martin said: “We will give an announcement next week in respect of May, some indications in respect of June as I have already in terms of hotels, B&B’s and guest houses, and we will take advice as well and we will weigh it up.”

Any announcement is likely to be made on Thursday, once the Cabinet sub-committee on Covid and the full Cabinet had met and discussed further reopening with NPHET.