Will the Royal baby have an Irish name? Meghan Markle and Prince Harry tipped to defy tradition

MEGHAN MARKLE and Prince Harry could go against Royal tradition with the naming of their first child and an Irish name remains a distinct possibility.

News that the couple is expecting their first child broke this morning with Kensington Palace making the announcement via Twitter.

"Their Royal Highnesses have appreciated all of the support they have received from people around the world since their wedding in May and are delighted to be able to share this happy news with the public," a second tweet added.

— The Duke and Duchess of Cambridge (@KensingtonRoyal) October 15, 2018

The news has sparked widespread speculation as to the likely name of the royal offspring.

Diana has already been installed as one of the favourites, with one bookmaker already offering odds as short as 6/1.

However, with another offering odds of 16/1, there's little consensus when it comes to naming a front-runner.

In fact, the couple is being tipped to go against the norms of Royal life with a leftfield name choice of their own.

Alice (12/1), Arthur and Edward (both 16/1) are also among the favourites with the bookies but Oddschecker's George Elek is unconvinced.

"Diana may well be the obvious choice, although there must be question marks as to whether it would be seen appropriate by senior members of the Royal Family," he explains.

"Harry and Meghan seem to be a couple happy to look beyond Royal traditions, so some of the bigger priced names could be worth chancing, although the 500/1 on Boris is likely one to swerve." 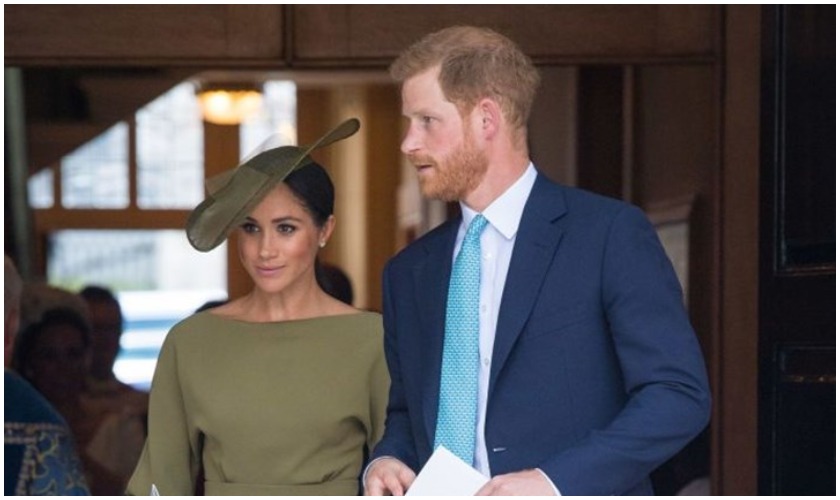 That could clear the way for a traditional Irish name with Mary tipped as one possibility and available at as short a price as 16/1 - the same odds as those being offered by one bookmaker on the baby being named Diana.

Grace is another possibility at odds of around 33/1.

The bookmakers think it's unlikely that the Royal couple will opt for an Irish boy's name though with Patrick, Niall, and Tyrone the only potential candidates and out at 100/1 or more.

Laura Whitmore embroiled in furious argument with journalist about newborn baby, but who do you think is in the right?

Family pay tribute to 'beautiful son' who died after altercation