LONDON, ENGLAND - JULY 01: Prince William, Duke of Cambridge (left) and Prince Harry, Duke of Sussex unveil a statue they commissioned of their mother Diana, Princess of Wales, in the Sunken Garden at Kensington Palace, on what would have been her 60th birthday on July 1, 2021 in London, England. Today would have been the 60th birthday of Princess Diana, who died in 1997. At a ceremony here today, her sons Prince William and Prince Harry, the Duke of Cambridge and the Duke of Sussex respectively, will unveil a statue in her memory. (Photo by Dominic Lipinski - WPA Pool/Getty Images)

PRINCE William and Prince Harry have unveiled a statue in honour of their late mother Princess Diana at Kensington Palace this afternoon.

The brothers put their very public differences aside to come together on what would have been Diana's 60th birthday.

The memorial statue of the Princess of Wales, which was commissioned by her two sons in 2017, was unveiled during a small, intimate ceremony in the gardens of Kensington Place, where Diana lived for 16 years.

In a statement, Prince William and Prince Harry said: "Today, on what would have been our Mother's 60th birthday, we remember her love, strength and character - qualities that made her a force for good around the world, changing countless lives for the better.

"Every day, we wish she were still with us, and our hope is that this statue will be seen forever as a symbol of her life and her legacy. 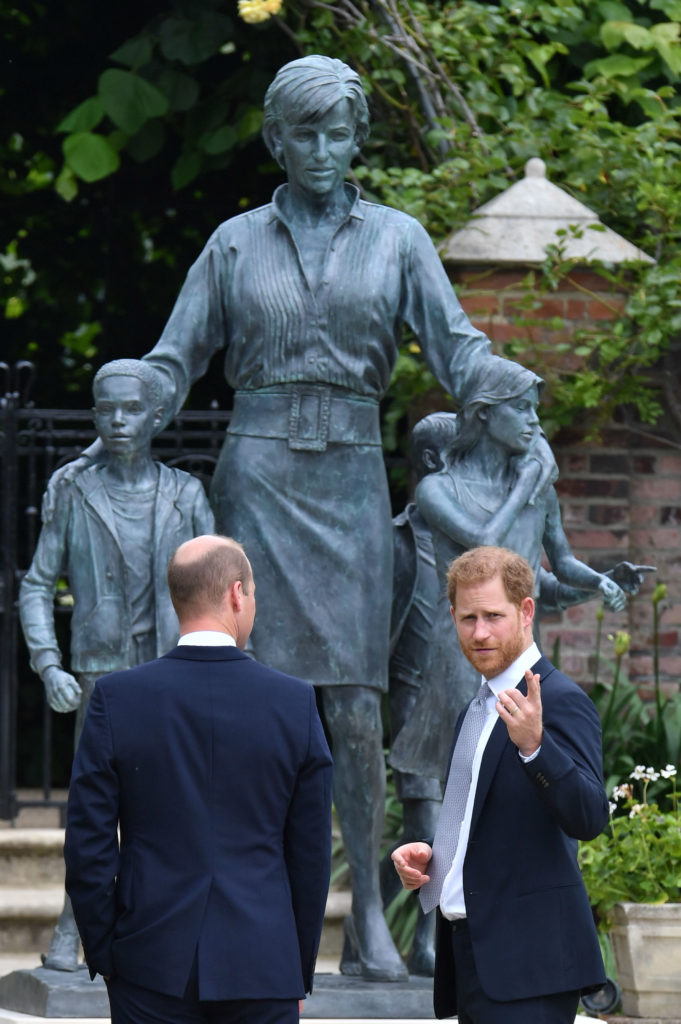 "Thank you to Ian Rank-Broadley, Pip Morrison and their teams for their outstanding work, to the friends and donors who helped make this happen, and to all those around the world who keep our mother's memory alive."

It's the first time William and Harry have been together since their grandfather Prince Philip's funeral in April.

The two have had a strained relationship since Harry's decision to step away from royal life in January last year, and the bad blood intensified in the aftermath of Harry and Meghan's interview with Oprah Winfrey back in March.

While relations between the pair aren't what they used to be, it's understood they exchanged texts after England's 2-0 win over Germany on Tuesday.