William Shakespeare, first man to receive Covid-19 vaccine, passes away at the age of 81

"Bill" William Shakespeare, 81, receives the Pfizer/BioNTech covid-19 vaccine at University Hospital at the start of the largest ever immunisation programme in the UK's history on December 8, 2020 in Coventry, United Kingdom. (Photo by Jacob King - Pool / Getty Images)

THE FIRST man in the world to receive the Covid-19 vaccine has passed away at the age of 81.

William 'Bill' Shakespeare was the first man to be vaccinated against the Coronavirus in December last year, as the UK became the first country in the world to begin the roll-out of the vaccine.

He was the second-ever person to receive the vaccine, after 91-year-old Irish woman Margaret Keenan; both received the Pfizer-BioNTech jab in a Coventry hospital at the tail-end of 2020.

Mr Shakespeare has now passed away from an unrelated illness, BBC News reports.

A friend of the 81-year-old and Councillor for Coventry, Jayne Innes, said Mr Shakespeare had passed away last Thursday and urged people to take up their offer of a vaccine when the time came, saying the "best tribute to Bill is to have the jab".

Mr Shakespeare was a patient in University Hospital Coventry's frailty ward when he received the jab in December; he passed away in the same hospital on Thursday after suffering a stroke, University Hospitals Coventry and Warwickshire NHS Trust told the BBC. 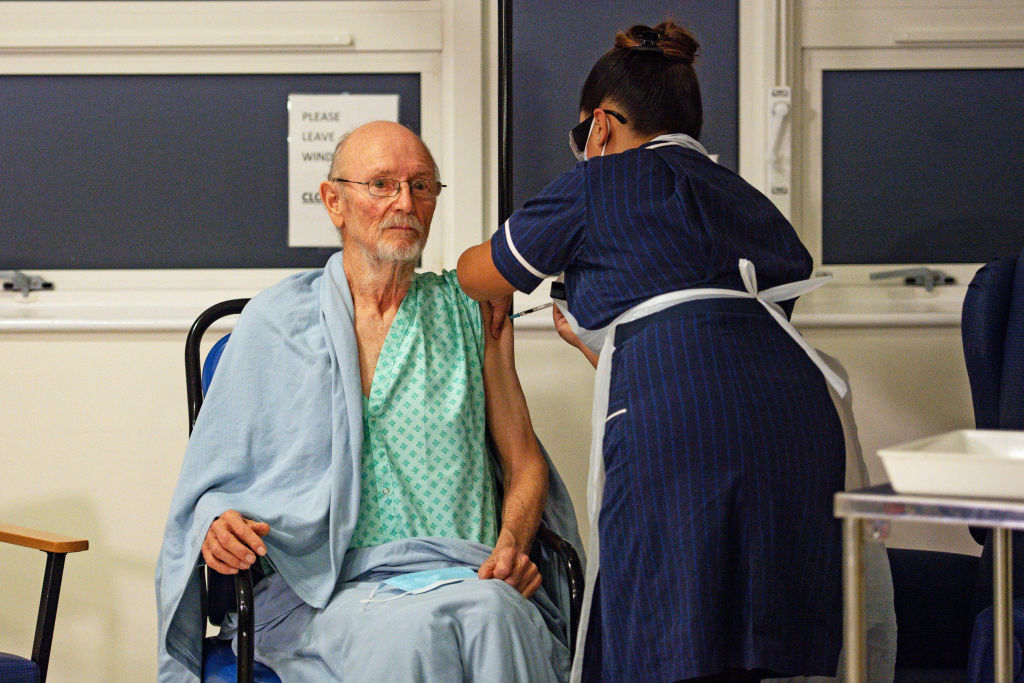 "Bill" William Shakespeare, 81, receives the Pfizer/BioNTech covid-19 vaccine at University Hospital at the start of the largest ever immunisation programme in the UK's history on December 8, 2020 in Coventry, United Kingdom. (Photo by Jacob King - Pool / Getty Images)

In a tribute released through the trust, Mr Shakespeare's wife, Joy, who had been married to him for 53 years, said:

"Bill was so grateful for being offered the opportunity to become one of the first people in the world to be given the vaccine.

"It was something he was hugely proud of - he loved seeing the media coverage and the positive difference he was able to make to the lives of so many.

"He often talked to people about it and would always encourage everyone to get their vaccine whenever he could."

"Bill loved meeting people and helping them in any way possible.

"Most of all he was a wonderful husband, father and grandfather, nicknamed Pop Pops by the grandchildren. He left a huge imprint on everyone who knew him and will be greatly missed."

Mr Shakespeare leaves behind his wife, children and grandchildren.