Woman, 26, kills three in shooting at US workplace before turning gun on herself

A WOMAN killed three people and injured three others in a shooting today in Harford County, Maryland, US.

The suspect, identified by Harford County Sheriff’s Office as 26-year-old Snochia Moseley from Baltimore County, then turned the gun on herself.

The incident happened at around 9.06am local time at a distribution centre for the Rite Aid pharmacy chain.

Harford County Sheriff's Office said Moseley was temporarily employed at the facility and turned up for work as usual at around 9am. 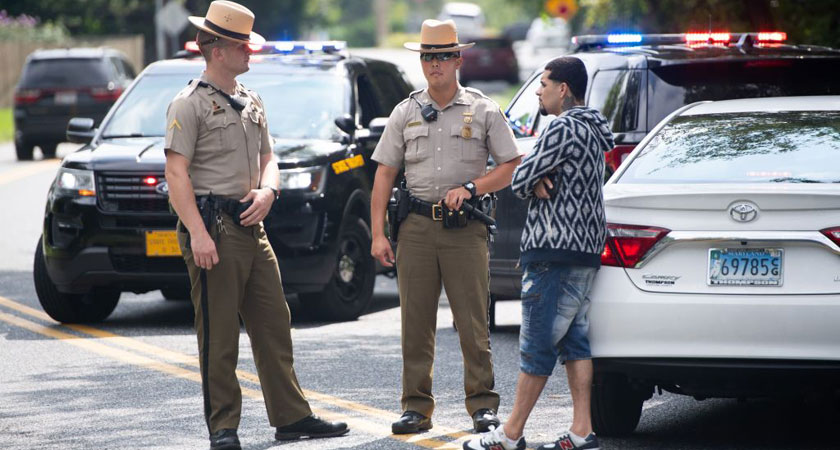 Officers block off roads around the scene of the shooting in Harford County, Maryland (Image: Getty)

Two of the those killed died at the scene while the third passed away at hospital.

The three injured people are expected to survive.

Moseley also died at hospital after being fatally injured by a self-inflicted gunshot wound.

Harford County Sheriff’s Office are working to establish a motive but Sherriff Jeffrey R Gahler said terrorism was not a likely possibility.

They have cleared and searched the 210,000 square foot facility for additional victims and information but believe the suspect acted alone.

In a statement, Rite Aid said: “We are continuing to work closely with authorities as they conduct their investigation.

“The facility has been closed, and we are assessing when it will be reopened.

“Grief counselors will be made available to our associates and will remain available as long as they are needed.

“Our thoughts and prayers go out to all those involved in this tragic incident, as well as their loved ones.”

No details of the victims have been released.