Kevin McGuigan, 21, has been charged with the first-degree murder of his 49-year-old mother Jackie (Image: Montgomery County PD)

AN Irish-American family has been left devastated after a mother who survived cancer was allegedly hacked to death by her son outside their local Catholic church.

Jaclyn ‘Jackie’ McGuigan, 49, was found with multiple stab wounds in front of the Saint Raphael Catholic Church and School in Rockville, Maryland at around 6pm last Friday.

She was later pronounced dead at the scene despite desperate attempts by paramedics to save her life.

Her son Kevin Justin McGuigan, 21, was tracked down by Montgomery County Police detectives the following morning before being arrested and charged with first-degree murder.

He is being held without bail at the Montgomery County Detention Center in the eastern city.

Ms McGuigan – who completed chemotherapy for breast cancer back in July – had previously filed a protective order against her son three years ago. 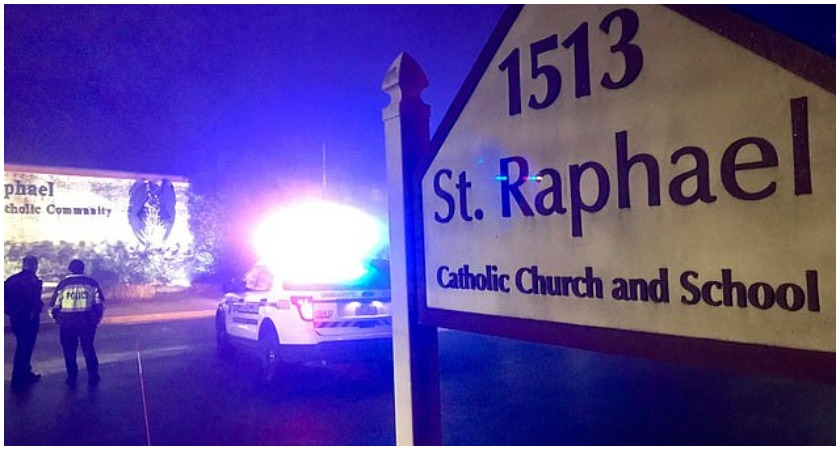 The mother-of-three was stabbed outside her local church in Rockville, Maryland on Friday (Image: Facebook)

The mother-of-three accused Kevin, then aged 18, of threatening her with "physical harm" on multiple occasions.

However, investigators are yet to comment on a possible motive behind the deadly attack.

Detectives spoke with witnesses at the scene who heard loud screaming and observed the victim laying on the ground outside the church with the suspect standing over her.

The suspect fled in a Honda sedan registered to Ms McGuigan, which was found abandoned at the nearby Falls Road Local Park shortly before 7pm.

Officers found property in the vehicle that was determined to belong to Kevin McGuigan, according to a police record of his arrest.

Ms McGuigan had last been seen alive driving away from her home in the sedan with Kevin at approximately 5.30pm.

Following the discovery of her body, officers traveled to the family's home and found her two other children, a 24-year-old woman and an 18-year-old man. 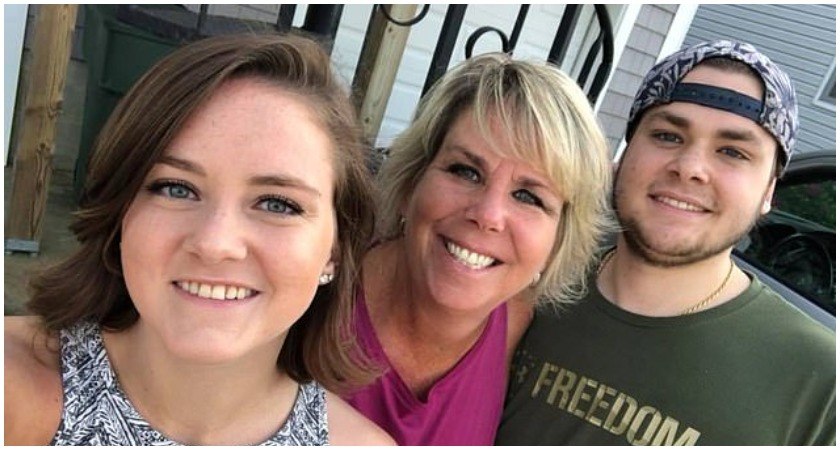 "Jacob continued that Kevin has tried to kill him by strangulation approximately two years ago."

Three years ago, a judge granted the mother a 12-month protective order which banned Kevin from having any contact with her or his siblings.

She claimed that Kevin had often threatened her life and was a drug addict with possible mental health problems including paranoia.

The order expired in February 2017 and was not renewed.

Eight months later, Kevin was arrested on charges of disorderly conduct and resisting arrest after a violent traffic stop, but prosecutors later dropped the case against him.

And later in July and September of 2018, the 21-year-old was charged with driving while impaired.

Kevin McGuigan appeared in court on Monday for a bond hearing, during which a judge ordered that he undergo a mental health check prior to another court appearance next week.