PEOPLE don’t like spiders. In other news - water is wet.

Well, here’s something which encompasses both of these utterly redundant statements - making for a very nonredundant story in the process:

A woman was attempting to reverse her van up to a nearby river so that she could drop her kayak into the water.

She then noticed the eight-legged friend that had joined her in the cabin, perching unwantedly on her lap, and she leaped out of the van in fright.

As anybody would, right?

The only problem was that her van was still moving - towards the river.

Her relief of escaping the spider was quickly replaced by the dread of hopelessly watching her vehicle slide towards the water.

And this is no local stream we’re talking about here, this is the 164-mile-long Etowah River in Georgia, USA. 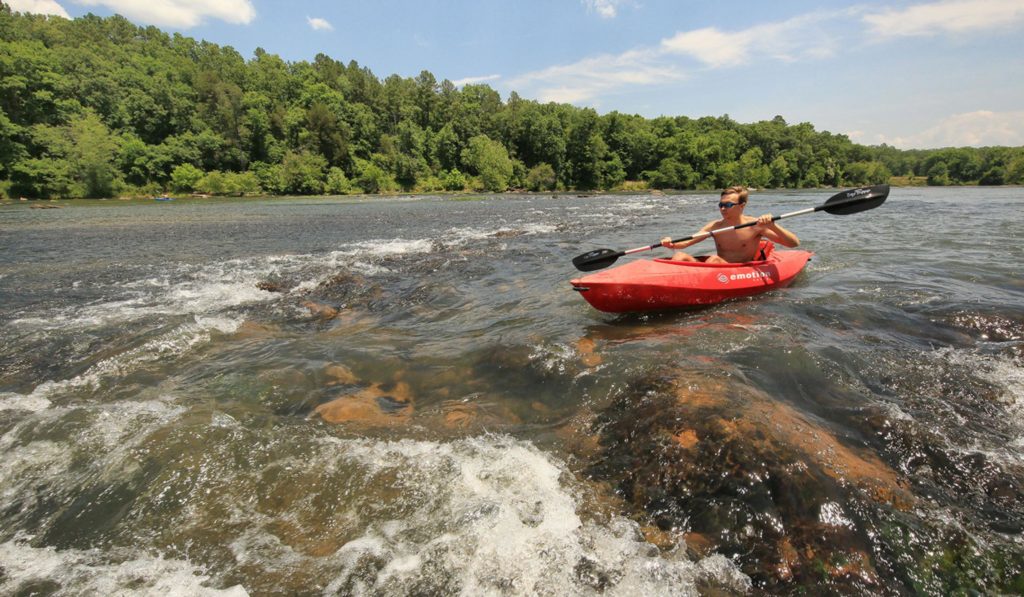 The Etowah River in Georgia, USA

The woman, at this point both van and arachnid-free, could only look on as her vehicle hit the water and began to float down-river.

Georgia State Police sent a state trooper to the western part of Bartow County to assist the woman, who remains unidentified, but by the time they arrived, the van had floated off and was out of sight.

A spokesperson from the police said: “the vehicle was apparently submerged within seconds, and a passerby had even attempted to locate it with his boat, but without success.”

It is thought that the woman’s insurance company will pay for divers to search the river to determine whether ot not the van can be salvaged.

No attempts have been made to discover the fate of the spider, however.