The Mriya, which means 'Dream', will land in Shannon Airport tomorrow with an enormous consignment of PPE (Antonov Airlines)

THE WORLD'S largest aircraft is making a special delivery to Ireland as the country continues its fight against coronavirus.

Tomorrow, 10 June, the biggest aircraft in the world, a six-engine Antonov An-225 'Mriya' jet will touch down in Shannon Airport to hand over a massive supply of Personal Protective Equipment (PPE) for Ireland's frontline staff.

Built by Ukrainian Antonov Airlines, the Mriya jet-- the only one of its kind in the world-- has been used to transport vital medical equipment all over the world since the pandemic began, and has twice broken the world record for the largest cargo carried, according to The Irish Mirror. 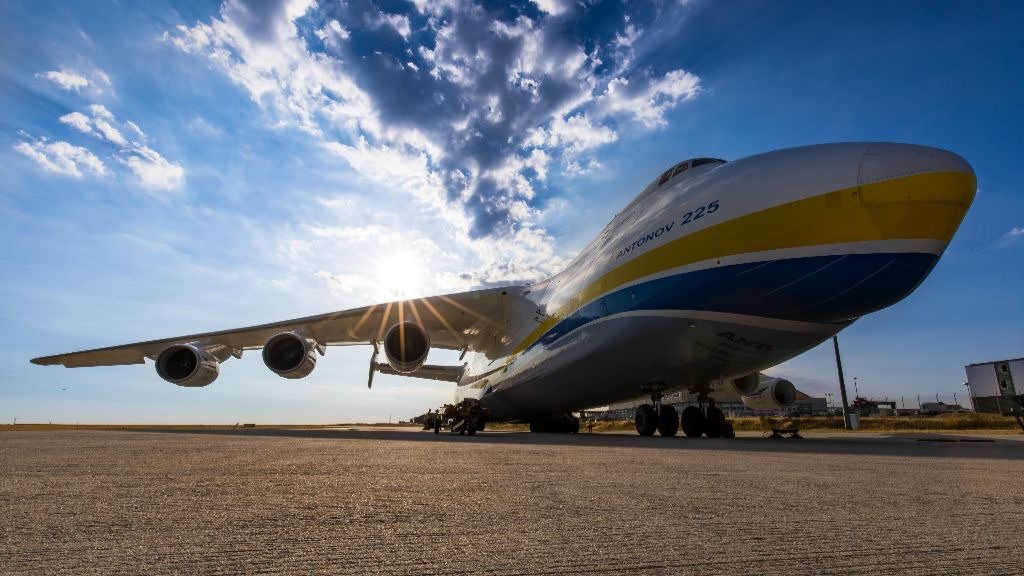 The Mriya, which means 'Dream', will land in Shannon Airport tomorrow with an enormous consignment of PPE (Antonov Airlines)

It had been due to land in Shannon today, 9 June, but was delayed due to a technical issue, and so will set off from China and land in Shannon tomorrow, dropping off a huge consignment of PPE before continuing on to the Ukraine.

I have a dream that more Mriya jets ✈️ will glide through the sky one day #CreativeMonday pic.twitter.com/L1Km0FRrZw

The six-storey-high jet's massive size and weight means that Shannon Airport in County Clare is the only airport in Ireland capable of handling the plane, thanks to its enormous 3,199m runway.

Shannon has been handling the delivery of multiple consignments of PPE since the pandemic took hold in the Republic of Ireland, with several high-profile Irish celebrities also doing their part to bring the essential items into the country.

In March, MMA star Conor McGregor announced he was purchasing €1 millon worth of PPE to support the efforts of frontline healthcare workers across the country.

Multiple consignments of PPE have now found their way to Irish hospitals and nursing homes thanks to the generous donation.

Meanwhile, the members of U2 donated a whopping €10 million to help source and purchase over 40 tonnes of PPE gear-- an amount which, in normal times, would be a 13 year supply.

While the numbers of confirmed coronavirus cases in Ireland continues to drop, CMO Dr Tony Holohan has warned that "mission has not been accomplished" and Irish citizens must continue to adhere to social distancing measures as the country enters phase 2 of the lifting of restrictions.