THE family of a Cork toddler who was badly injured in a hit-and-run six weeks ago have revealed that he could be discharged from hospital later this month.

Zac Higgins, who turns three this summer, was left in an induced coma after being struck by a vehicle which failed to stop outside his home on Skehard Road in Cork city back on March 25.

The youngster suffered a diffuse axonal injury (DAI) to his brain, a broken shoulder blade and a broken collarbone in the horrific smash and has been recovering at Temple Street Hospital, Dublin ever since.

His parents Paul and Aishling, who previously said it was a "miracle" that their son was still alive, have shared yet another uplifting update on Zac's recovery.

Paul told Cork Live: "Zac is improving day on day, we found out yesterday he has a fractured hip which was a blow really.

"He is up and about so just hoping it's not too much of a set back."

Zac is a few weeks off being released from hospital but everyone's fingers are crossed that he'll be back home as soon as possible, according to the Irish Mirror. 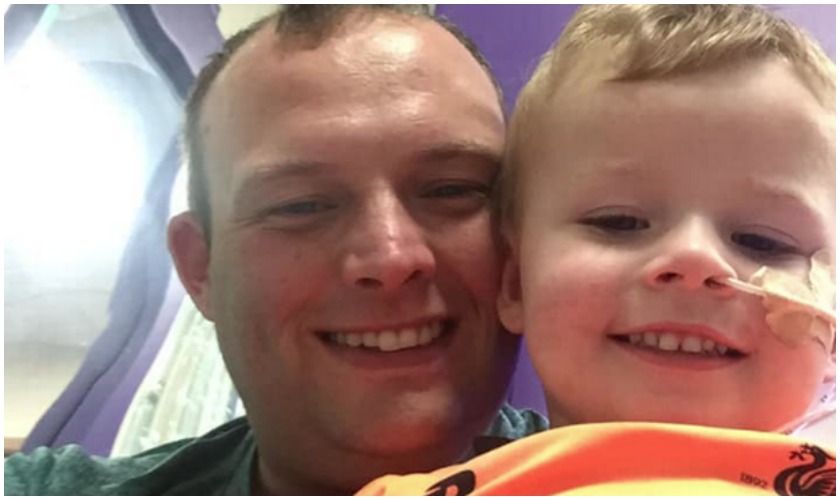 Local GAA team Blackrock National Hurling Club raised over €2,000 for the toddler with a coffee morning last week to help aid his recovery.

Additionally, hundreds have donated to a GoFundMe page set up to help cover the treatment costs - with over €45,000 raised so far.

A message on the GoFundMe page reads: "Zac Higgins is a 2 years and 8 month year old bubbly toddler like any child his age, loves football and loves playing with his family and friends.

"Zac was full of the joys of life up until Monday 25th March 2019. He was playing football in his front garden and the ball went out onto the road outside his house which is a Cul De Sac.

"Zac followed the ball like any toddler would do but was struck by a car and has since suffered severe injuries. The car failed to stop.

"To the shock of family and neighbours and the community Zac was treated by emergency services and rushed to the Hospital in Cork City."

"Later on that evening Zac was put into an induced coma and transferred up to the Temple Street Children's Hospital and rushed to intensive care."

"Zac's progress has been constantly monitored and his treatment is currently ongoing."

Cork City FC will play Ringmahon Rangers in a charity match on Sunday, May 12 to continue raising funds for little Zac.