The 18-year-old sealed his second goal of the season in style at the beginning of the second half.

Baggies ‘keeper Jack Rose was unable to get anywhere near Warde’s rocket of a shot as it sailed into the top right corner of the West Brom goal.

Warde has been with Huddersfield since 2014 after signing from his local junior side Mungret Regional as a 16-year-old.

The Terriers mid-fielder made his debut for Republic of Ireland U18s last March. 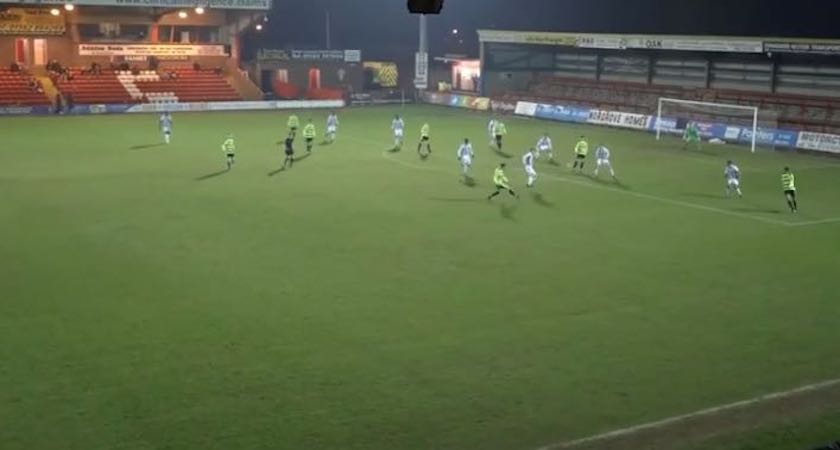 The young Irish footballer takes aim at goal, see it in action below

He is described by the club as a technically gifted athlete with good awareness and an impressive range of passing.

Republic of Ireland are currently blessed with a number of promising young talents despite last year’s European Championships being the second competition in a row where Ireland have had the oldest squad.

Talents such as Olamide Shodipo and Ryan Manning at QPR, Liam Kelly at Reading and Warde himself are cause for optimism for fans of the boys in green.