A LOYALIST massacre of Catholic football fans as they watched Ireland’s 1994 World Cup win over Italy in their local bar is to feature in ESPN’s popular 30 for 30 series.

The documentary will feature the Loughinisland Massacre which took place on June 18 1994 when six supporters lost their lives.

Called Ceasefire Massacre, the film will attempt to examine how the shooting affected the peace process that was reaching its climax at the time and the major efforts that were taking place to bring about an IRA ceasefire.

Oscar-winning documentary maker Alex Gibney (The Armstrong Lie, Taxi to the Dark Side) will co-direct the 30-minute documentary.

An ESPN promo describes the atmosphere surrounding the game: “The sense of optimism is infectious.

“The Celtic Tiger is in its infancy, Bill Clinton’s decision to grant a visa to Irish Republican leader Gerry Adams has propelled the peace process forward and Jack Charlton’s team are walking onto the pitch before 75,000 fervent spectators made up of Irish, Italians and Americans of Irish and Italian decent.”

On the day of the shooting two loyalist gunmen burst into Heights Bar in the County Down village at the start of the second-half of the match and opened fire on the customers.

Both sides of the community in Ulster were outraged by the deaths and weeks later Catholic and Protestant paramilitaries announced a ceasefire. 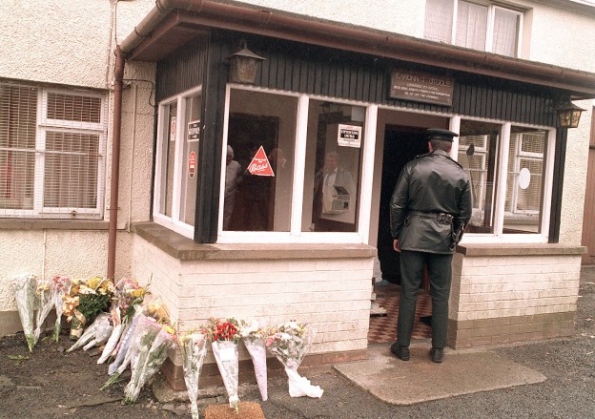 At the time, Irish soccer fans were shocked by the news as they celebrated Ray Houghton’s goal in the famous 1-0 win over Italy at the Giants Stadium in New York.

A statement from ESPN said: “After 25-years of conflict, Ireland and her people longed for peace and prosperity but the brutalities of the violence in the North were never far from the surface.

“The gunning down of innocent men as they watched a soccer match marked both a low-point and a turning-point in the Northern Ireland conflict; one that would ultimately contribute to the paramilitaries on both sides calling ceasefires just weeks later.”

The 30 for 30 series has been critically acclaimed and will also feature a film on the Hillsborough disaster, ahead of this year's World Cup in Brazil.