AUCKLAND, NEW ZEALAND - JULY 02: Beauden Barrett of New Zealand is challenged by Dan Sheehan of Ireland during the International test Match in the series between the New Zealand All Blacks and Ireland at Eden Park on July 02, 2022 in Auckland, New Zealand. (Photo by Dave Rowland/Getty Images)

THE SECOND test between Ireland and New Zealand will take place this weekend and Beauden Barrett believes that Ireland will raise their game in Dunedin.

The fly-half played in the first test, where the All Blacks won in a 42-19 victory last Saturday.

Ireland have never beaten New Zealand on home soil before and Barrett knows that Ireland will come into the second test with added motivation to avenge the first defeat in Auckland.

"They're such a proud side," Barrett said. "They'll raise their intent because it's do-or-die, the series is on the line this weekend. We know they're coming so we need to rise as well. We're getting prepared for another brutal test.

"We know they're going to respond and so do we. We need to be better too."

Ireland will take solace from the fact that they managed to score three tries against the three-time world champions. Scores from Ringrose, Earls, and Aki were consolations for the visitors, but Barrett knows that there needs to be an improvement from New Zealand.

"We want to take our game to another level, and we have already identified many areas to get better," Barrett added.

"Obviously, there were some missed opportunities out there on the weekend. And although it was our first go at it, we would like to improve a lot."

Ireland's forward's coach Paul O' Connell knows that New Zealand will improve on areas of concern in the second game this coming weekend.

"I’m sure they (New Zealand) will dissect us and find weaknesses they didn’t get a chance to expose in the game.

"For us, trying to think a step ahead and review our game in detail, so we can see where we can get better as well as the areas, they did expose us in.

"Equally, we have got to try and find things that we missed in game.

"It’s all hands-on deck this week with plenty of work to do."

Stuart McCloskey been drafted into the came to replace the injured Ulster team-mate James Hume.

Ed Byrne will also join the camp. Hooker Rob Herring and Leinster out-half Harry Byrne are expected to take a full part in training this week.

Jeremy Loughman and Dave Heffernan are following HIA protocols and will have to follow concussion procedures for 12 days. Johnny Sexton will complete the HIA process today.

Mack Hansen has recovered from Covid and free to train, while Finlay Bealham is close to returning for the same reason. 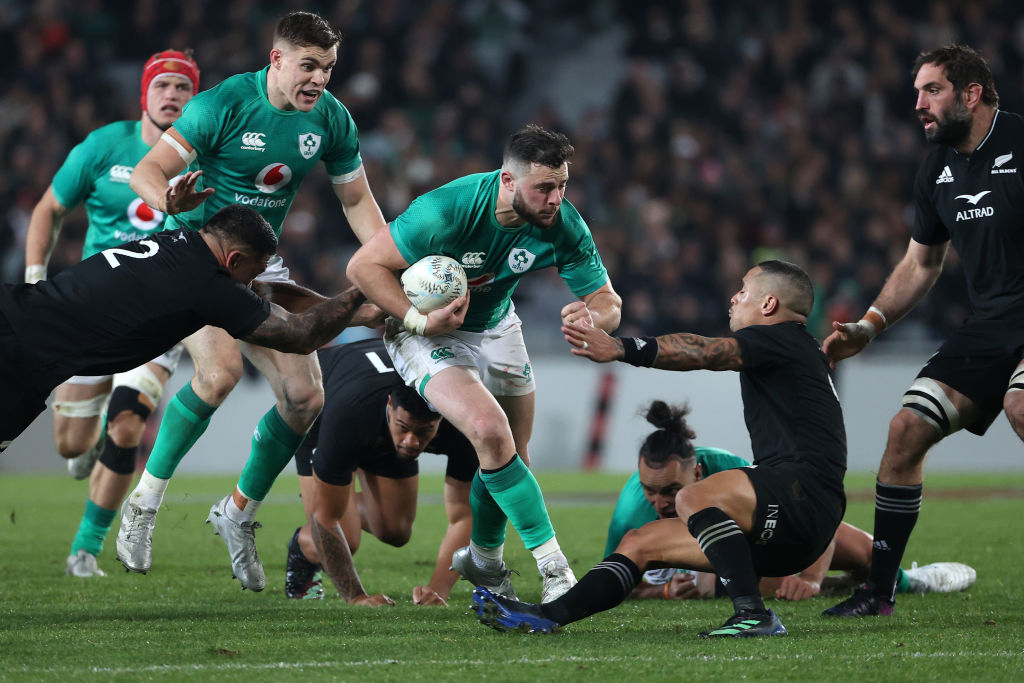