PORTO, PORTUGAL - MAY 29: Cesar Azpilicueta of Chelsea lifts the Champions League Trophy following their team's victory in the UEFA Champions League Final between Manchester City and Chelsea FC at Estadio do Dragao on May 29, 2021 in Porto, Portugal. (Photo by Pierre-Philippe Marcou - Pool/Getty Images)

BELFAST will host the 2021 UEFA Super Cup match between Chelsea and Villarreal, the Irish FA has confirmed.

Initially, the match was given to Istanbul, Turkey after the city lost its Champions League final hosting duties at the last minute due to Covid-19 concerns.

But due to the growing health issues in the country, UEFA made the decision to strip Istanbul again.

Turkey's loss, though, is Northern Ireland's gain, with Champions League winners Chelsea set to face Europa League winners Villarreal at Windsor Park in August at the start of next season.

Irish FA chief executive Patrick Nelson told irishfa.com: "We have kept in close contact with our partners at UEFA on the matter and following these discussions we are delighted that they have confirmed that the game will stay in Belfast." 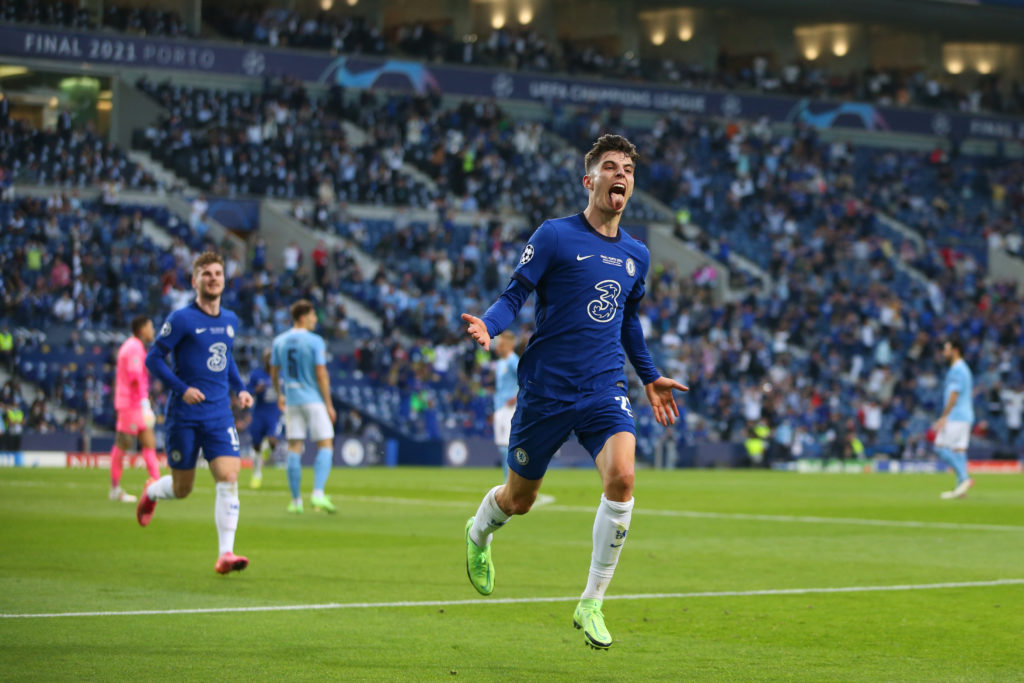 PORTO, PORTUGAL - MAY 29: Kai Havertz of Chelsea celebrates after scoring their side's first goal during the UEFA Champions League Final between Manchester City and Chelsea FC at Estadio do Dragao on May 29, 2021 in Porto, Portugal. (Photo by Jose Coelho - Pool/Getty Images)

Details on attendance and ticketing arrangements have yet to be finalised and will be announced at a later date.

The Super Cup has been running since 1973 and traditionally features the winner of the European Cup (Champions League) against the winners of the UEFA Cup (Europa League).

On Saturday, Chelsea saw off Pep Guardiola's Manchester City to secure their second ever European crown, thanks to a first-half goal from Kai Havertz.

Villarreal meanwhile overcame Manchester United in a tense Europa League final last week, winning on penalties after an incredible 21 consecutive spot-kicks were converted. United goalkeeper David De Gea was on the only player to miss.