DUBLIN'S world famous Croke Park stadium is not likely to be in use for sports purposes until at least 2021.

As the coronavirus pandemic continues to sweep the world, social distancing measures required to prevent its spread in Ireland have seen the Government announce it is unlikely there will be any mass gatherings – which would include sports matches – for the remainder of this year.

So, while we can’t currently visit the hallowed GAA stadium, we can explore the story of where it got its name…

Let's start at the end.

Archbishop Thomas Croke is buried in the mortuary chapel of the famous Pisa-like Thurles Cathedral of the Archdiocese of Cashel and Emly.

Here, since July 22, 1902, many a Thurles man, woman and child were waked on the grave of Archbishop Croke.

There is a white stone bust still to be seen there, but the beautiful mosaic of Archbishop Croke – complete with mitre and crozier - has been carpeted over as the chapel is now used for Blessed Sacrament adoration.

Of course, this significant clergyman is best remembered worldwide today when the name Croke Park (Páirc an Chrócaigh,) is mentioned.

Ireland’s premier sporting venue is named in honour of Archbishop Croke, and is often called Croker by some GAA fans and locals.

It serves both as the principal stadium and headquarters of the Gaelic Athletic Association (GAA).

A statue of the man himself stands at the top of Liberty Square, where Archbishop Croke looks over the town of Thurles.

To his left is the famous Hayes Hotel where at 3pm on Saturday, November 1, 1884, the Gaelic Athletic Association was founded.

The aims were set out - to foster and promote native Irish pastimes, to open athletics to all social classes, to aid in the establishment of hurling and football clubs which would organise matches between counties.

Within a few weeks of the organisation’s foundation, the then Archbishop of Cashel, Thomas, Croke gave this organisation his approval and became its first patron.

That tradition continues to the present day, with current Archbishop Kieran O’ Reilly in position as patron. 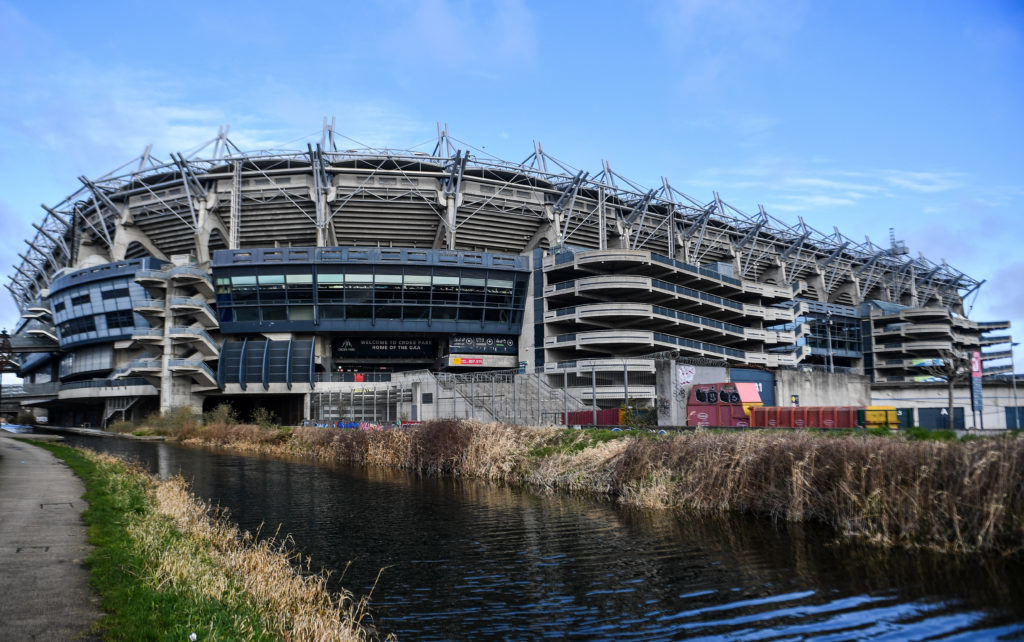 Croke Park Stadium. is currently closed following directives from the Irish Government in an effort to contain the spread of the coronavirus (Photo By Sam Barnes/Sportsfile via Getty Images)

Thomas William Croke was born in the parish of Ballyclough, county Cork, Ireland, probably in 1822 or 1823.

He was the third of eight children of William Croke, an estate agent, and his wife, Isabella Plummer, daughter of an aristocratic Protestant family who disowned her following her Catholic marriage in 1817.

After William Croke died in 1834 his brother, the Reverend Thomas Croke, supervised the education and upbringing of the children.

Sent for his clerical education to the Irish colleges in Paris and Rome, Thomas Croke won academic distinctions including a doctorate of divinity with honours.

After ordination in May 1847 he spent the next 23 years working in Ireland.

In 1858 he became the first president of St Colman's College, Fermoy, and then served as both parish priest of Doneraile and vicar general of Cloyne diocese from 1866 to 1870.

He gained the good opinion of the Irish ecclesiastical authorities and was rewarded in 1870 by promotion to the diocese of Auckland, in New Zealand.

His former professor, Paul Cullen, by then thr Cardinal Archbishop of Dublin, was largely responsible for filling the Australasian Catholic church with fellow Irishmen. 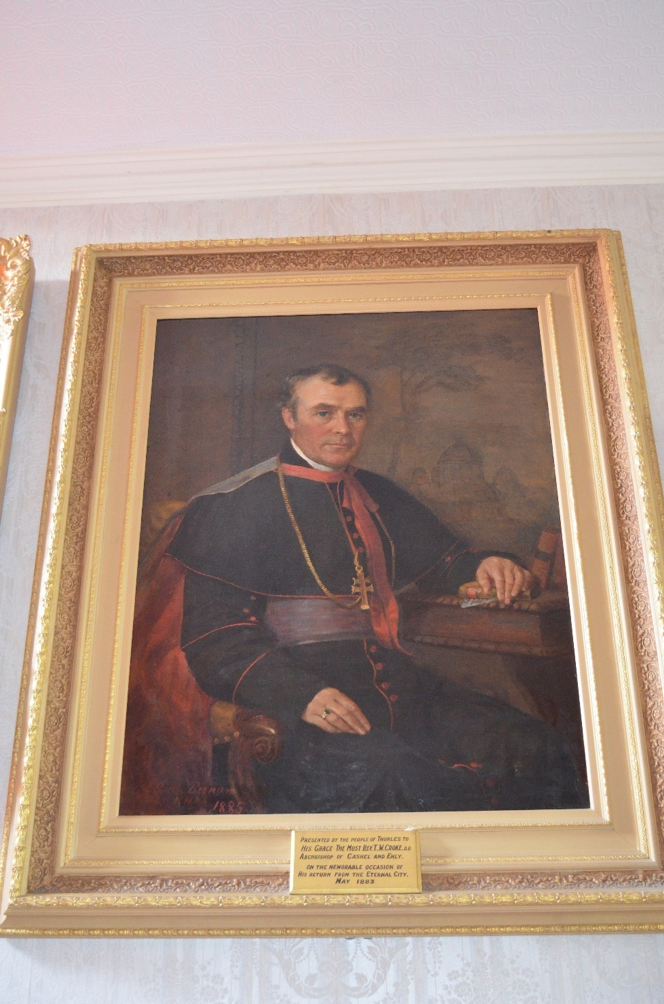 A portrait of Archbishop Thomas Croke

His strong recommendations led to Thomas Croke's appointment and that of Patrick Moran to Dunedin in 1869.

Thomas Croke arrived at Auckland on December 17, 1870. During his three years as bishop he restored firm leadership to a diocese left in disarray by his predecessor, Bishop J. B. F. Pompallier.

As well as devoting some of his considerable personal wealth to rebuilding diocesan finances, he took advantage of Auckland's economic growth following the development of the Thames goldfields to further his aims.

He ensured that all surplus income from parishes at Thames and Coromandel was passed on to him, and he instituted a more rigorous system for the Sunday collection at St Patrick's Cathedral in Auckland.

He imported Irish clergy to answer the spiritual needs of a growing Catholic community, and with Moran tried (unsuccessfully) to secure an Irish monopoly on future episcopal appointments in New Zealand.

In his intolerance of non-Irish Catholic traditions, represented in New Zealand by the Marists and Benedictines, Father Croke was typical of Irishmen appointed to bishoprics in Australasia from the 1860s.

Under him the energies of Auckland Catholicism were devoted to saving the souls of the Irish immigrant rather than to converting the Maori.

Fr Croke spent much of the first two years travelling through his extensive diocese; although from 1873 ill health curbed his activities.

During these years he spoke out in support of separate Catholic schools and their right to state aid, and voiced his opposition to secular education.

He was reported as saying, in a sermon on St Patrick's Day 1872, that 'any system of education from which religion was eliminated was detestable.'

His public remarks on this subject were less combative in tone than Moran's pronouncements; despite the fact that Auckland's Catholic schools were threatened by the provincial council's Education Act 1872, which helped to create a free, secular and compulsory education system.

Fr Croke's image was uncontroversial; there was also little sign of the strongly Irish nationalist line he would adopt during his subsequent career in Ireland. 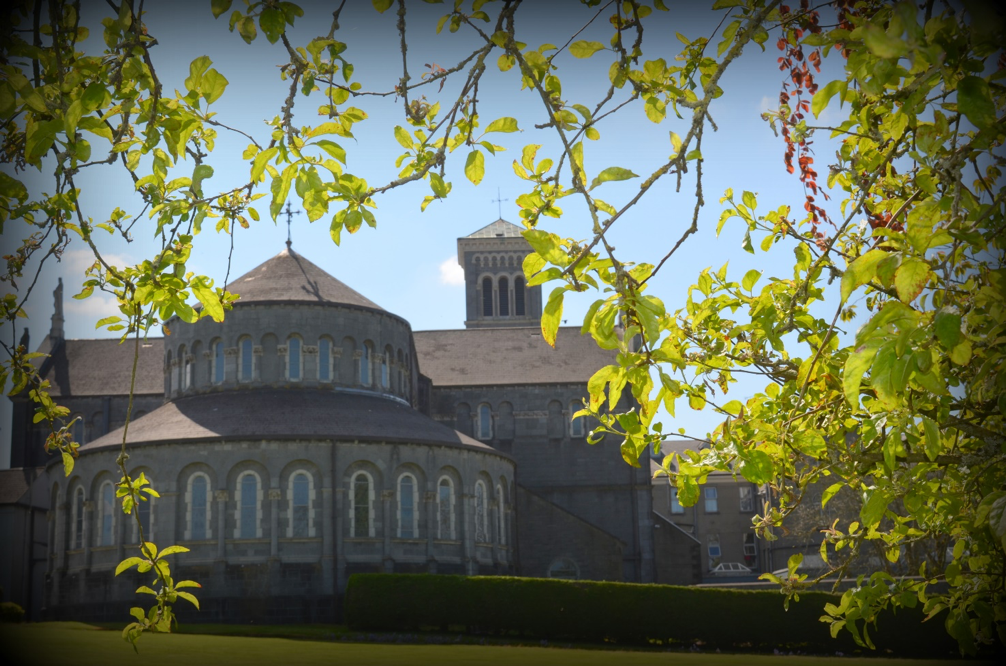 On January 28, 1874, after barely three years in office, Fr Croke departed for Europe, on what was ostensibly a 12-month holiday. He did not return.

Promoted Archbishop of Cashel and administrator of Emly, Ireland in June 1875, he became an outspoken supporter of Charles Stewart Parnell, Irish home rule, and of Gaelic games and the Irish language.

Fr Croke's distinguished career of latter years owed much to the perceived success of his mission in Auckland, a perception he did not discourage.

However, the stability his brief leadership provided was sorely lacking in the six years which were to elapse before Auckland Catholics had a bishop once again.