DENMARK have roared into the knockout stages of Euro 2020 following an unforgettable 4-1 victory over Russia on Monday evening.

Upwards of 23,000 fans in attendance at Copenhagen's Parken Stadium created a near-deafening atmosphere for 90 minutes as the Danes clawed their back from the brink of elimination.

It was the appropriately happy ending to an otherwise frightening campaign for Denmark given the events of their opening fixture where Christian Eriksen collapsed following a cardiac arrest before being desperately rusticated by medical staff.

The shock of witnessing their teammate clinging to his life likely cost them against Finland, but the incident brought Danish players and fans together when it mattered last night.

Nothing less than a win would have done for the Danes, and they duly delivered as goals from Mikkel Damsgaard - who was brought in to replace Eriken - Yussuf Poulsen, Andreas Christensen and Joakim Maehle swept the Russians aside. 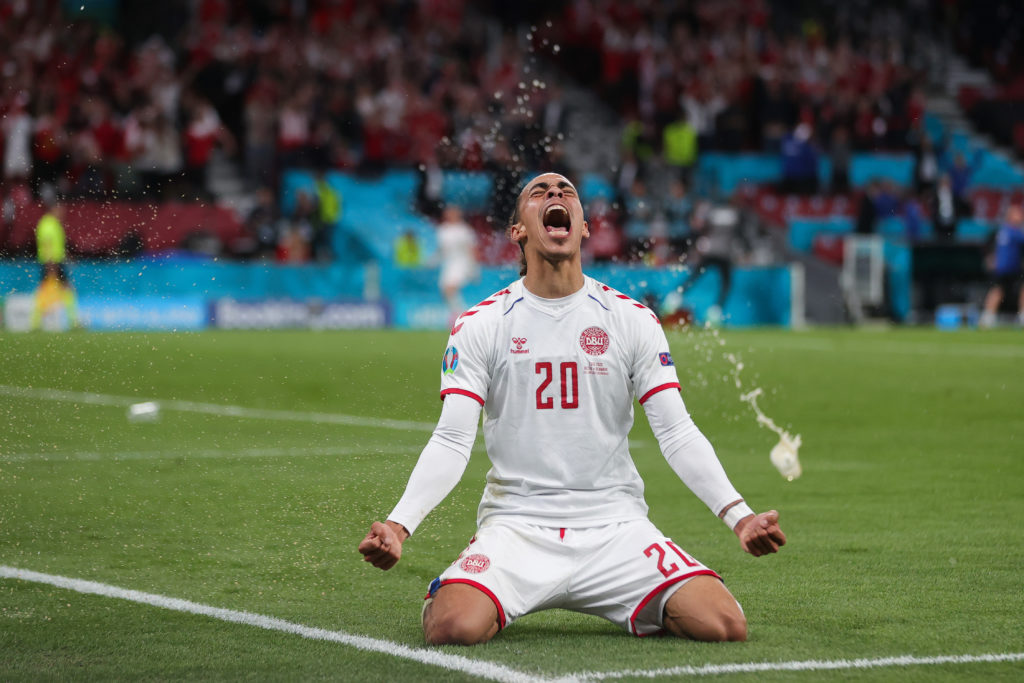 COPENHAGEN, DENMARK - JUNE 21: Yussuf Poulsen of Denmark celebrates after scoring their side's second goal during the UEFA Euro 2020 Championship Group B match between Russia and Denmark at Parken Stadium on June 21, 2021 in Copenhagen, Denmark. (Photo by Friedemann Vogel - Pool/Getty Images)

Once Belgium's 2-0 victory over Finland was confirmed -and qualification was guaranteed - the stadium erupted, deservedly.

"What a night!" said Denmark boss Kasper Hjulmand after the final whistle.

"If anyone deserves this, it's our players. I can't imagine how they managed to come back from what they went through.

"The team spirit and friendship among them was amazing.

"I want to say thank you to all the people who have supporters us and shown so much love. I don't think it would have been possible without all the support. It means the world to us." 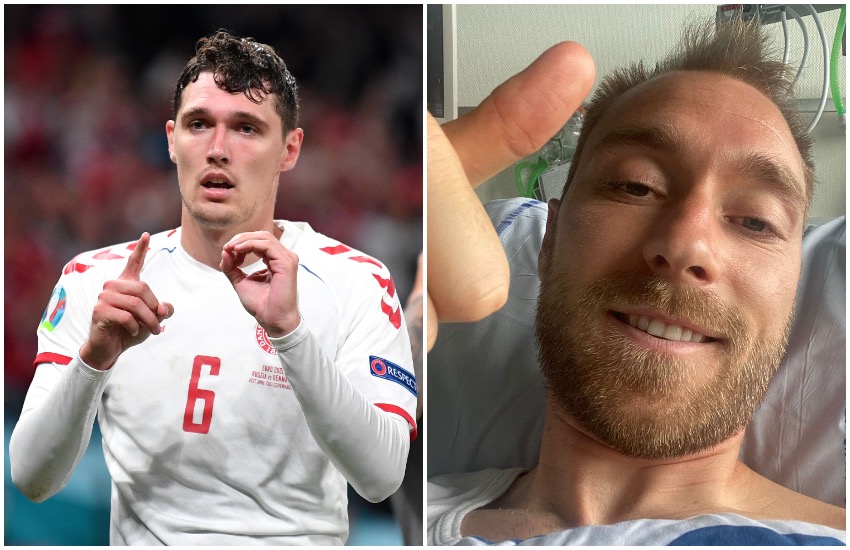 Danish midfielder Christian Nørgaard added: "There is no doubt that this win was for Christian. We have gone through so much in the time we have been together and it was no doubt in our mind that this was not going to be the final chapter.

"That it all culminated like it did was written in the stars. We go into the next game with a huge feeling that we can win it."

Denmark finished second in Group B on goal difference and will now face Wales in the last 16 in Amsterdam on Saturday.