The pressure is on for Dundalk coach Filippo Giovagnoli this week

AS their team get ready to face Arsenal this Thursday night (29th) in the Europa League, fans of Dundalk would be forgiven for feeling a contrast of emotions.

On the one hand they will be delighted to see their side pit their wits against Arsenal, a global superclub with world stars such as Pierre-Emerick Aubameyang.

But, on the other hand, they must be cursing the Covid-19 pandemic and wishing they were setting off to London to watch their team play at the 60,000-seater Emirates Stadium.

Still, at least they will take some solace in that the exposure of playing against Arsenal twice, with the return fixture in December, will serve Irish football and the coffers at Dundalk well, which will be especially welcome in the current climate with the absence of fans causing clubs financial hardship.

It is somewhat ironic that Dundalk - who beat Faroe Islands’ KI earlier this month to qualify for the Europa League group stages and lost their first match of that league against Molde (2-1) on October 22 - has done it this year.

At a time when the country’s governing body, the FAI, has gone through a period of ridicule and, more recently, transformation.

And when the League of Ireland has been widely criticised for its failures in Europe.

Indeed, it was only just a couple of months ago when Brian Kerr, on Virgin Media in Ireland, was speaking of his disappointment at the performance of Irish clubs in Europe, who often make it to the qualifiers before losing to teams originating from countries with less football backgrounds than Ireland. 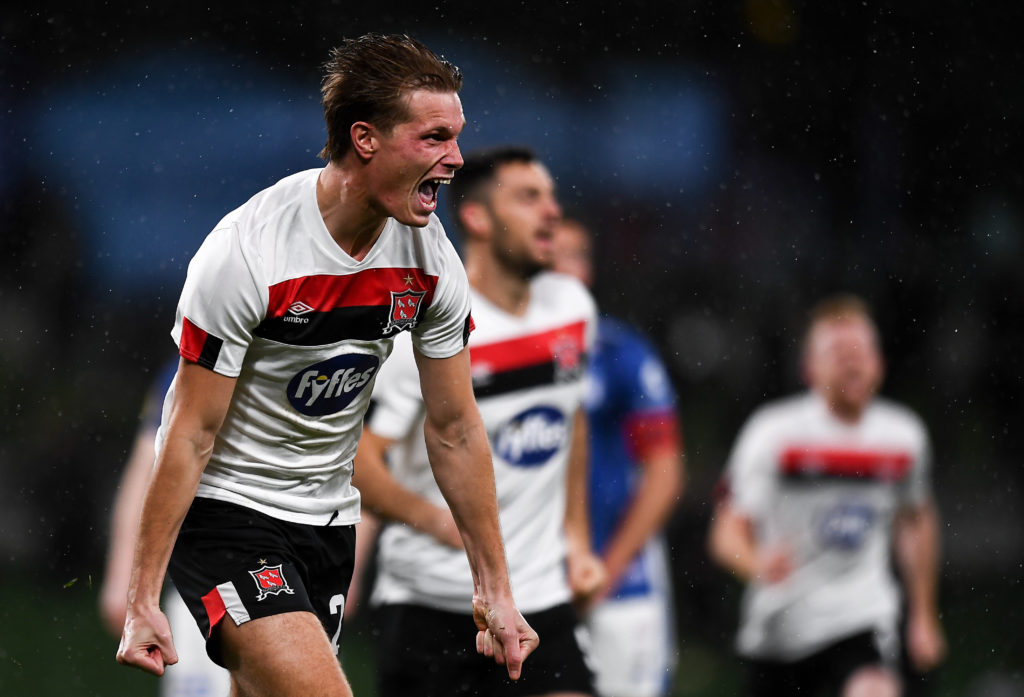 “We are actually getting worse rather than better, apart from the odd little time when someone makes a burst, like Rovers and Dundalk,” said Kerr.

“We’ve gone away from 10 years ago when, consistently, Cork, Derry, St Pat’s, Drogheda, Bohemians, Shelbourne were all capable of winning a couple of rounds and we were beating the Swedish teams on a regular basis.

“We’re slipping down, we’re slipping further behind many of the middle-ranking teams that we should be up with and we’ve got to get to that level.”

Despite Dundalk’s participation in the Europa League, Kerr is right to highlight the struggles of Irish clubs in Europe.

Dundalk were the last Irish club to qualify for the Europa League in 2016 under the current Ireland manager, Stephen Kenny.

While before that it was Shamrock Rovers way back in 2011.

It’s clear the League of Ireland has some way to go to improve its clubs and players, so that they can compete in Europe on a regular basis.

But, at the same time, Dundalk’s achievement is still worthy of praise with the difficulties of European competition and hopefully their appearance in the Europa League will inspire other Irish teams.

Up against Arsenal, Austria’s Rapid Vienna and Norway’s Molde in Group B, manager Filippo Giovagnoli, who took over from the sacked Vinny Perth in August, has a hard task getting the Lilywhites out of the group.

No doubt the Italian will need the likes of Navan’s Gary Rogers, in goal, and Dubliner Brian Gartland, at centre-half, to be strong defensively, especially against Arsenal.

While Patrick Hoban will have to be prolific up front.