IRELAND have won a second medal at the 2020 Tokyo Paralympics after Katie George Dunlevy and Eve McCrystal secured silver in the Women’s B 3,000m Individual Pursuit.

Dunlevy and McCrystal set a new World Record in qualifying of 3:19.946 to progress to the final, only to see it immediately broken by British pair Lora Fachie and Corinne Hall, who finished in 3:19.483.

That set up a gold final meeting between Ireland and Britain, with the latter just edging victory despite a determined effort from the Irish duo. 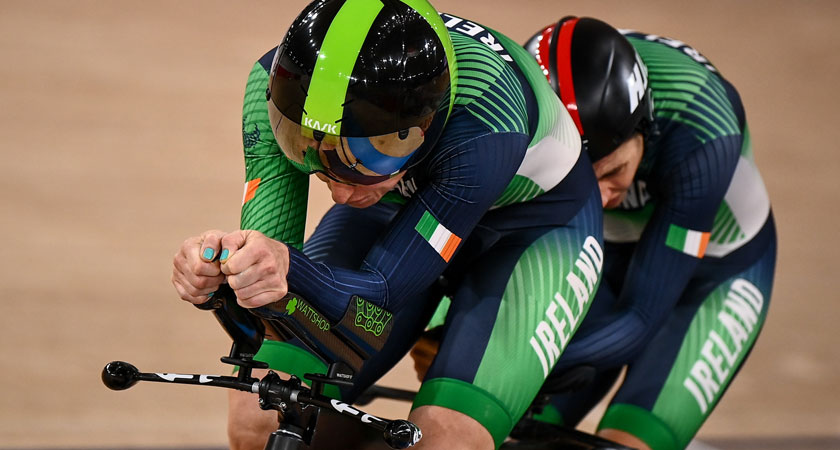 Dunlevy and McCrystal on their way to securing silver (Image: David Fitzgerald/Sportsfile via Getty Images)

Dunlevy however was delighted to secure silver, describing the medal success as 'amazing'.

"I'm in a bit of shock, it is absolutely amazing," she said,

"If someone said to me before that I would get a medal in the pursuit I would never have thought it in my wildest dreams.

"We were hoping to do a good ride and get a PB. To get that and a world record, I’m just speechless."

Britain made the better start in the final, before Dunlevy and McCrystal managed to reel in their rivals in the middle thousand meters.

However Fachie and Hall ultimately re-established their lead before crossing the line to win gold in 3:19.560, two seconds ahead of Ireland.

Dunlevy's pilot McCrystal said they left nothing on the track in their pursuit of gold and was proud of their efforts.

"I think we did ourselves proud, we left nothing to chance, no stone was left unturned by our coach Neill (Delahaye) and Cycling Ireland,” she said.

"He made sure that we would get here in best possible form. 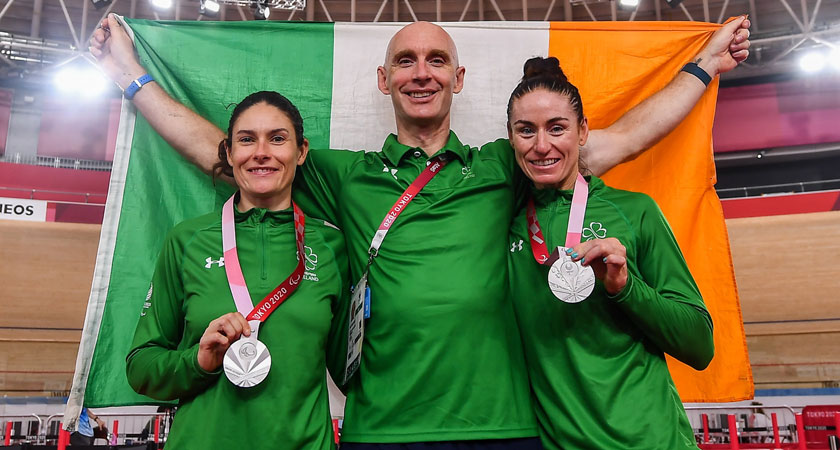 "To get that performance, I just can't believe it.

"I'm so proud of Katie and I know she is proud of me — I am just so happy that we did this."

The success is only the third medal ever for Ireland on the track at the Paralympic Games.

Dunlevy and McCrystal previously tasted road cycling success when they won gold in the Women's B Road Time Trial at the 2016 Paralympics in Rio.

Also in Tokyo, Martin Gordon and Eamon Byrne produced a brilliant performance to finish fifth in the Men’s B 1,000m Time Trial final.

The duo set a personal best of 1:01.545 at the Izu Velodrome, where Britain's Neil Fachie and Matthew Rotherham took gold with a new World Record time of 58.038.