IRELAND'S Paralympic team has added to its medal haul following Katie-George Dunlevy and Eve McCrystal's emphatic victory in the Women's B time trial at the Fuji International Speedway in Tokyo this morning.

The cyclists finished in a time of 47:32:07, almost an entire minute in front of Great Britain, who took Silver.

Dunlevy and McCrystal secured Ireland's third Gold medal at the Paralympics so far, and the sixth medal overall.

It's also their second medal of the Games, after taking home a Silver medal in the Women's B 3,000m Individual Pursuit on Saturday.

As such, they've matched their own medal tallies from Rio 2016, where they both secured a Gold and Silver medal.

"It means the world to me, working for five years towards this," said Dunlevy. 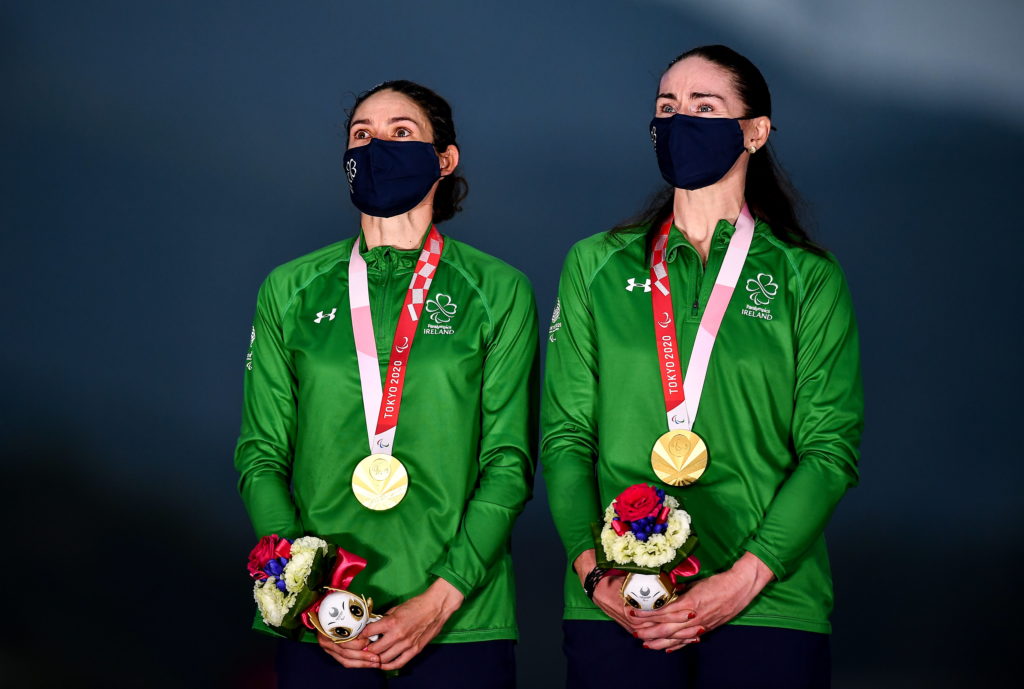 Shizuoka , Japan - 31 August 2021; Eve McCrystal, right, and Katie George Dunlevy of Ireland, during the playing of the Ireland national anthem after winning gold in the Women's B Time Trial at the Fuji International Speedway on day seven during the Tokyo 2020 Paralympic Games in Shizuoka, Japan. (Photo By David Fitzgerald/Sportsfile via Getty Images)

"We wanted to come here and retain the title but really wanted to get the best out of ourselves and have a good ride and hope that would give us a medal and then a gold medal.

"Just for kids or adults at home with a visual impairment that our success today shows that you can do anything you want to do. There is nothing you can’t do. This might inspire them and I know it gives pride to the people at home and just up lift people after two of the pandemic."

Earlier in the day, hand cyclist Gary O'Reilly claimed Bronze in the H5 Time Trial, winning a medal in his first Paralympics.