IRELAND will play their first ever full Test against England at Lords in 2019, Cricket Ireland have confirmed.

Cricket Ireland have also confirmed that a one-day international between the two sides will be played on May 3 2019.

Ireland captain William Porterfield said: “It’s matches like these that players dream about – to play at Lord’s in 2017 in a one-day match was special, but to play a Test will be truly memorable.

“Our first Test against Pakistan in May was an historic occasion but has only served to increase the players’ hunger to challenge themselves again in this arena.

“Test cricket is the pinnacle of our sport and to compete with the best you have to play the best.”

Porterfield is also encouraged by the progress of young players on the Irish cricket scene and believes the progress made over the past 18 months now gives them the foundation to display their skills to the wider world. 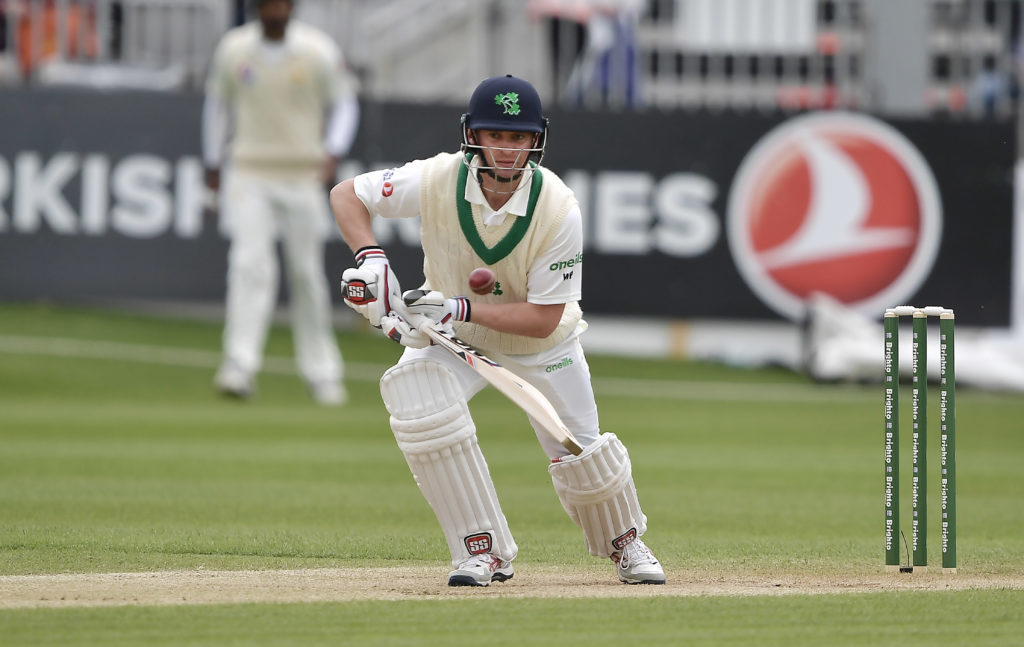 William Porterfield during the fourth day of the international test cricket match between Ireland and Pakistan in May in Malahide, (Photo by Charles McQuillan/Getty Images)

He said: “When I look around the Irish cricket scene I see a lot to be positive about. We have a core of experienced internationals, surrounded by an impressive crop of youngsters coming through the system.”

“Just look at the recent Ireland Wolves tour to Scotland, the inaugural Inter-Provincial T20 Festival in Dublin and even at the Ireland Under-15s with their recent success in Middlesex.

“All across the board there are up-and-coming players who are now determined to push for higher honours and make a career out of cricket. It’s an exciting time for the sport, the players and the fans.”

For Cricket Ireland chief executive Warren Deutrom, this is another crucial step in the development of the sport in Ireland. And an improving domestic cricket scene can also pay rich dividends for the world game.

“Coming soon after our competitive inaugural men’s Test against Pakistan in May, the confirmation of this news is incredibly exciting for us all,” he said.

“It demonstrates the growing status of Ireland as a front-line nation in the world game.

“In 2017 we played in front of a 25,000-strong crowd at Lord’s in a one-day international, which was a special day for Irish cricket. To return to the world’s most famous cricket ground only two years later to play our first Test against England will be a truly remarkable occasion and a reward for the many people on and off the field that have driven Irish cricket forward over recent decades.”

“When we set our sights on Test status it was games like this that we envisioned, and we have always believed that our passionate, sport-loving island can play its part in expanding cricket’s global reach.”