THE Epsom Derby is a traditionally British sporting event that takes place each year at the Epsom Downs racecourse.

Each year, more than 125,000 people flock to the venue to take part in a series of events, starting with Ladies Day and is shortly followed by Derby day.

The picturesque venue in Epsom Downs offers great scenes across London, with men and women honouring a strict high society dress code for the occasion. The event usually takes place on the first week in June and despite the events of the past year, this year it will still take place on the same traditional dates as usual.

For those looking to get involved in bets from a distance this year, fans can visit horseracingbetting.co.uk to place their bets. Let’s take a look at the history of the Epsom Derby and see how the event will be conducted this year.

The history of the Epsom Derby

The first Derby began back in 1780, in which the tale of how the race came to be is an embodiment of the quintessence British culture that we know today. While there are no official records to document the beginning of this event, the tale has been passed forward to the present day on how the race found its name.

It started when Sir Chalres Banbury; the President of the Jockey Club at the time, was a guest at Lord Derby; the 12th Earl of Derby, in which the two men spun a coin to determine whether the race should be called the Banbury Stakes or the Derby Stakes. Of course, it was Lord Derby who won.

From here on, the first race took place on the 4th of May, 1780, in which it was open to three year old colts and fillies. These cost 50 Guinness each and were run over a mile. In time, this evolved to become a four day race programme with two and four mile heats. This also then evolved with the addition of one and a half miles for three year old fillies. 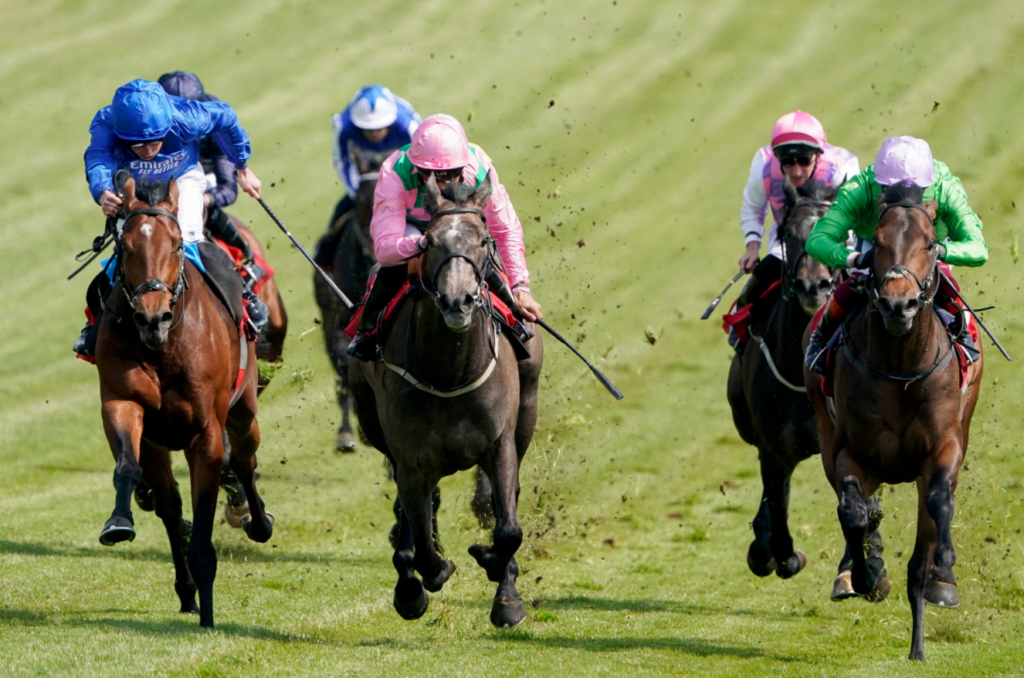 A closer look at the events

Over the years, Epsom Derby has become more of a festival, in which the Friday is usually known as Ladies Day and the Saturday is Derby Day. Let’s take a further look at these two days below.

Epsom Ladies Day celebrates the fillies of the group 1 Classic, belonging to the Oaks; a race named after the Earl of Derby's house. There’s also an annual style award competition in which there are some exciting on track prizes to be won.

This glamorous day ends in style with a grand after party held on the Hyperion lawn. The after party event is known to feature world class DJ’s, enticing people to the event from across the UK.

Epsom Race Day has more of a carnival feel, with families attending and celebrating the event and world famous picnics being held on the hill. There’s a variety of catering and entertainment to accompany the races in which the day couldn’t be more of an embodiment of British culture.

Queens Stand - At the heart of the action on the finishing line and above the weighing room. This stand is best for those who want a prime view of the Winner’s Circle. Ticket holders of this stand are also able to access the Duchess stand, allowing additional access to bookmakers’, as well as the main public betting hall and Derby Village.

The Grandstand - This is where the Duchess stand is located and offers more of a relaxed atmosphere and views from the bookmakers ring. This stand gives you additional access to the Paddock and bookmakers facilities.

The Lonsdale Enclosure - This is where the famous open top busses are that line the closing yards at the finish of the track. The grass enclosure here allows you to get right up in the action

at the rails as the horses shake the ground as they come running past. It’s worth noting that you should bring your own catering to this area.

The Upper Tattenham Enclosure - This area offers the best of both worlds as not only does it place you in the heart of the action at the side of the track, there’s also betting facilities located in this area so there’s no need to venture far. Your own catering can also be brought into this area.

Hillside Enclosure - This area is relatively new and has been designed exclusively for families. It offers the most convenience with facilities including bathrooms, bars, toilet facilities, picnic tables and catering units. There’s also a big screen to watch the races, still allowing you to get up close to the action. There’s also family friendly entertainment throughout the day to keep the kids entertained.

So what are you waiting for? This year’s Epsom Derby Races are not to be missed.

O’Donoghue’s success shows you always have a chance