UNTIL 2012, Pat O’Callaghan was the only Irish athlete to medal at successive Olympics, but four years ago a funny young man from Belfast called Paddy Barnes stood on the podium in London to equal that feat.

This time around Barnes is carrying the Irish flag in Rio and also a nation’s hopes. No other athlete – boxer or otherwise – stands as strong a chance of claiming gold as he does. Now 29, he has twice captured gold in the Commonwealth Games, and has also won gold and silver medals at European championships. So the experience as well as the pedigree is there.

But so is a trace of bitterness. "Until recently (when he signed a deal with bookmaking firm Paddy Power) I'd never been sponsored in my life,” he said. “The biggest pressure in London was having to medal to keep funding. Right this second, I'm one of the favourites for a gold medal in Rio but the pressure of me being favourite is nothing compared to the pressure of needing to win a medal to save funding.

"It was very, very hard for me to get a mortgage because I had no proof that I was going to be on funding for a few years. All you get are one-year contracts, and funding is reviewed after every quarter.

"I was listening to Michael Carruth on Off the Ball and he was saying about being on the dole and all. That's terrible. An Olympic champion. The only Irishman to win an Olympic gold medal in boxing. 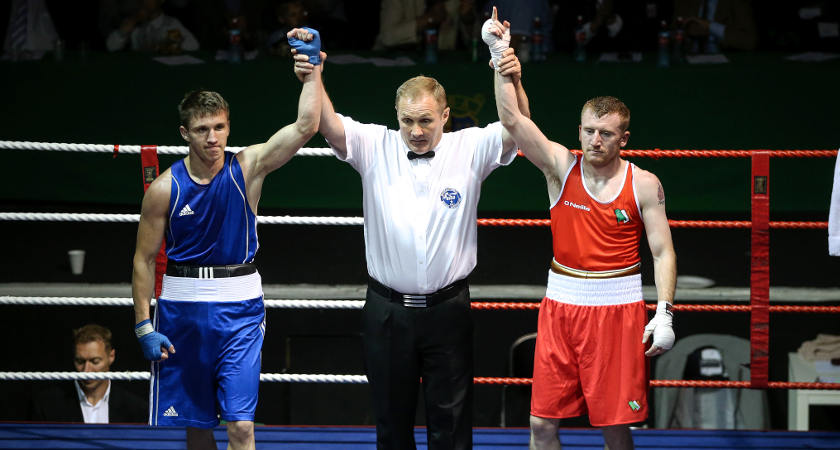 Paddy Barnes (red) in action against Russia's Vadim Kudryakov (blue) [©INPHO/Tommy Dickson]
"To be treated that way...it's a national disgrace. The government should have something in place to help those who get to the pinnacle in world sport. Something should be put in place for people who dedicate their lives to sport when they retire, whether it's a job in the Sports Council or Olympic Council, something somewhere. You can't just let them go. People dedicate their lives to the system...once they retire – or are made to retire – they get no help whatsoever."

For years the person who helped Barnes mature from firebrand youngster to world-class operator was Billy Walsh, before frustration forced the Wexford man to leave his job as Head Coach with the IABA to take up a role within the United States Olympic team.

“He was great for me, for everyone,” Barnes said. Yet if Walsh was the one who helped smooth over the raw edges, deep down, the biggest person who helped Barnes progress was… Paddy Barnes.

When he first went to the Olympics, as a 21-year-old in Beijing, he got caught up in the emotion of the event. But four years later, in London, he revelled in his surroundings, the advice he believes his Irish team-mates should heed for these forthcoming Olympics.

"You need to live in the moment. Realistically, 90 per cent of the Irish team know they're not going to medal,'' he said. "So why are they stressing themselves? Why are they getting worked up worrying that they're going to lose? 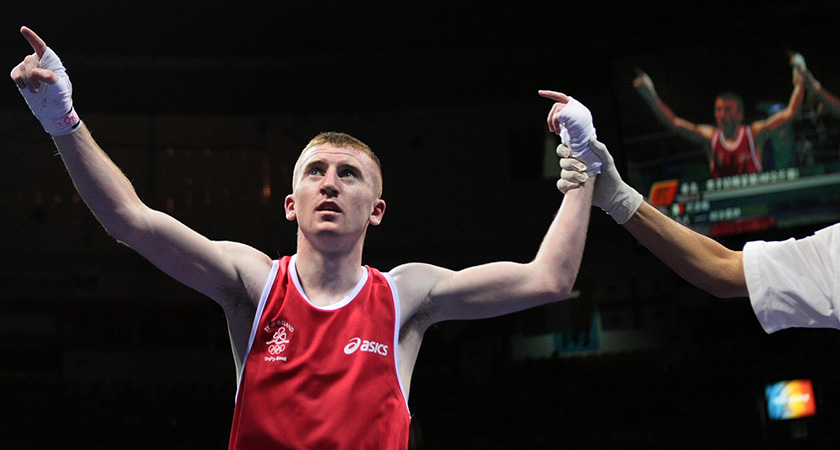 Barnes feels some of his compatriots should relax and enjoy the vent [Picture: Getty Images]
For Barnes, enjoyment comes with terms and conditions attached, though. In his own head he has to win gold this month, and he knows he has the ability to. But outside his own mind, he wonders if Ireland’s other participants in Rio share his self-belief?

"They won't win because they don't believe in themselves,'' he said. "I know that for a fact. I look at Irish athletes in other sports and they have no belief. With boxing doing so well, I think some of them look at us and go 'ah, they have three fights to get a medal, it's too easy'.

"But they don't realise how tough boxing really is, how tough it is even to qualify. With athletics, if you run a certain time anywhere, you've qualified. It's not even a world-class time, it's just a time.

What annoys him, then, is that the best golfers in the country – Rory McIlroy and Shane Lowry – aren’t travelling to Rio.

At one stage the Zika virus was given as the excuse. “Zika is in a lot of countries other than Brazil. Zika is in countries where golfers actually play Majors and where they holiday. I don’t see them pulling out of them.

“Zika is not an excuse. It’s actually very hard to catch.”

And so is Paddy Barnes.