Ireland's Lucy Quinn has been nominated for January's Women's Super League player of the month.

IRELAND'S LUCY Quinn has been nominated for January's Women's Super League player of the month.

The Republic of Ireland international plays for Birmingham and appeared in three games for the struggling blues. She didn't score, but got the better of Ireland teammate Katie McCabe's Arsenal in a 2-0 win She got another assist in the defeat to Reading at the Select Car Leasing Stadium. 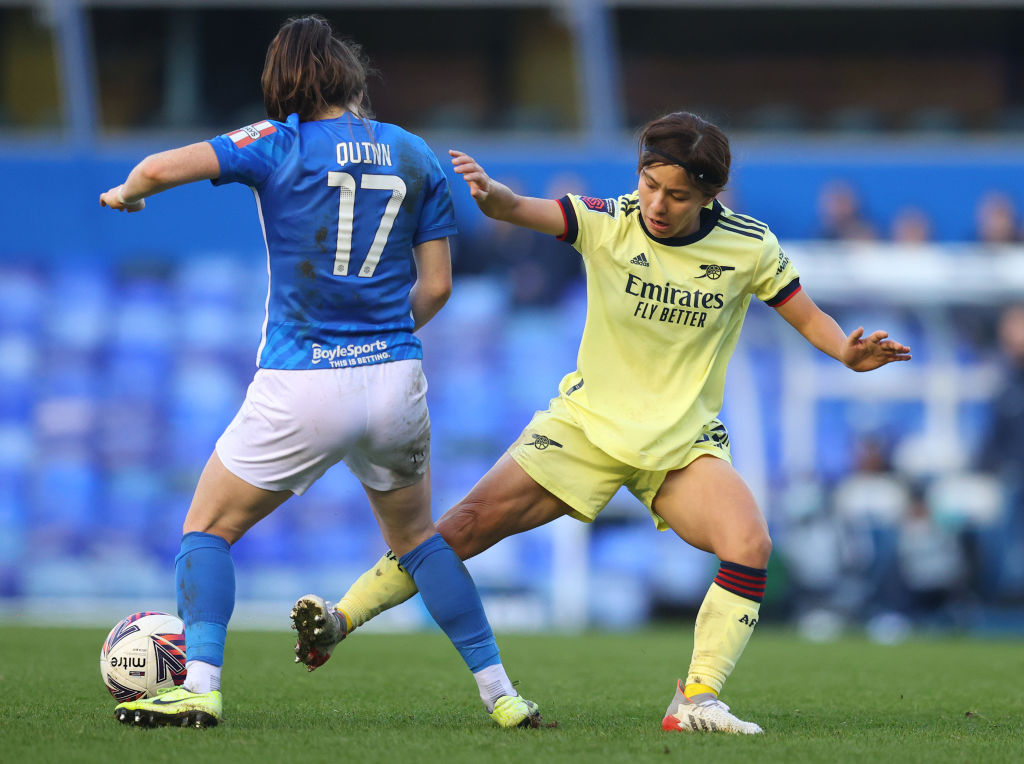 Earlier in the year Quinn spoke to Kathleen McNamee and Karen Duggan  of the The COYBIG Pod about her time at Birmingham and helping the women's game go even further.

My first spell at Birmingham was my first professional contract, my first club," Quinn said. "They really took a chance on me I guess; they gave me the opportunity to play at this level.

"So, Birmingham always had a special place in my heart and I never left on any bad notes at all. I just wanted to go and test myself, develop and pot myself in new environments.

"I always said to the club that I would never be against going back. So, when I found out that they were interested during the summer, it was definitely a conversation that I wanted to have.

"I was looking for a new challenge in my career. Obviously I am a bit older now, so being a senior player, I felt that that is what Blues needed."

Quinn's qualifies for Ireland through her Sligo grandparents even though she was born in Southampton. She's one of seven Irish players in the first-team squad.

It's time to vote for your @BarclaysFooty January Player of the Month! 👀