IRISH pair Paul O’Donovan and Fintan McCarthy eased to victory in their heat in the Lightweight Men’s Double Sculls in Tokyo today.

O’Donovan – who claimed silver in the event alongside brother Paul at the 2016 Olympics in Rio – and McCarthy finished 4.36 seconds ahead of the Czech Republic at the Sea Forest Waterway.

Both Ireland and the Czechs progress to Tuesday’s semi-finals along with Germany, Italy, Norway and Belgium. 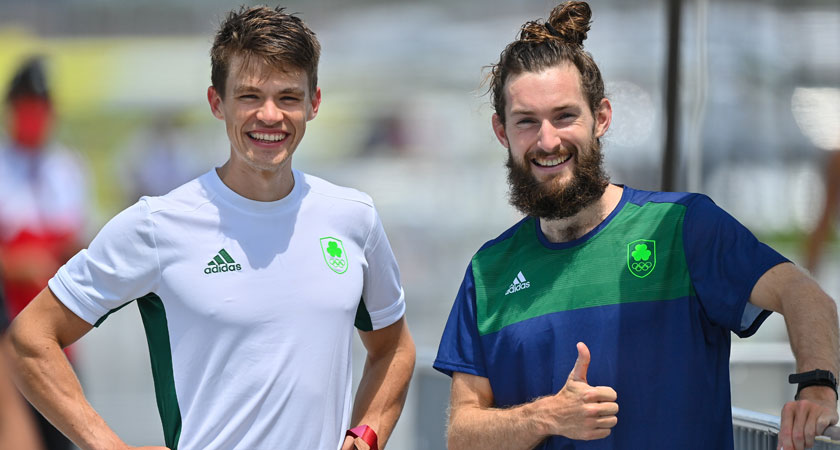 Fintan McCathy, left, and Paul O'Donovan will be hoping to secure at medal a Tokyo 2020 (Image: Seb Daly/Sportsfile via Getty Images)

Skibereen pair O’Donovan and McCarthy showed why they are one of the favourites to take gold in the event.

Gold medal winners at this year’s European Championships, they looked comfortable in the Tokyo sun as they pulled ahead of early pacesetters Uruguay before finishing comfortably ahead of the Czechs.

The pair revealed to RTÉ their unusual training regime to help them acclimatise to the conditions in Tokyo – cycling in the bathroom with the heater and shower turned on to replicate the humidity.

Also at Sea Forest Waterway today, Ronan Byrne and Philip Doyle finished third in the Men’s Double Sculls Repechage, just over three seconds behind winners Germany, which was enough to secure them a place in the semi-final following Friday’s disappointment in the heats.

There was also joy for Ireland in the Women’s Four as the team of Aifric Keogh, Eimear Lambe, Fiona Murtagh and Emily Hegarty qualified for the final. 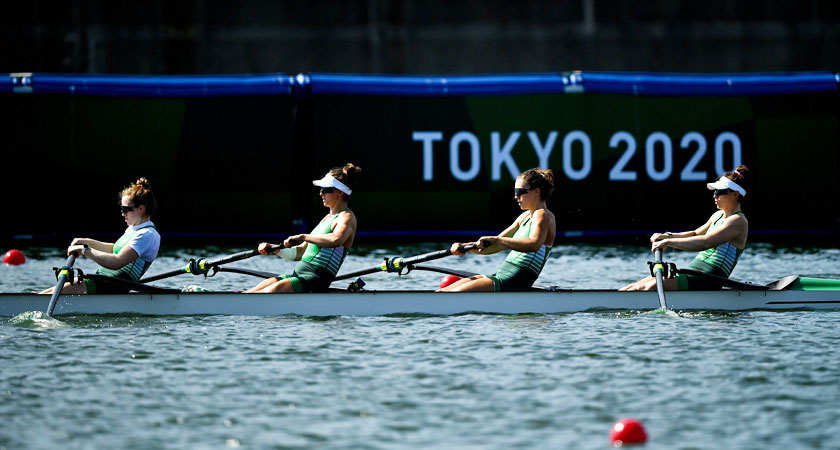 Ireland are through to the final of the Women's Four (Image: Brendan Moran/Sportsfile via Getty Images)

They finished just 0.23 seconds behind winners Australia who they will join in Wednesday’s final alongside the Netherlands and China.

Aileen Crowley and Monika Dukarska missed out on automatic qualification for the semi-finals in the Women’s Pair, finishing fourth to instead qualify for the Repechage.

It was a similar story for Aoife Casey and Margaret Cremen, who finished fifth in their heat in the Lightweight Women’s Double Sculls semi-final, leaving them relying on success in Sunday’s Repechage.

Paul O'Donovan and Fintan McCarthy are through to the Rowing World Championship final, which takes place this weekend

Munster have named their team to face Benetton in the URC, Niall Scannell will captain Munster for the second time

Matt Rogerson has penned a new contract with London Irish