IRELAND HAVE received a welcome boost ahead of their opening Six Nations game against Wales on Saturday week, Joey Carbery has been passed fit to play.

Carbery injured his elbow during Munster's win over Wasps last month, but now the out-half will now head to Portugal with the Ireland team.

The 26-year-old will now give Andy Farrell options as the out-half battles with Jack Carty, and Johnny Sexton for a starting jersey on February 5th. 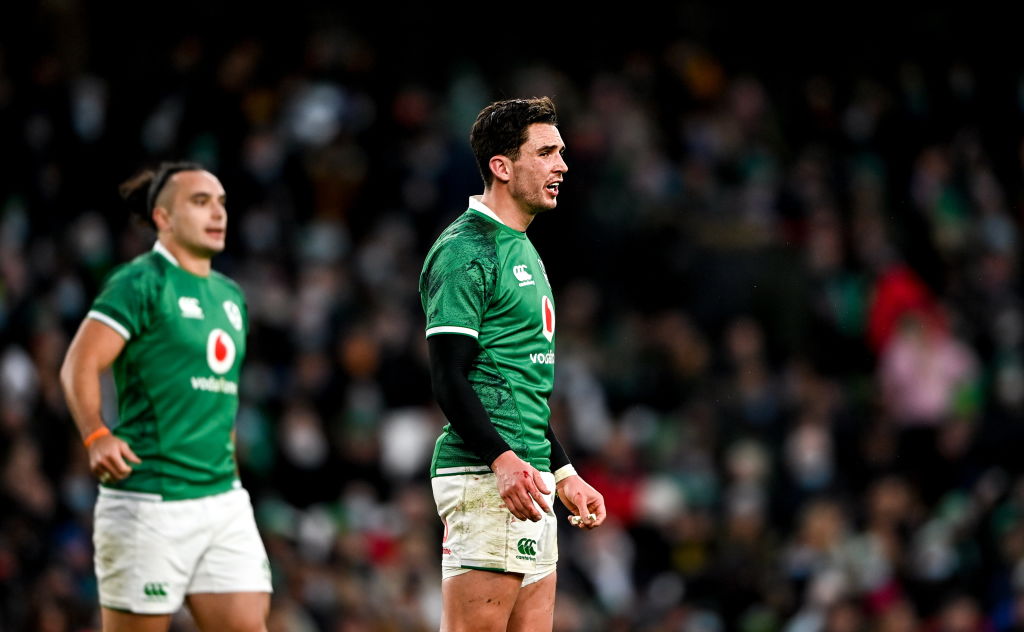 Dublin , Ireland - 21 November 2021; Joey Carbery of Ireland during the Autumn Nations Series match between Ireland and Argentina at Aviva Stadium in Dublin. (Photo By Harry Murphy/Sportsfile via Getty Images)

Farrell was speaking ahead of the launch of the Six Nations and said:

"Joey has been keeping fighting fit from week two after his injury to his elbow, so he's fit as a fiddle,” Farrell said.

“He has been doing all the ball skills, etc, constantly and the only thing he has had to wait for is to get the all-clear to get back into contact and he's had that now so it's all systems go."

Another player that has impressed Farrell is Connacht's Jack Carty. The out-half has been in fine for form for his province this year and that's not gone unnoticed.

“Obviously Connacht are playing really well as a team. I think what's helped Jack along the way as well is the captaincy, the ownership of the captaincy has been new to him, and I think some people sink or swim with that responsibility.

“It has certainly helped Jack as far as his leadership of the team is concerned. And the way that they want to play, I have been super impressed always by his game understanding etc.

“But there are other parts of his game that have really come on – his attacking game and his ability to play at the line and play square and be more connected has been very impressive.”

In other news Sexton has opened up about his Covid diagnosis, when the virus swept through the Leinster's camp last month.

“Injuries managed to pick up Covid as well so that knocked me for 10 days to two weeks so it was not an ideal prep.

"But thankfully over the last few weeks I was able to step up in training and get back on the field unscathed.”

Finally James Lowe and Ian Henderson are not expected to be fit for the opening game in eight days.

Farrell says Joey Carbery is "fit as a fiddle."

Carbery has the all-clear to get back into full contact.

He is good to go for the start of the Six Nations.