DUBLIN, IRELAND - MAY 14: Johnny Sexton of Leinster looks on during an interview after the Heineken Champions Cup Semi Final match between Leinster Rugby and Stade Toulousain at Aviva Stadium on May 14, 2022 in Dublin, Dublin. (Photo by Oisin Keniry/Getty Images)

LEINSTER CAPTAIN Johnny Sexton has said that Leinster ' have achieved nothing yet' after trouncing Toulouse in the Aviva last weekend.

Toulouse were the current European champions and had overcome every Irish test thus far in Ulster and Munster, but Leinster was a bridge too far for the French side.

Leo Cullen's side scored five tries in a 40-17 win, but Sexton has tried to dampen expectations ahead of the final this month. 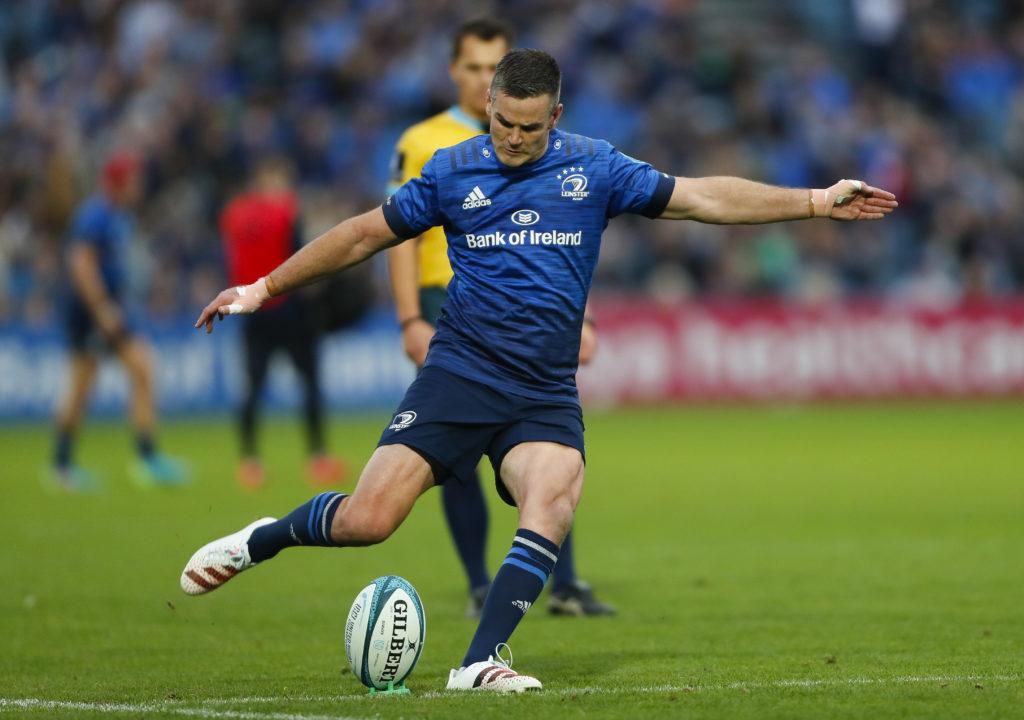 Leinster's Johnny Sexton "We need to be better again in the final because at the end of the day, Toulouse played 100 minutes against Munster, had to travel home, had to travel here again," said Sexton,

"So we've got to take it with a pinch of salt. This isn't where we wanted to get to. We want to win the final so we've achieved nothing yet."

"We did some really good things. What I was most pleased about was that we didn't let the mistakes faze us.

"Going 7-3 down when we were dominating the first few minutes, we didn't let that get on top of us and we just bounced back.

"When they scored the try to make it a two-score game again, we bounced back again.

"How we came back from the bad moments was probably what I was most pleased about.

"We did some good things and built on last week's performance. We dug in last week, it wasn't great in terms of how we used the ball but we built on it."

O' Gara's side overcame Racing 92 in the other semi-final to reach the Champions Cup final for the second year in a row.

Sexton is fully aware of the threat the French side pose for the four-time champions in May.

La Rochelle beat Leinster 32-23 in the semi-final, but lost to Toulouse in the final in Twickenham last year.

"We lost that semi-final against La Rochelle last year so…we didn’t quite deliver our best performance on the day so at this stage of the tournament you need to be delivering close to your best against the best teams in Europe.

"It is a hugely exciting challenge away against the French team regardless, away down in Marseille…it’s a different environment."

The final between the two will be played on the 28th of May at the Stade Velodrome in Marseille.

ICYMI: Leinster and Connacht have named their teams for the Champions Cup second leg