AHEAD of last night’s Nation League tie with Wales, Ireland manager Stephen Kenny spoke about the need for his players to have confidence and belief.

They were shown footage from their previous games of the chances they had created in a bid to demonstrate that this new “philosophy” for Irish football is working; but the proof as they say is in the pudding.

As Kenny and his players head home to Ireland from Cardiff following yesterday’s 1-0 defeat, they are still without a win in seven games and, even more worryingly, have not scored a goal in six.

They now face a crucial match on Wednesday, November 18, at home in Dublin, to Bulgaria where a loss would mean certain relegation from the Nations League Group B.

They will face Bulgaria without midfielders Jayson Molumby and Jeff Hendrick; both suspended, the latter having received a red card late on in last night’s match for a professional foul. 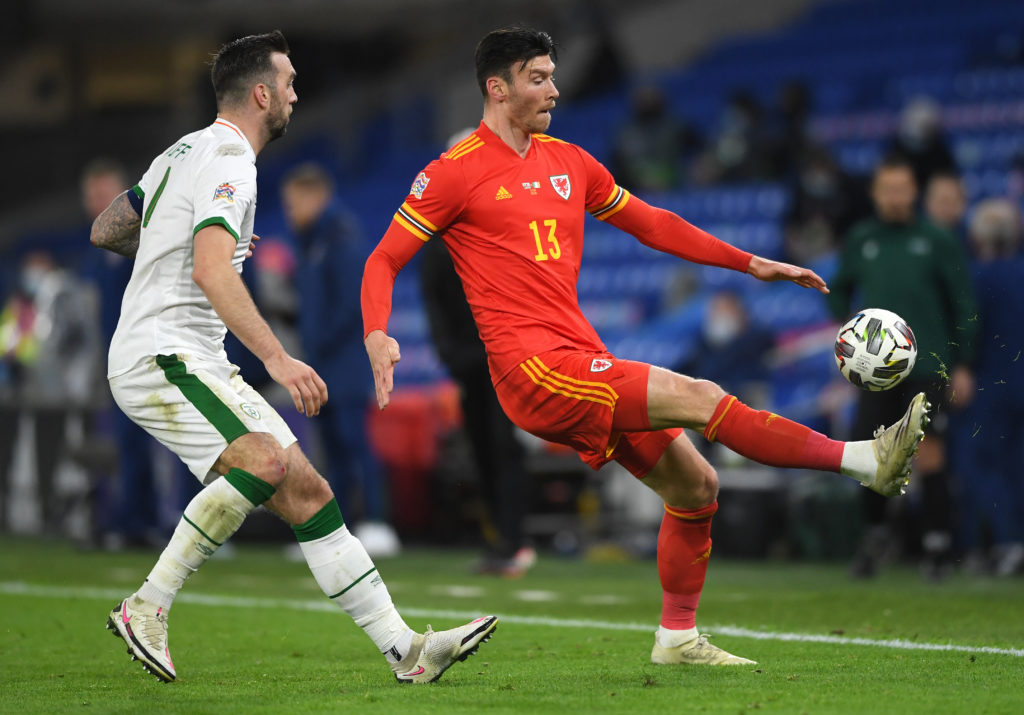 The loss of both, especially Molumby - who brings much needed energy to the midfield, leaves Kenny having to shuffle his pack again, although by now he is well used to having to make changes to his team.

Ireland started well against Wales and on the front foot, in stark contrast to their lacklustre effort versus England last Thursday (November 12).

They could easily have gone ahead three minutes in had Shane Duffy connected with a Robbie Brady cross.

Brady himself almost scored with a fine strike from just outside the box that went inches over the bar in what was overall a promising opening period for Ireland.

The back four of Duffy, Matt Doherty, Kevin Long and Dara O’Shea were well balanced and settled and kept Wales’ attackers at bay. 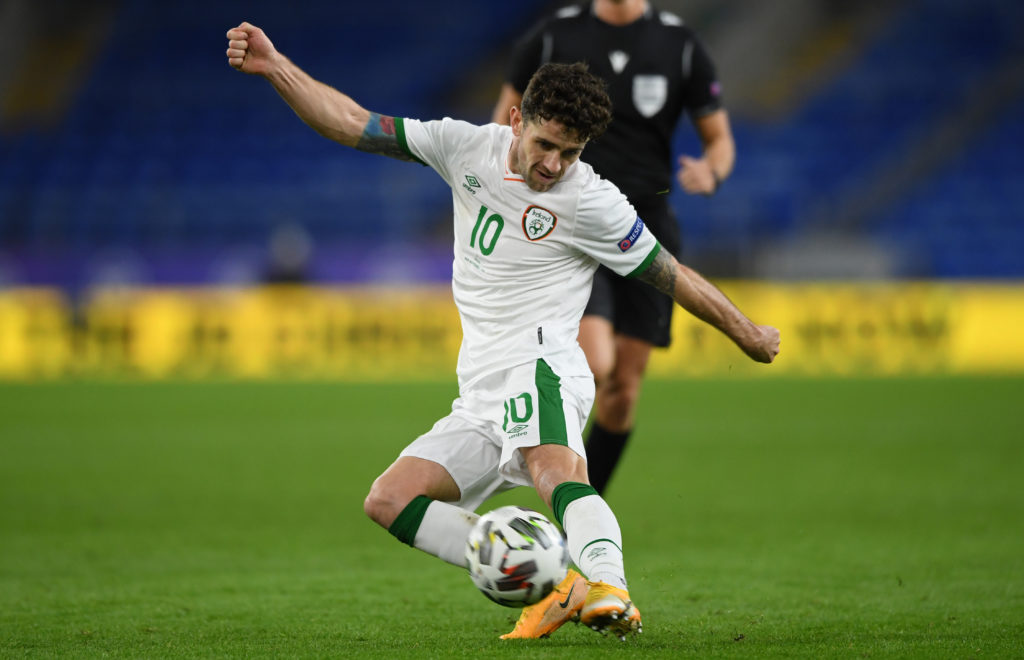 The hosts’ first chance in the game came at 24 minutes in, when Gareth Bale fired a free kick from 35 yards just over the bar.

Recent matches between Wales and Ireland have been feisty affairs and Wales could have been down to 10 men on 36 minutes had the referee seen midfielder Joe Morrell kick out at Molumby in the aftermath of a spat between the pair.

The first half finished with honours even, with Ireland having the better chances overall.

Ireland resumed after the break with the same purpose, James McClean and Robbie Brady linking up creatively and supporting 19-year-old Adam Idah up front, who held the ball up well on occasions.

Another 19-year-old, Jason Knight was introduced to the fray for Daryl Horgan on the hour mark, having been called up by Kenny from the U21s - who said he had been impressed with Knight in training and, true to his word, gave him an opportunity to shine. 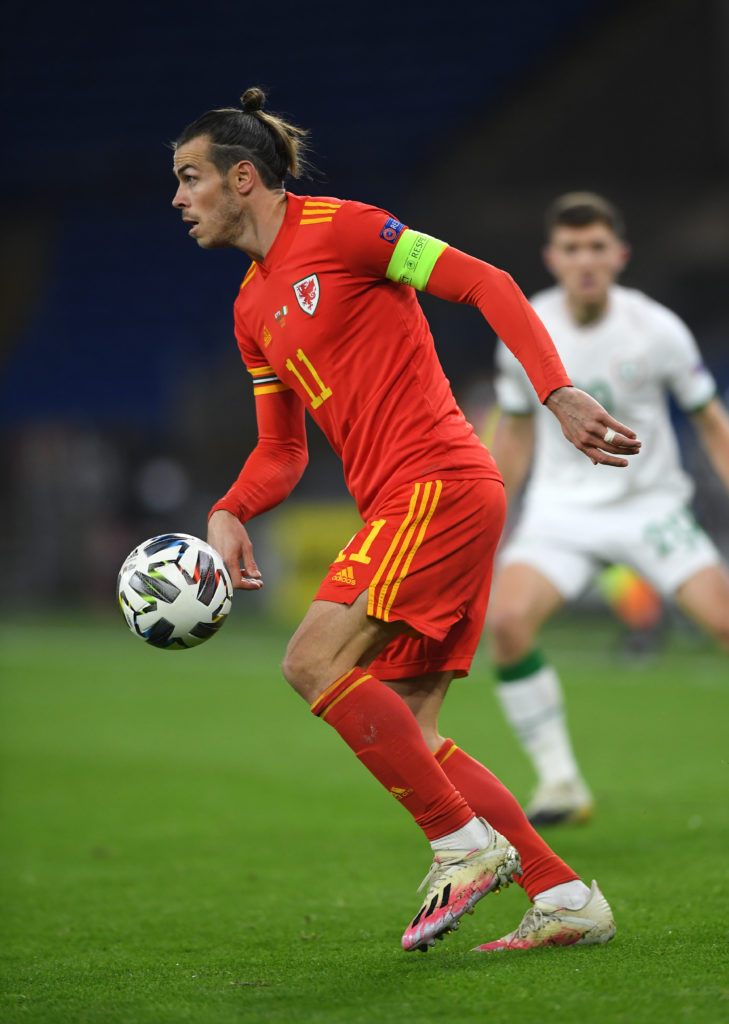 Sadly for all of Ireland’s vigour, they conceded at 66 minutes, when Daniel James’ cross was partially flicked clear by Duffy only to be met by Gareth Bale, who directed the ball back into the danger area where it was headed into the net by forward David Brooks.

Now in the somewhat familiar territory of having conceded and having to chase the game, Kenny made changes to push for an equaliser, introducing Conor Hourihane for the yellow carded Molumby and James Collins up front for Idah.

Collins immediately had chances and proved himself a handful to the Welsh defence, but his efforts were comfortably saved by Ward in goal.

With Ireland throwing caution to the wind, especially with the introduction of Jack Byrne and Callum O’Dowda, chances on the counter attack inevitably fell to Wales. 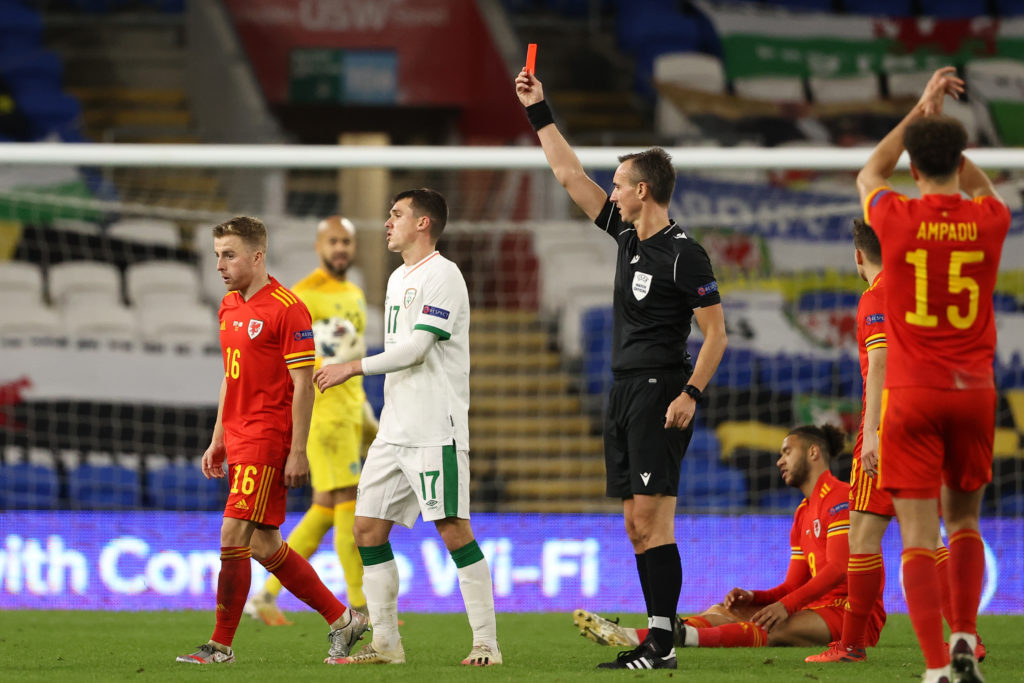 The commitment to attack right up to the end of the game lead, frustratingly, to a mislaid pass by Byrne which was intercepted by Wales’ Tyler Roberts, who was then upended by a desperate lunge from Jeff Hendrick, resulting in his sending off.

Speaking in Cardiff after the defeat, Stephen Kenny was clear that he believes he has what it takes to turn things around.

“I’ve no doubts that I will be a success,” said Kenny when asked about the upcoming World Cup qualification campaign that he will lead.

“We have a clear vision of what we want. Obviously circumstances with the previous camp and this one are unprecedented in modern times [with COVID-19],” he added.

“Nevertheless, the players have come out against a good Wales team today and put in a good performance overall. 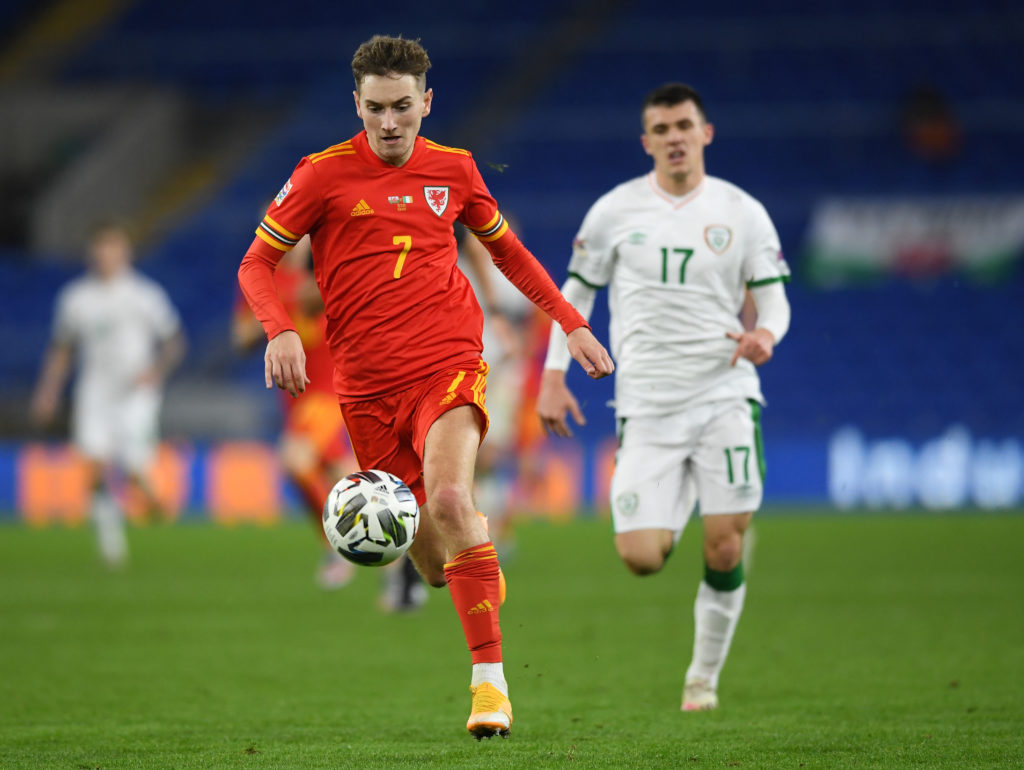 “That will give us a lot of encouragement.”

The players themselves; those charged with implementing Kenny’s football philosophy on the pitch, still seem to be fully behind the manager; but ultimately Kenny and Ireland will be judged on their match results and not the ‘highlights reel’.

Martin Prendergast is the club chairman of the Republic of Ireland Soccer Supporters Club (London) which was established in 1984.  For more information on the club click here or follow their Twitter account @rissclondon - new members welcome.

Easterby - 'We have an opportunity'