AN impressive scheme which saw the London Irish rugby club delivering cooked meals to frontline NHS workers battling the coronavirus pandemic has ended on a high this month.

The #PoweringtheNHS initiative reached the whopping 50,000 meals milestone last week, as the news broke that the rugby squad had been cleared to return to training.

With the club now due to get back to its primary business of playing rugby, it has wound down the meals for the NHS scheme – which was run in conjunction with the Powerday firm – with the last meal being delivered on June 12. 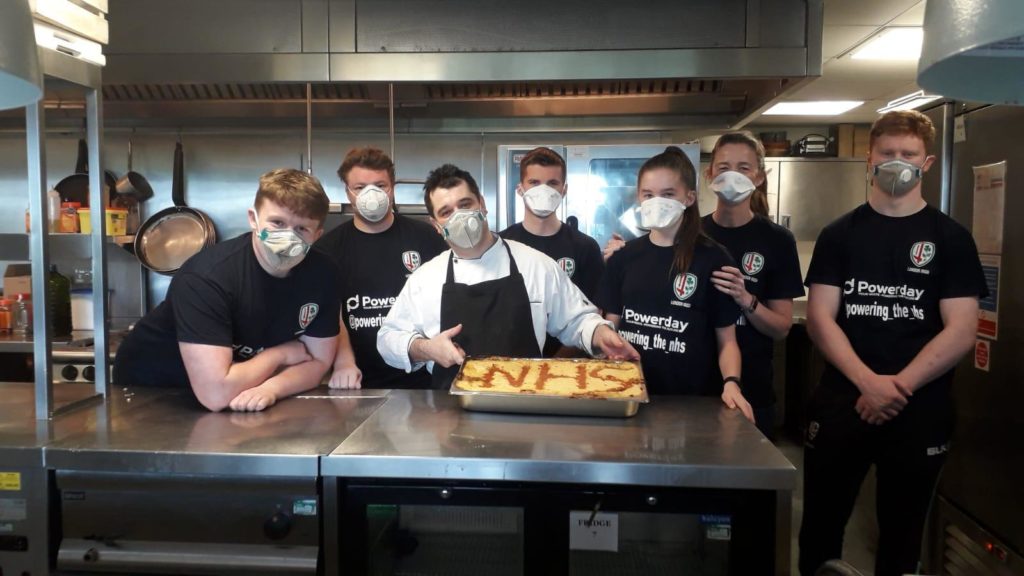 In the 11 weeks that it operated – having been launched at the club shortly after the coronavirus lockdown was announced in March – the scheme has sent more than 50,000 meals to doctors, nurses and care workers at 17 NHS Hospitals across London and the Thames Valley.

And on the day that they reached that impressive 50,000 number, they had some Royal volunteers helping out in the kitchen at the club’s Hazelwood training ground in Sunbury, West London.

On June 11 Prince Edward and his wife Sophie, the Earl and Countess of Wessex, were on hand to help prepare the food and label the boxes with the London Irish and Powerday team.

The Royal couple then personally delivered to Frimley Park Hospital meals that included the 50,000th of the campaign. 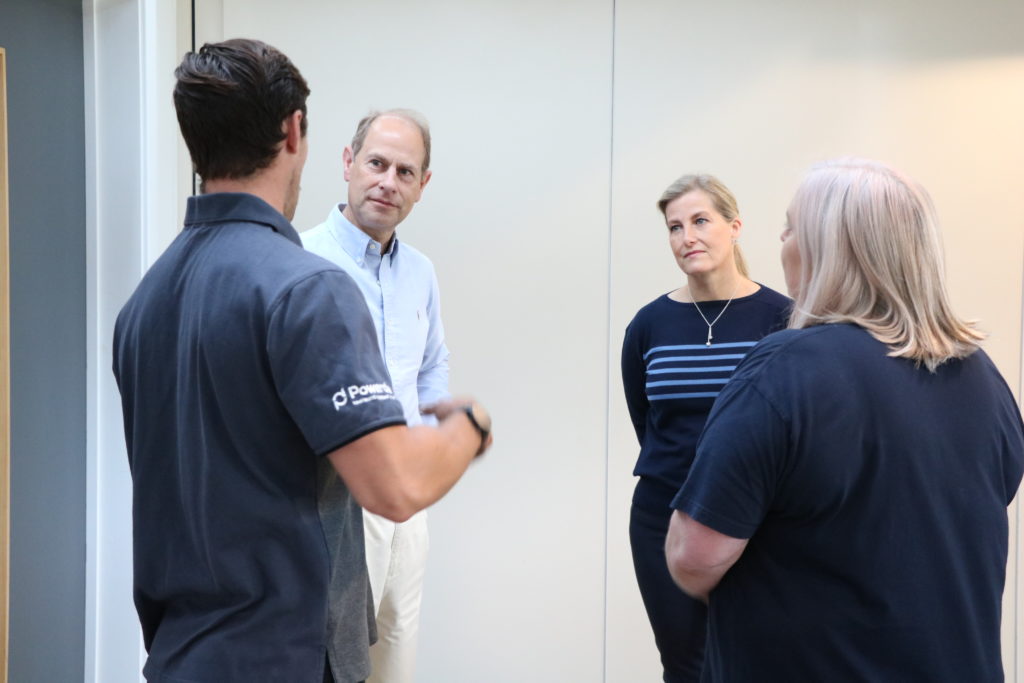 The #PoweringtheNHS concept was created by Edward Crossan, vice chairman of Powerday.

It has been funded by Powerday, with financial support from Barratt London, Novitas Partners, Undercover Events, Kylemore, Eamon Lynam, the British and Irish Trading Alliance and the London Irish playing squad. 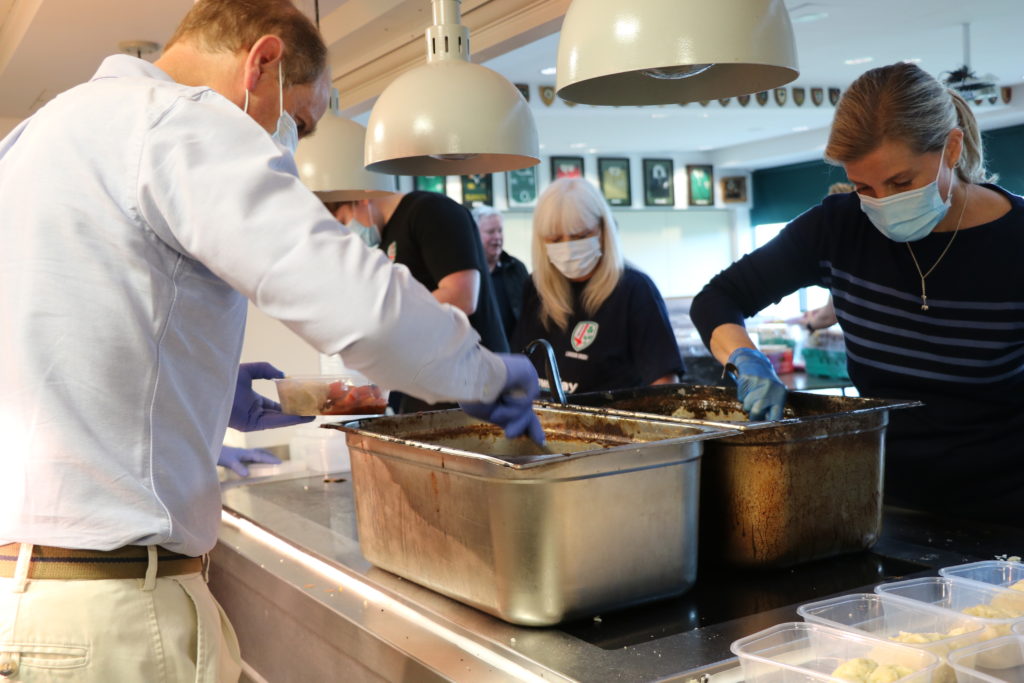 Now, as they look back over 11 weeks of dedicated work supporting the NHS through the national health crisis, Mr Crossan admits the campaign exceeded all of his expectations.

“Words cannot express how proud I am of every volunteer that has donated their time over the last 11 weeks to help the NHS staff during their months of need and prepare and deliver 50,000 meals,” he said.

“The selflessness these individuals have shown, has been exceptional and really showcases what our staff are like as people; it has been an incredible effort by the whole team.

“I would especially like to thank our chef Bogdan Konecki, our General Manager Fiona McHugh, Alex James, James Molyneux, John Lynch, Sonia Bosher and Sam Cox for their tireless and invaluable efforts; they have been the backbone of the #PoweringTheNHS campaign.”

He added: “It is regrettable that we’ll not be able to continue with the initiative but, while we won’t be providing meals to the NHS we will be supporting staff in other ways going forward.” 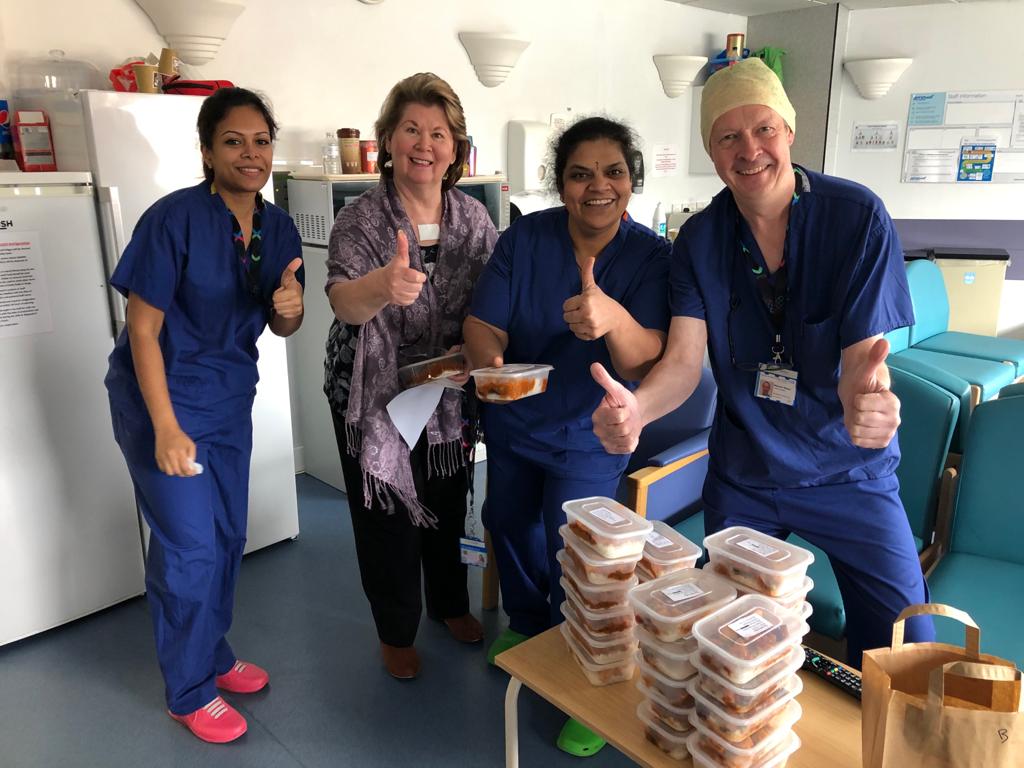 50,000 meals have been delivered to NHS workers across London through the #PoweringtheNHS initiative

London Irish President and Owner Mick Crossan has since announced that the club will offer NHS staff working in hospitals and care homes who have been receiving meals during the #PoweringTheNHS campaign tickets to a first team match when the club moves to the Brentford Community Stadium, when it is safe to have spectators.

An allocation of tickets will be provided to each hospital and care home so staff members, along with family and friends, can enjoy a day out together watching London Irish as they take on the Gallagher Premiership.

“The time, effort and sacrifice our front-line workers have put in during this pandemic has been nothing short of extraordinary,” said Mick.

“Our volunteers, who have all been fantastic, have seen first-hand how hard and tough this has been for these key workers and it really brings home how crucial their roles are, and it is not taken for granted.”

He added: “This ticket donation is just a small token of our appreciation.”

By: Jeremy Addley and Xander Chevallier  -  5 months ago