FOR the first time since 2015, Sean McDermotts and John Mitchels will meet in the Senior Football Championship final after both clubs emerged the winners in their respective semi-finals today.

For McDermotts it’s one final step in their bid for seven-in-a-row next Sunday (throw-in scheduled for 2.30pm) after narrowly seeing off a gutsy St Brendans challenge by a single point.

John Mitchels will be seeking their first county title since 2013 after their strong second-half display knocked Roger Casements out of the competition.

As with the other rounds in this season’s competition, Sunday’s final will be broadcast live online at www.247.tv/gaa/Warwickshire. 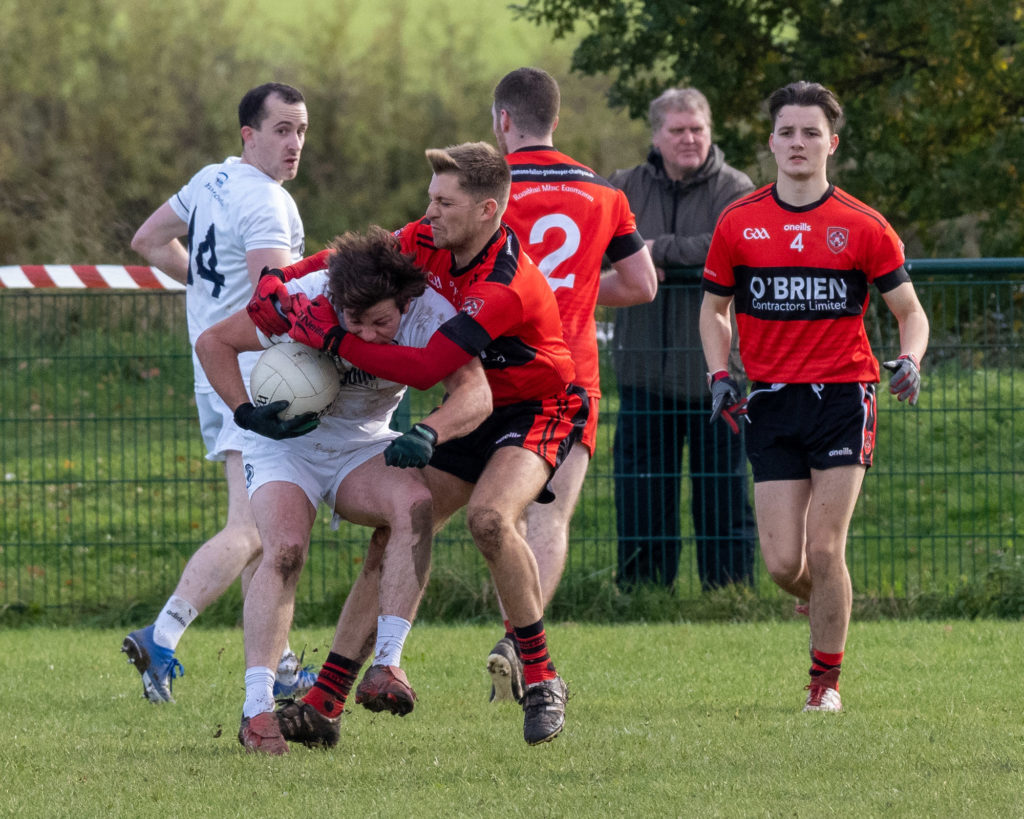 Today’s first semi-final was a physical encounter between Mitchels and Casements that eventually went the way of Mitchels as they turned a half-time deficit on its head with two goals in the space of two minutes - yet this game will be remembered more for the appalling scenes after the final whistle that are due to be dealt with by the CCC this week.

Tomas O’Keeffe’s double (one free) for Mitchels was little reward for a side that racked up nine first-half wides and Casements duly punished them with two penalties in the space of a few minutes converted by Craig Goodbody.

Mitchels corrected their wide count in the second-half however to pull away from Casements. 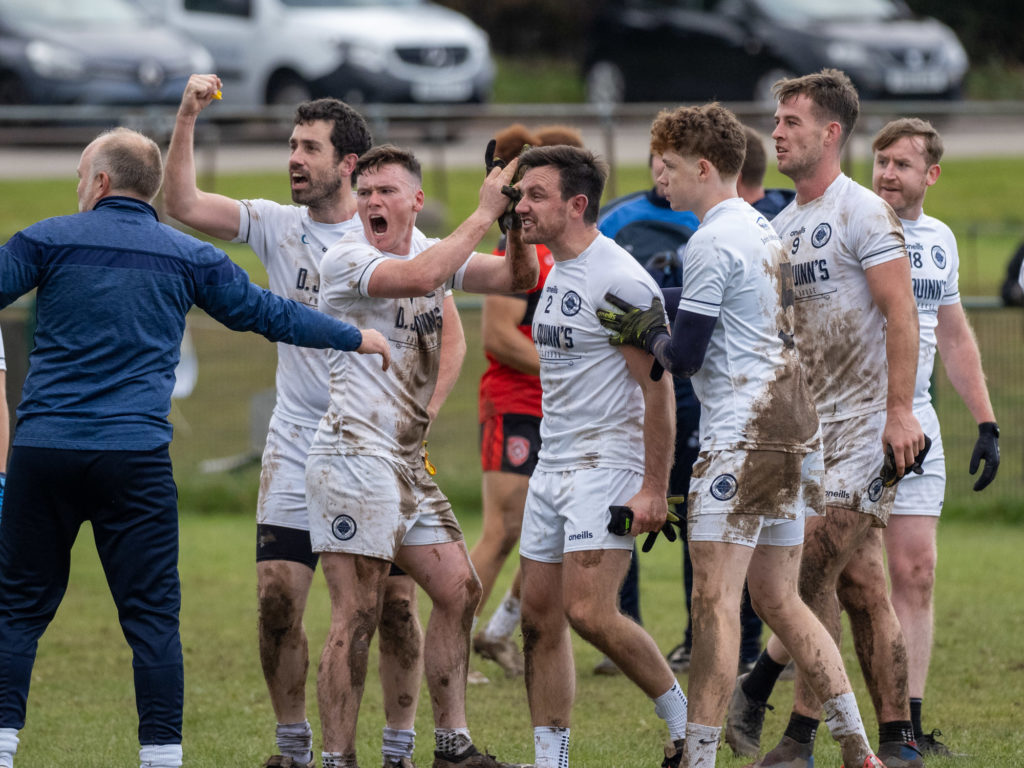 Patrick Smith’s goal was immediately followed by a second from James Loney and when Smith side-footed home a third in the closing moments it sealed his side’s place in this season's final.

The second semi-final was yet another close contest between McDermotts and Brendans, Macs narrowly defeating Brendans in the league a fortnight prior.

Played on an extremely heavy pitch, given the torrential rain leading up to the match, both teams had to navigate their way through treacherous conditions to make any headway yet it was McDermotts who started the brighter with points from Niall Gilbride, Joel Powney (free) and Conal Dowling. 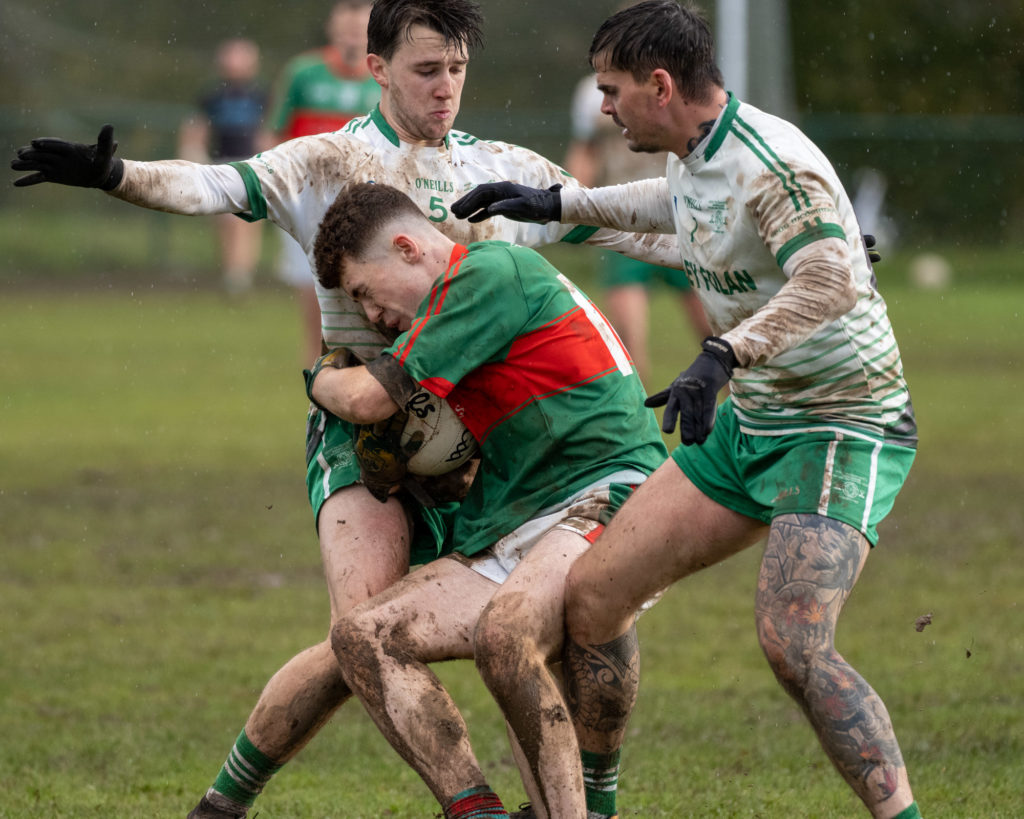 Declan Hayden hit back with a free at the other end but McDermotts were creating the better chances despite tallying eight first-half wides.

Those wides gave Brendans the chance to claw back the deficit to just one point by the interval, Hayden with three more points (two frees) despite scores at the other end for Michael Mannion (free) and Dowling who was also denied a goal scoring chance thanks to a firm parry by goalkeeper Liam Doyle.

The change of ends once more brought a strong start out of McDermotts, Jack Hallahan restoring their two-point advantage and McDermotts came within a whisker of forcing home their first goal but for a tremendous diving save on the line by Patrick McGettrick.

Hallahan was on hand to loop another score over the Brendans bar before Declan Staunton linked up well with Joel Powney for the wing-forward’s second point of the afternoon. 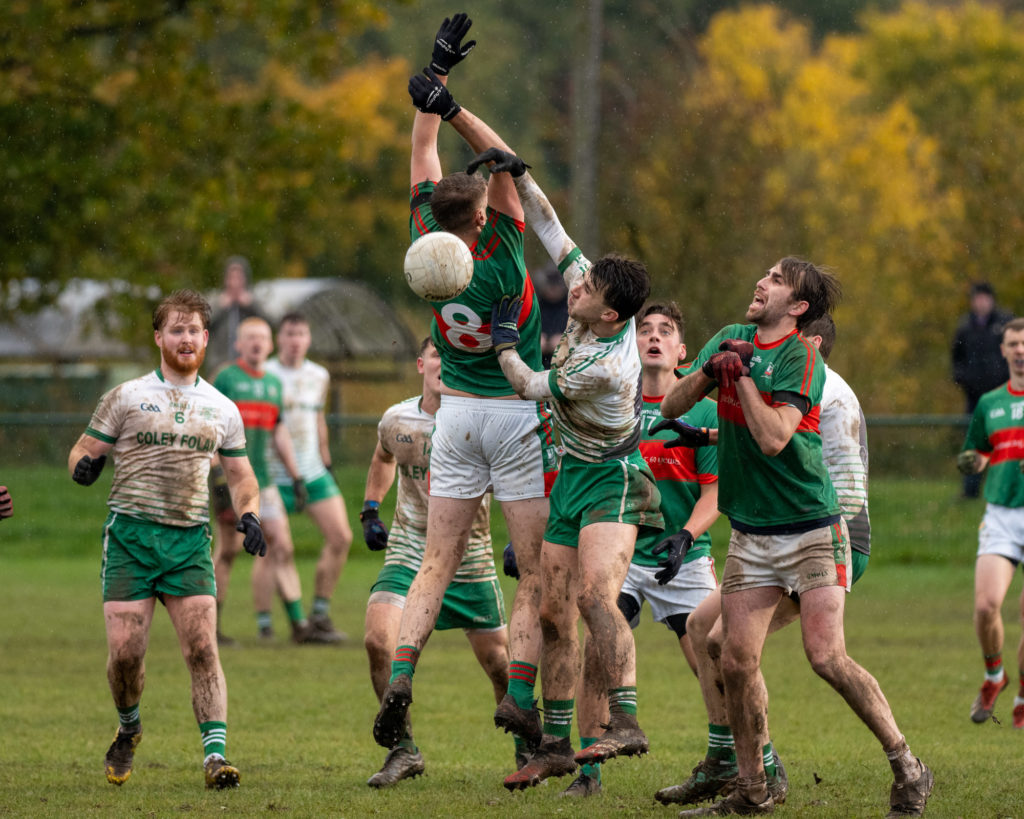 Yet McDermotts were able to draw on their experience and keep their challengers at arm’s length, Gilbride coming to the fore with two excellent scores to edge his side out to a four-point lead.

Joe Owens and Powney both had close range goal scoring chances to seal the win for McDermotts but a resolute Brendans kept them at bay and they set up a dramatic final few moments when Oisin Coffey raced in from the left flank to thump home a superb goal for his side. 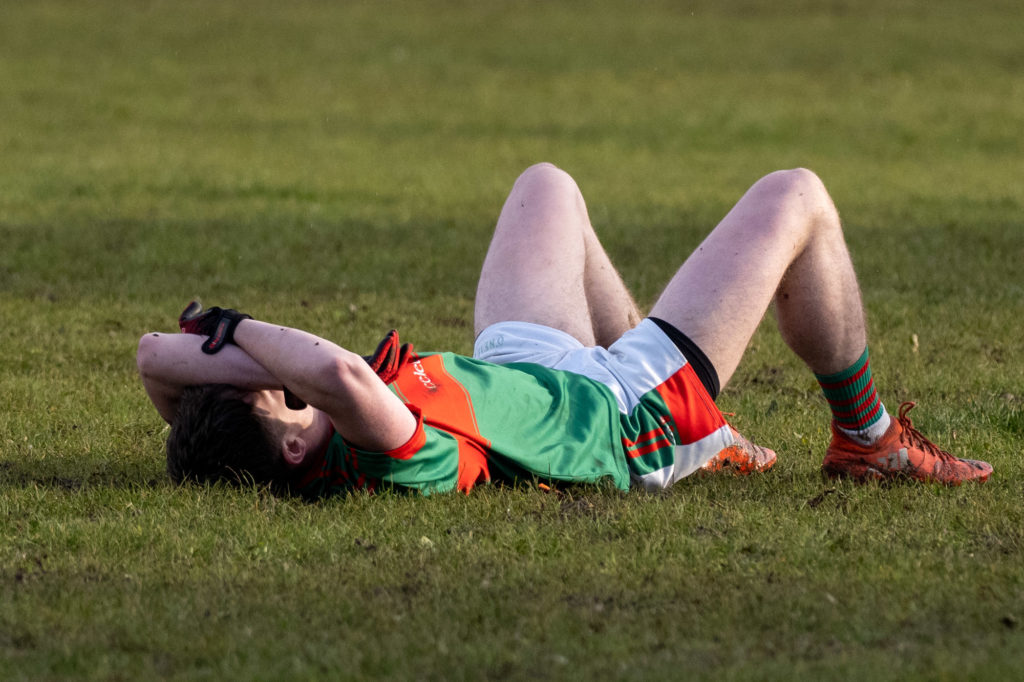 St Brendan's gave the match all they had, missing out on the final by just a point (PIC: Chris Egan)

Had Brendans mustered one final point they could have sent this game into extra-time with even the potential for penalties, they threw everything they could at McDermotts but that defensive resolve held to ensure the defending champions their place in the final this coming Sunday.

By: Anthony McLaughlin  -  8 months ago