GOLFER Rory McIlroy has agreed a settlement, believed to be around £15 million, with Horizon Sports Management.

There was a brief court hearing in Dublin, but the terms of the settlement weren’t provided.

McIlroy had been present on Tuesday, but wasn't around when the statement was released on Wednesday. 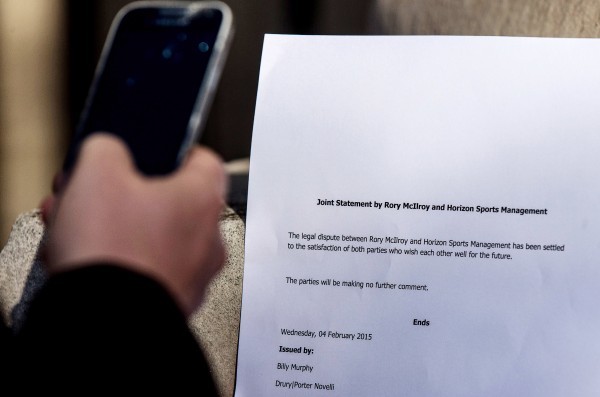 A picture of the statement

A joint statement was released following the hearing. “The legal dispute between Rory McIlroy and Horizon Sports Management has been settled to the satisfaction of both parties, who wish each other well for the future,” the statement said.

World Number One McIlroy is expected to play at the PGA Honda Classic between February 23 and March 1 at Palm Beach Gardens, Florida.