TEENAGER Fearghal Mairn makes a strong case for the most dedicated Gael in Britain on the back of his weekly 170-mile journey for hurling training.

The 14-year-old travels 85 miles each way from the far side of Canterbury, Kent, to Croydon – his nearest GAA club – every Thursday evening after school.

Both Fearghal’s parents are Irish and they take turns to drive him to the juvenile camogie and hurling sessions put on by Croydon Camogie's Rita O’Mahony, with the journey taking almost two hours each way.

The youngster got hooked on the sport whilst holidaying in Ireland last year, as his mother Catherine explains.

“It all started last October when we went to Donegal with my brother-in-law Damien Brady, who used to play hurling for Cavan,” Catherine told The Irish Post.

“He presented Fearghal with the hurl and for the rest of the holiday they played the game on the beach in Donegal and even on the streets of Dublin when we went there for Halloween on the same trip.

“He really got the bug for it.”

Fearghal makes up for the homework he sets to one side every Thursday evening by putting extra hours in over the weekend, and he’s not afraid to share his passion with his peers.

“When they ask him at school what he wants to do with his life, he says he wants to hurl in Croke Park,” added Catherine, who is all too willing to support her son’s enthusiasm for the game.

“It’s only a small window in a person’s life and if we can do anything to keep that passion going, we’ll do it. It’s just so important to him.

“The only training he’s ever missed is the two-week period for school exams, he hates missing it.”

Fearghal, who took part in the recent All-Britain Competition in Greenford, is also a fan and player of Gaelic football, but hurling is his true passion and he hopes to play for an Irish club one day amid plans to continue his studies into third level education in Ireland. 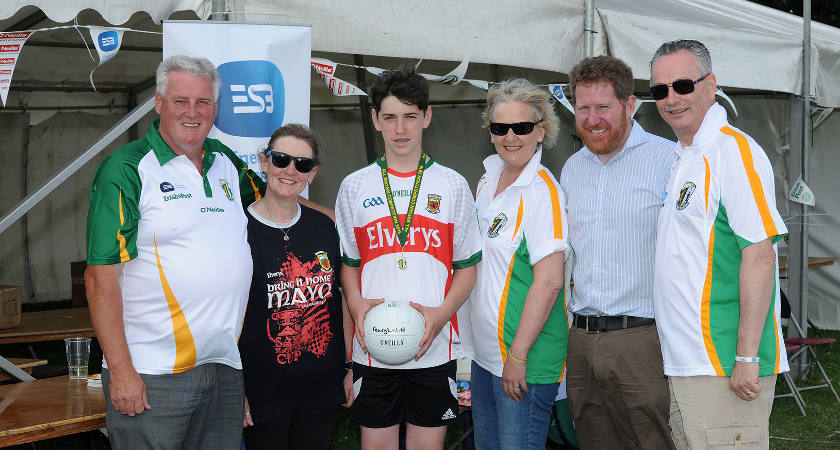