TAOISEACH MICHEÁL Martin and his son, Micheál Aodh, will be supporting opposite sides at this weekend's Euro 2020 final between England and Italy.

The Fianna Fáil leader has wished England "the very best of success" in Sunday's much-anticipated final, confirming that he will be supporting Gareth Southgate's side.

However it seems he and his oldest son, Micheál Aodh, do not agree on everything, as the Cork footballer indicated his support for the Italian side.

The 27-year-old Cork took to social media where he posted a cryptic tweet consisting only of an emoji of the Italian flag.

Despite the short nature of the tweet, it garnered ore than 100 likes and was even retweeted by the Ógra Fianna Fáil account, the youth branch of the Taoiseach's political party. 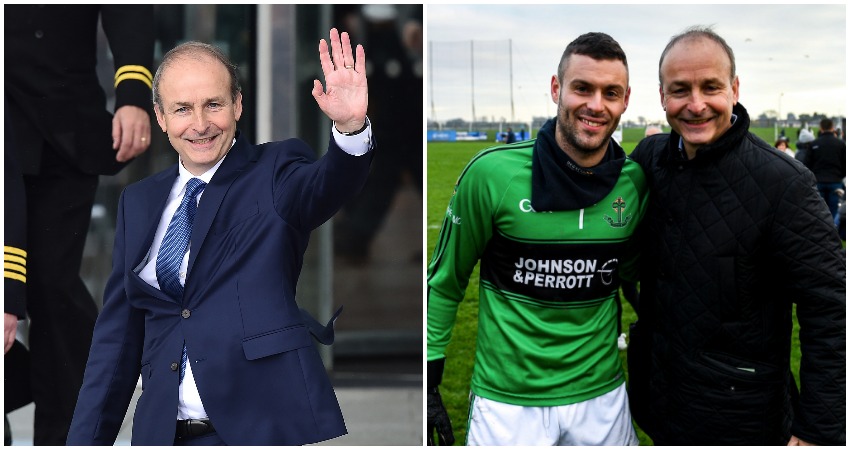 Micheál Aodh is an avid Manchester United supporter, and at a press conference on Thursday his father, Micheál Martin, said he agreed with presenter Ryan Tubridy in "marvelling at how Irish fans love Man United and they love Chelsea and they watch Liverpool and Everton, but once they put on an English shirt they’re on the other side of the pitch."

Interestingly, the Fianna Fáil leader made the comments after his son had made the post seemingly voicing his support for England...

The Taoiseach said he wishes England "every success, and I'll be supporting them" on Sunday-- meaning there'll be some fun in the Martin household come Sunday evening.

Euro 2020 final: When is England v Italy and how can I watch it?