Head coach Andy Farrell during an Ireland Rugby captain's run at the Aviva Stadium in Dublin. (Photo By Seb Daly/Sportsfile via Getty Images)

IT’S a new dawn in Irish rugby when Ireland face Scotland today, and  a new dawn in the career of Andy Farrell - one that could either make him or break him as a top coach in the sport.

It’s the Wigan legend’s first appointment in the top seat, one that raised eyebrows when he was announced as the successor to Joe Schmidt.

The IRFU went for continuity in retaining Schmidt’s right-hand man, just like New Zealand did when Ian Foster took over the reins from Steve Hansen, but with the likes of Leo Cullen and Conor ,O’Shea viable options choosing a rookie head coach is something of a gamble.

There’s no doubting his credentials as a coach, if anything Irish rugby is awash with high calibre coaches around the union right now with the likes of Stephen Larkham and Stuart Lancaster bolstering the provinces. 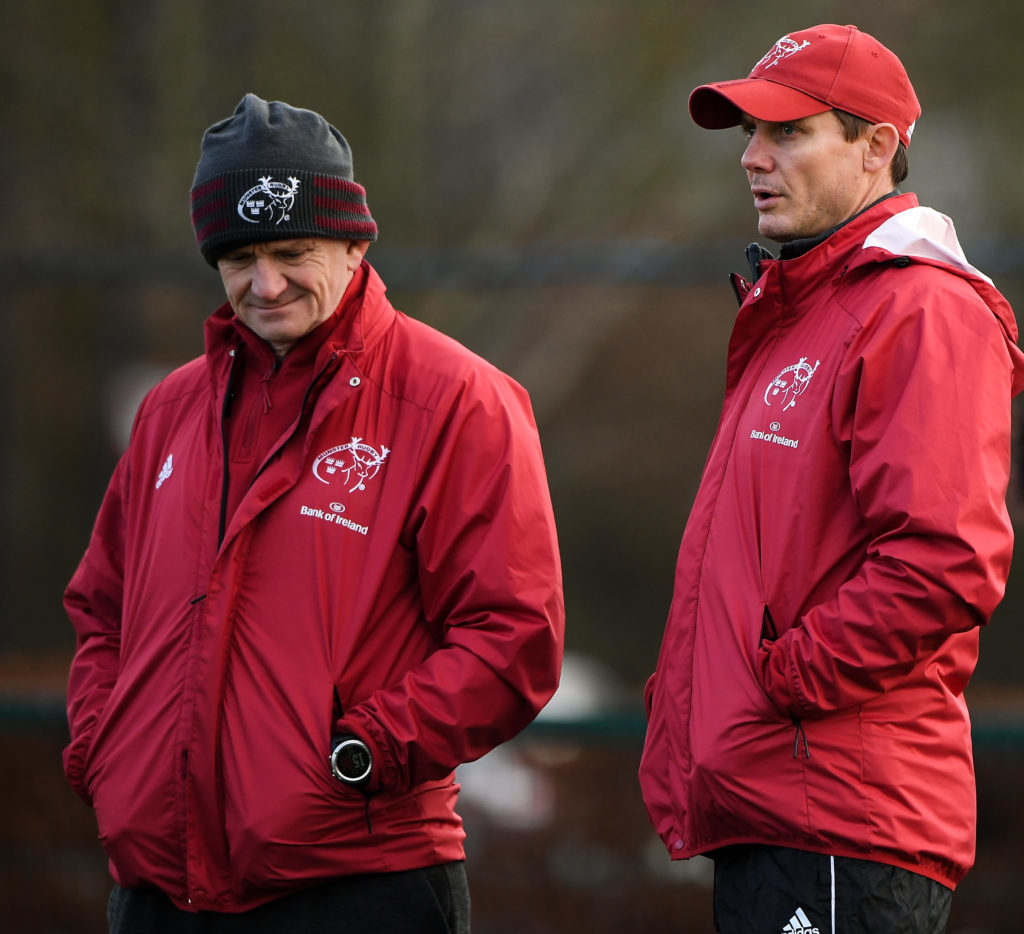 Now at the start of a new four year cycle culminating in France 2023, what route will Farrell take on that long, hard road?  The disappointment of Japan is now consigned to the past and with the pool stages of the Heineken Champions Cup now complete, the four provinces have been something of a mixed bag ahead of the return of the national team in the Six Nations.

As we’ve come to expect, the conveyor belt that is Leinster continues to lead the way in Europe and the Pro14. Cullen’s squad remains unbeaten this season and despite not hitting their usual heights at times they enter the quarter-finals of the Champions Cup as top seeds. The emergence of Ronan Kelleher and Caelan Doris and the additional game time for Max Deegan has seen all three rewarded with places in the national squad, Kelleher in particular has impressed at an opportune time with the retirement of Rory Best.

Ulster’s qualification from their tricky European pool is a welcome result for Farrell and while John Cooney’s superb form surely means he has to play in the upcoming Six Nations the interesting question is whether or not Billy Burns will get game time in tandem with his teammate at fly-half.

Joey Carbery’s continued injury problems could prove the making of the 25 year old and with the likes of Jacob Stockdale and Will Addison likely to feature heavily in the Irish back line Burns could find himself thrust up the pecking order. 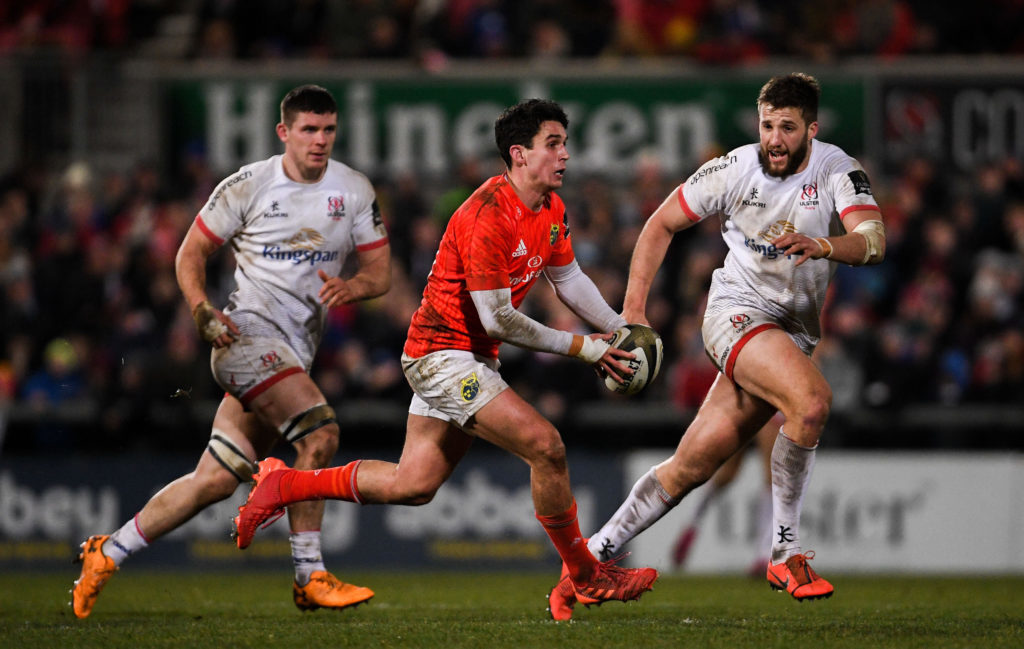 Joey Carbery of Munster during the Guinness PRO14 Round 10 match between Ulster and Munster at Kingspan Stadium in Belfast. (Photo By Ramsey Cardy/Sportsfile via Getty Images)

Munster’s annual Alamo moment came much earlier this season, their defeat in Paris to Racing 92 bringing their European challenge to an end.

It’s been a frustrating season for Johann van Graan with key injuries bedevilling them along the way and if there is an argument that the province should be prioritising a tilt at the Pro14 this season as a more achievable goal, they will need to correct their league position which has seen them slip to third in the table looking over their shoulder at a Connacht side who similarly bowed out of Europe at the pool stage.

Andy Friend’s side claimed another Sportsground scalp defeating Montpellier but came up short in what was a difficult pool containing two French powerhouses and they will now focus their efforts on qualifying again for the Champions Cup during the closing rounds of the Pro14.

The IRFU policy of selecting only domestic-based players remains in place and deprives the country of seasoned internationals and up and coming UK-based players.

Simon Zebo may be nursing an ankle injury but he is playing at his peak right now in Paris for Racing 92 and is making it extremely hard for the IRFU to ignore; it’s not only Zebo but other players out there – take for example Piers O’Conor and Callum Sheedy who have both played Under-19s for Ireland and are featuring for a Bristol team going well in the English Premiership.

That’s not to say they are guaranteed to make a difference to the national setup, or indeed that they would opt for Ireland (Sheedy has one uncapped appearance for England), but the current policy means that we’ll never really know.

Ireland will open the Six Nations with two home games against Scotland and Wales, in a tournament that realistically looks pretty assured for England should they emerge from Paris with an opening weekend victory. For Andy Farrell, it’s the start of what will hopefully be a long build towards the next World Cup and the opportunity to do it his way.

All in all, it’s been a good decade for Irish rugby. The man from Wigan will need to take us to uncharted territory to better it in the next one.