Baku , Azerbaijan - 8 October 2021; Nathan Collins, left, and Caoimhin Kelleher during a Republic of Ireland training session at the Olympic Stadium in Baku, Azerbaijan. (Photo By Stephen McCarthy/Sportsfile via Getty Images)

NATHAN COLLINS is set to be handed his Premier League start this weekend when Burnley play Manchester City this Saturday. Sean Dyche believes that "playing against the very best" will help the Irish centre-back.

Collins signed for Burnley from Stoke City in the summer in a deal worth £12m (€14.1m). His chance could come this weekend as Ben Mee is ruled out of the game after testing positive for Covid-19.

Collins did play in the last game against Norwich two weeks ago after Mee was ruled out with a knock.

🎥 "His manner around the training ground and his professionalism is excellent. He's certainly moulded himself into what's needed to be a player in the Premier League"

City is a stern test, but Dyche the 20-year-old’s time at Burnley far, saying:

“Nathan played the last game and we thought he did a good job. That’s what we brought him here to do.

“His manner around the training ground, his professionalism, the way he goes about it, is excellent. He’s certainly moulding himself into what’s needed to be a player in the Premier League.

“Playing can only enhance that. He’s made a decent start in the cup game, he played well against Norwich, although I thought Tarky (James Tarkowski) was outstanding against Norwich and I’m still rubbing my head to know why he’s not around the England set-up at least.

“He (Collins) is delivering in training and I think he’s got a real intent to learn and to improve, and I’ve enjoyed that.

Colin's Ireland team-mate Caoimh*Kelleher will also play in the Premier League, while Alisson will miss Liverpool's trip to Watford. The Brazilian duo are due to play 35 hours before kick-off for Brazil due to ongoing issues surrounding quarantine rules in the UK, which may negatively impact their availability for the 12.30pm match.

Consequently, Kelleher, who won his first full senior cap in Tuesday's 4-0 friendly win over Qatar, will be able to add to his two Premier League starts last season. 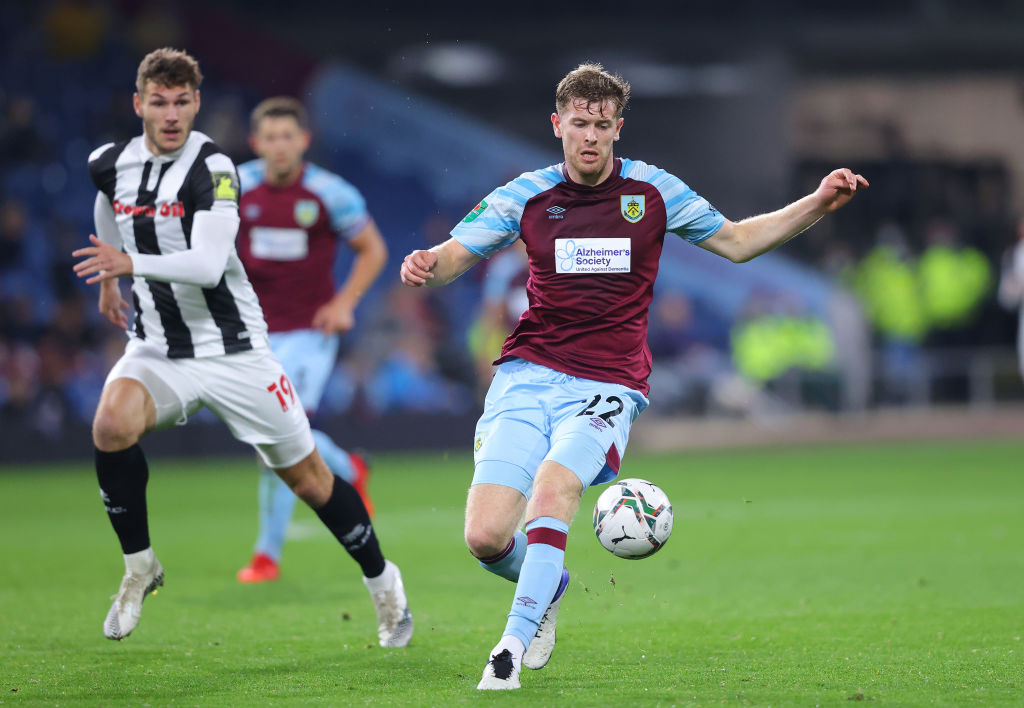