Ronaldo has divided opinion since his return to Old Trafford -keeping Manchester United in the Champions League against Atalanta and Villareal, but overall value to the team has been questioned.

Ronaldo 27 attempted presses in the Premier League this season is low - one of the lowest figures for a regular outfield starter.

His manager told Ole Gunnar Solskjaer his weekly press conference that he has no regrets about signing Ronaldo.

🗣 "He's one of the best players that has ever walked on this planet."

Ole Gunnar Solskjaer believes Cristiano Ronaldo has made an 'immense impact' since rejoining the club this summer. pic.twitter.com/QngjhcjXPM

"He's one of the best players that's ever walked on this planet," said Solskjaer. "And his impact so far on and off the pitch has been absolutely immense.

"The goals he scores, the way he conducts himself in and around the place. How people can see that as a negative... I can't see that one.

We're really, really pleased he's started off as he has. He scores goals, works for his team, and is a top, top professional."

Saturday's game is United's first at Old Trafford since their 5-0 mauling at the hands of Liverpool a fortnight ago.

Since then, they completed an easy 3-0 win away to Tottenham - ending Nuno Espirito Santo's reign in the process - and salvaged a 2-2 draw away to Atalanta in the Champions League.

"We’ve moved on from that one," said Solskjaer of what he previously described as his "darkest day" at the club.

They held a team bonding day in Hale on Thursday, ahead of their City clash.

Solskjaer added, "Of course it’s going to be in the history books but we’ve had a good week. Good results away from home, difficult games, and the mindset is positive.

“Of course we’ve got to go into this game believing we can do good things. It’s a local derby and everyone knows what’s at stake.” 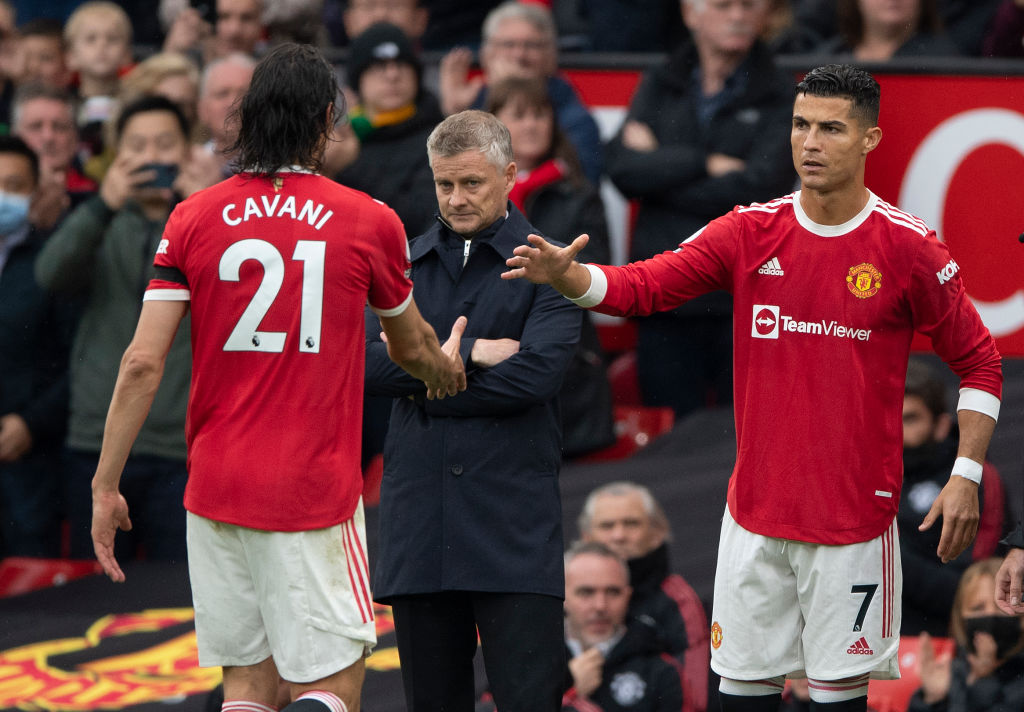 Harry Maguire liked a post about Cristiano Ronaldo being ‘upset’ by a wage cut', Maguire said 'he liked post in error'