LONDON hurlers will be hoping to build on their determined performance against Carlow in their opening championship game when they travel to Antrim this weekend.

The Exiles will enter the second of their four Liam MacCarthy Cup games on the back of the disappointment they endured at Ruislip two weeks ago, when they surrendered the chance of a well-deserved victory in the closing stages of the game.

With a seven-point lead over Carlow with 15 minutes to go, London should have closed the game but they will take confidence from the draw into Sunday’s fixture against Antrim.

Half-back Enda Cooney admitted that “it would have been worse if we lost.

“It would have been sickening if we were up by seven and ended up losing the game,” he said.

Training has stepped up for London as they aim to put right the shortcomings from their championship opener.

“It’s been pretty intense, we obviously want to build on what we left behind in the Carlow game,” Cooney added.

“Morale is good, it’s a good bit of bond between the lads, and hopefully we can kick on for the weekend.” 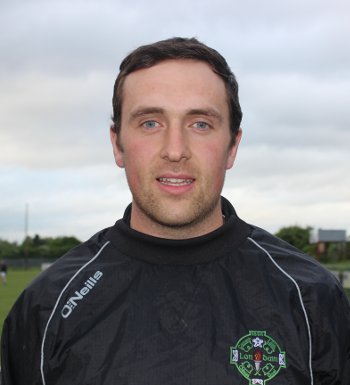 The 25-year-old St Gabriels player said that while the players are well aware that playing away on Sunday is no easy task, with Antrim sealing two wins in two games against Carlow and Westmeath, they will benefit from the little expectation that lies on their shoulders ahead of the game.

“No one’s given us any hope at all. The odds are in their favour. Hopefully we can go as the underdogs and come up with the goods,” he added.

“If we had Antrim over here [in Ruislip] people would say [we might fancy our chances] because we turn this place into a fortress.”

If London are to challenge for a win this weekend they will need to make sure that they do not give away needless frees, a strategy that Cooney explains is a focus for the remainder of the season.

“One thing throughout the league was that we were giving away a lot of frees. Our free count in the Carlow game was quite good actually; I think that’s why we were still in the game until the end,” he said.

“We definitely improved for the Carlow game and we want to improve for the rest of the campaign.”

Heading into Sunday’s game, the Exiles will be aiming to match Antrim’s pace and it is the work-rate that he believes will be one of the deciding factors.

“When we played Antrim last year in the Challenge game the pace of the game was crazy. It was very very quick, but we just need to keep our work rate up with their level and try and close the game out,” Cooney added.

“We’ll need to keep a particular eye out for their corner-forward and their wing-forward.”

There is optimism within the team that form is building. Full-forward Martin Duggan puts this down to the fact that London are enjoying some consistency on the pitch as a result of the closeness of the end of this year’s league with the beginning of the championship campaign.

It’s a move that the Kilburn Gaels player believes is key to their performance this season.

“It’s only now we’re hitting our peak, hopefully. Last year we had a big gap, this year there’s not much of a break, it’s straight into it. It’s helped with consistency,” Duggan said.

“We’ve had good time to prepare because we’ve been given good games all the way up.”

The Exiles will be without captain Brian Regan, who has a broken bone in his foot, Maurice Lynch, Dave Egan and Stephen Lambert who tore his hamstring in the Carlow game, for this weekend’s tie.

Antrim may be labelled as the favourites ahead of Sunday’s game, but according to Cooney, London will be relying on “the belief that Brian touched on” ahead of their impressive display against Carlow.

London will no doubt be aiming for a repeat performance.

Darren Gleeson has been confirmed as Antrim's Senior Hurling Manager on a two year term with an option for a third year.