TEAM IRELAND medal hopeful Michael Conlan is on the radar of famed Manchester-Irish trainer Joe Gallagher ahead of the Olympics.

The Belfast bantamweight is considered to be in with a great chance of becoming Ireland’s first male boxer to land Olympic gold since Michael Carruth in 1992.

Conlan, who won gold at the World Championships last October, has expressed his desire to turn professional after Rio 2016, which begins this weekend.

Manchester-based Gallagher, whose parents hail from Sligo, is one of the best professional trainers in world boxing and was named Ring Magazine Trainer of the Year for 2015, a prestigious award.

He’s constantly on the lookout for new professional talent, and Conlan – whose brother Jamie is already in the paid ranks with a 17-0 record – is a fighter Gallagher is keeping an eye on. 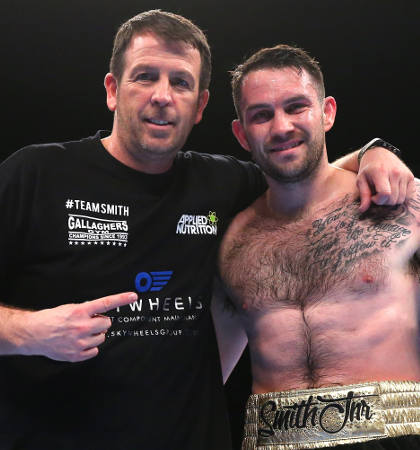 Joe Gallagher, left, has a big reputation [Picture: Getty]
“If he decides to turn pro, then yes, I like him,” said Gallagher when asked by The Irish Post if he’d be interested in signing Conlan to his Manchester gym.

Given the standard of boxers already fighting under Gallagher, the statement is an indication of just how highly Conlan is regarded.

“Obviously, I’ve got a packed stable already and five of them are in Ring Magazine’s top 10 (in their respective divisions), so the calibre is very high," added Gallagher.

“I’ve got three British champions, a European champion and two world champions – they’re all title fighters – so it’s a busy schedule. They’ve got to be very, very good to come into my gym and get the time that they deserve.”

The 25-year-old from Ballybofey has urged Conlan to join him in America should the chance arise, and Gallagher admits it’s an attractive alternative to working with him in Manchester.

“He might want to go and base himself in America – Quigley’s doing well over there at the moment – so you never know.”

Conlan, who won bronze at London 2012, will begin his second Olympic adventure next Wednesday, August 10.