Keane, who has consistently claimed Ronaldo is the greatest footballer in the world, described the 36-year-old as a "genius" after he broke the international goalscoring record by netting his 110th and 111th goals for his country in front of 10,000 adoring fans in the Algarve.

Ireland initially took the lead through John Egan, and were just a few minutes from a famous victory when Manchester United's new signing sprang forth to turn the game inside-out.

He headed home the equaliser in the 89th minute before netting the winner six minutes later, to cruelly rob Stephen Kenny of just his second win as Ireland boss.

Speaking during ITV's coverage of Hungary vs England last night, Keane commended Ronaldo for producing the goods when it mattered, despite looking a bit "off" all evening.

"Brilliant, it's amazing," Keane said of his former teammate.

"Even last night, Ireland put on a great display, a good show, Ronaldo looked off it, missed a penalty, but we just seen what he's about, getting in the box, end product, two brilliant headers. 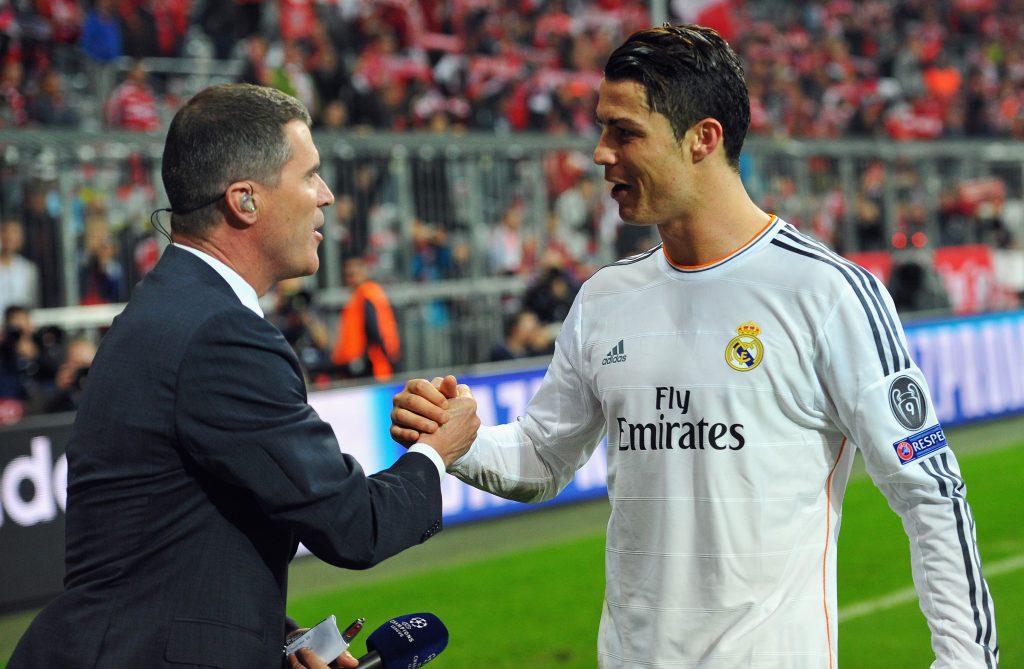 "The first one is very, very brave, then the second one - great movement ... the accuracy of the header.

The Irishman admitted he was surprised that his former club decided to re-sign Ronaldo, who scored 118 goals in 292 games for United, before sealing a move to Real Madrid for a world-record fee in 2009.

Nine years later, Ronaldo signed for Juventus, but despite finding the back of the net plenty of times, he failed to win them the trophy he was effectively brought in to deliver - the Champions League.

Unsatisfied, Ronaldo sought another move, and it looked for a while like he might sign for Manchester City, before United raced in to secure his signature.

Ronaldo signed a two-year deal with the club, with the option for a third, and on Thursday it was announced that he will wear the famous number 7 shirt, previously worn by Edinson Cavani.