In the final day of the Six Nations that year, Ireland played some scintillating rugby, scoring 50-odd points in demolishing Italy in Rome on St Patrick’s Day. We were on the cusp of winning the competition, only for a last-minute French try against Scotland to deny us on points difference.

The 2007 World Cup was looming and this time it was going to be different. We believed with great surety that we were centimetres if not millimetres short of becoming the best side in Europe.

We were in a group without any of the top three Southern Hemisphere sides – not New Zealand, Australia nor South Africa. Our pack was back-boned by a Munster side who had won Europe’s premier club competition the year before.

Our centres and outside backs were comprised of the best players that Leinster had to offer. We had a lauded coach in Eddie O’Sullivan and we had the best player on the planet in Brian O’Driscoll. We had long been the nearly men of rugby, but that year it felt different.

In the lead up to the tournament the players acted differently too, talking up their chances in a very un-Irish way about winning the World Cup and about how reaching the semi-finals was their minimum ambition. This team was Ireland’s golden generation and it was going to be ‘our’ World Cup.

And in its own way it was, for it is still vividly remembered albeit for the wrong reasons. A poor opening performance against minnows Namibia was followed up by Ireland surviving to win by the skin of their teeth after a late onslaught from underdogs Georgia.

Subsequent heavy losses to France and Argentina saw the Irish team return home with their proverbial tails between their legs. The public found it hard to comprehend how and why the team had under performed so badly.

Accusations and blame were the order of the day, most of which were vitriolic in nature and aimed directly at head coach O’Sullivan, who was roundly booed by a large section of Irish supporters at the next home international the following spring.

O'Sullivan was ushered out the door soon after and became a managerial pariah on the professional rugby scene in Ireland. 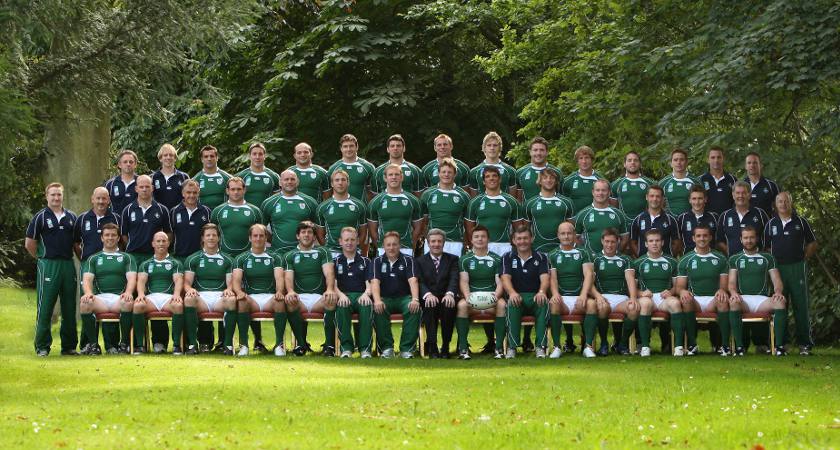 Ireland's class of '07 was considered a golden generation [Picture: Inpho]
When the dust finally settled and the post-mortems completed, it became clear that the Irish management had made two serious errors of judgement. The first was that the team had done too much physical work at the training camp in Poland.

It was work more suited to pre-season training rather than sharpening their skills to hit the ground running at the most important rugby tournament in the sport. The second major blunder by O'Sullivan was making known his preferred starting XV months before the tournament.

In the 2007 summer tour of Argentina, O’Sullivan left those 15 players at home to rest after a long season. It meant some of those earmarked for the starting XV consciously or sub-consciously took their place for granted, while others who were playing well in camp weren’t rewarded with team selection.

This year the Rugby World Cup has only just started and in some ways we are in similar territory to 2007. The team is riding high after wining successive Six Nations titles in the last two years. We are again in a group without the three southern hemisphere powerhouses. We have an excellent captain in Paul O’Connell and we have a much lauded coach in Kiwi Joe Schmidt.

The public is once again expecting Ireland to deliver at the very least a semi-final berth. From the outside there seems to be no complacency from any of the players. We are told by the experts that the depth of the squad has greatly improved.

Schmidt seems a very affable and generous man in his dealings with the media. He displays no semblance of arrogance or self-importance. He respects all his peers and opponents and does so with an abundance of compassion and class.

Yet inside the dressing room he has a reputation of demanding the highest of professional standards and adherence to his game plan. He is regarded in some quarters as the best coach in the world. The prospect of Ireland failing to perform on the biggest stage seems just as remote as it did eight years ago.

Schmidt's troops begin their campaign against an unfancied Canada and minnows Romania, before they are widely expected to beat Italy in their third match. Ireland’s best chance in reaching the last four rests on overcoming France in the final group game.

Win and they will likely play Argentina for a place in the final four. Lose and it is a quarter final date with the best team in the world, the New Zealand All-Blacks. France, for so long the jewel in the crown of Northern Hemisphere rugby, had been awful this year until an impressive test win over England in Paris reminded us of how strong they can still be.

But in the Six Nations, they lost convincingly to Ireland and Wales before getting a hiding from England in the final game of the tournament. Their coach Philippe Saint-Andre has been pilloried nationally and internationally as being inept at this level and Guy Noves is set to take over the role in November. Although losing the final narrowly four years ago, bookmakers have them at odds of 12/1 to succeed this time around, while Ireland are generally around the 8/1 mark.

And yet rugby history tells us that any French team called underdogs bites worse than it barks. On their day they can beat any side in the world and one thing that is not in doubt is the calibre of their players. Any team with Morgan Parra, Thierry Dusautoir, and Wesley Fofana needs to be given the highest of respect.

Let’s hope when France line up to face the men in green, the Irish players and management will be able to perform at their maximum on the biggest stage when it is most needed. This time I believe they will. This time the whole country believes we’ll triumph, but we have been wrong before.