Greg Bolger of Shamrock Rovers in action against Paul Doyle of UCD during the SSE Airtricity League Premier Division match between UCD and Shamrock Rovers at The UCD Bowl in Belfield, Dublin. (Photo By Ben McShane/Sportsfile via Getty Images)

Shamrock Rovers will be looking to upset Dundalk's bid for the clubs first-ever treble later  today as the two teams do battle for the FAI Cup at the Aviva.

Following on from the EA Sports Cup and League of Ireland titles Dundalk have claimed this year they are looking to emulate the Derry City team who completed the treble in 1989.

Standing in the way of history are Shamrock Rovers who have won the FAI Cup the most times (24) compared to current holders Dundalk who have 11 FAI Cup titles.

The men from Louth have registered just one loss in 11 games against the Hoops and have beaten them three times this season, including the win that secured the SSE Airtricity League Premier Division title at the end of September. 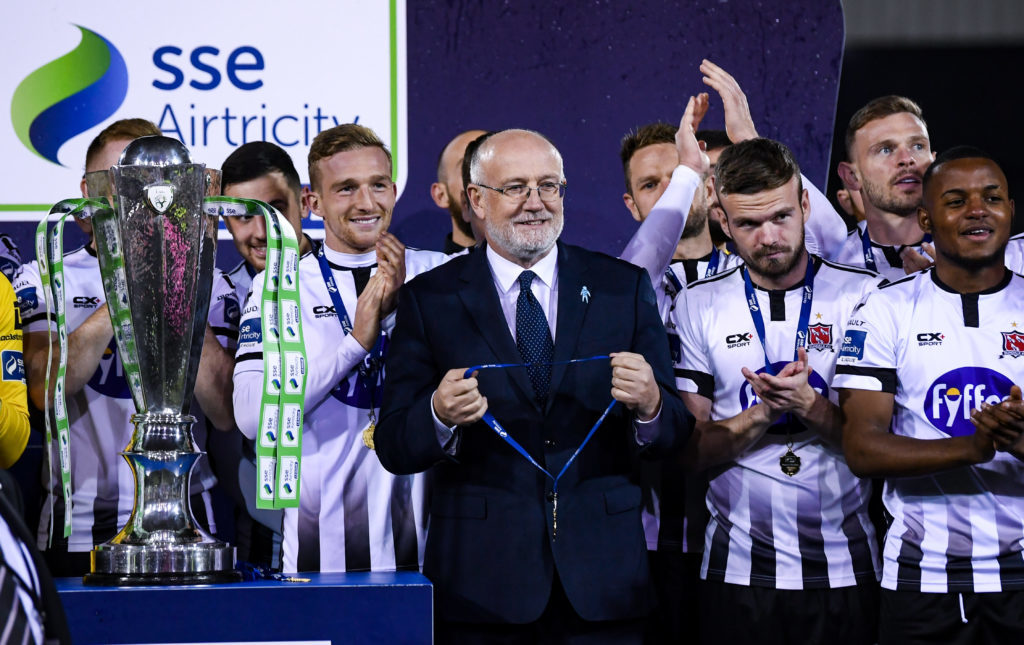 It is Rovers' first appearance in the final since their defeat on penalties in 2010 against Sligo Rovers and they will be delighted that Chris Shields is suspended for Dundalk.

Midfielder Shields, who is the reigning FAI League of Ireland Player of the Year, will miss the game as he has accumulated eight yellow cards throughout the season.

The men in the green and white hoops will be hopeful Aaron Greene will be pivotal in securing the men from Tallaght's 25th title. Greene has been Shamrock Rover's top scorer this year and will be looking to spoil Dundalk's treble party.

Will Dundalk complete a historic treble? Or will Shamrock Rovers add another FAI Cup to their list of honours. Coverage of the game.