THE BOYS in Green put in a barnstorming performance in their 0-1 win against Austria on Saturday night, but it seems not everyone rated their showing.

West Brom winger James McClean picked up the winner in a hard-fought victory at Vienna’s Ernst-Happel-Stadion, sending Ireland top of a difficult World Cup Qualifying group including the likes of Wales and Serbia.

McClean’s winner secured Ireland’s first victory over Austria since 1963, when veteran manager Martin O’Neill was a wee boy of 11.

The win was also Ireland’s first on the road in a World Cup qualification campaign since they edged out the Scots in a narrow 0-1 away win back in 1987. 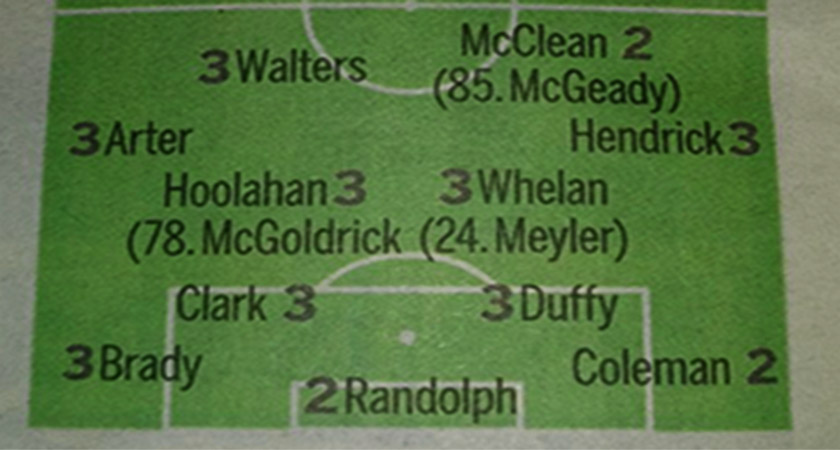 The ratings as one Austrian paper saw it... [Picture: Twitter]
Goalscorer McClean, defender Coleman and goalkeeper Randolph were all given a 2/5 for their performances, while the rest of the squad were handed a distinctly average 3/5.

But don’t reach for the pitchfork just yet, as the whole affair may just have been a big old misunderstanding.

Apparently in Austria and Germany, player ratings are based on the school system – which confusingly uses lower numbers to indicate higher grades.

However, even if the player ratings were simply lost in translation, it didn’t stop the Austrian press from labelling a loss to Ireland an “embarrassment”.

Seems they don’t rate the boys in green too highly after all.