Tomás O’Leary: Hurling has always been my passion

TOMÁS O’LEARY ambles onto the wide-open plain of Wormwood Scrubs, west London spinning a hurley in his hand and grinning. He advances sheepishly towards the Fulham Irish squad, stopping to say hello to the reporter and photographer on his way.

We cajole him into a couple of pictures with the lads and the prison towers in the background. He laughs an embarrassed laugh. Fellas will think he’s a right shaper.

You can leave Cork, but Cork never leaves you.

To be a shaper is to be an object of merciless, relentless derision on Leeside.

Their public’s ideal hero is a player of Godlike grace; a swaggering apparition of athletic transcendence capable of lowering the heavens or at least raising the Earth. And off the field he will have the humility of an 80-year-old lollypop lady. Jimmy Barry-Murphy in other words.

So posing for pictures with your camán silhouetted against the clear August sky is not cool. Hurling is though. So O’Leary, Heineken Cup medallist, Grand Slam winner, London Irish scrum-half, soon falls into line and gets on with the drills.

Nicky English said the reason for Cork’s recent semi-final win came down to “the belief I have always held about hurling; that touch is everything”.

Tomás O’Leary’s touch is nothing like it was when he captained the Rebels to their last Minor All-Ireland, in 2001. Today, he is misplacing passes from five metres, but before very long at all, the touch improves.

After a few minutes Fulham’s manager Mick Ruby calls a drill where one man stands in the middle of a small square, while lads on each of the four corners throw in sliotars, high and low.

This is a reasonably demanding routine for most players; you’re constantly turning and adjusting your stance to receive possession. It doesn’t take long to become tired and a bit dizzy.

One of the things that separates the 1% from the 99% in sport though is time.The top guys always have it.

Under pressure, time speeds up for most of us; we become flustered, rushed and make errors. It is the opposite for the elite; the brain slows things down, almost Matrix-style.

You can see that here on a small scale. This isn’t the white heat of competition, and the lads aren’t exactly firing the sliotars at O’Leary, but it is still telling how easy he makes it look.

He’s always waiting for the ball as he would a late-running bus; unflustered, bored nearly. When the ball arrives, he controls it efficiently with no unnecessary effort or movement. Then it’s gone and he’s ahead of schedule for the next ball.

What might have been? Cork people have grown accustomed to seeing potential hurling stars drift away from the game over the years so don’t really stress about it much anymore.

Cork is a sports-crazy county that will throw its weight behind any one of a number of causes: Gaelic football (provided they are playing against Kerry or in an All-Ireland final), soccer (provided they are high up the league) and rugby (yet to be truly tested, but a steep decline in Munster’s fortunes could see a corresponding decline on the terraces).

The lore and majesty of the game is stitched into the fabric of Rebel life. Cork’s success-hungry supporters love the game so much, they’ll even turn out in decent numbers when the team aren’t going well.

That has changed abruptly, spectacularly this summer.

The explosion of joy at the final whistle in the All-Ireland semi-final was arresting. Far more than the usual celebration at making it to a decider, the fevered reaction of the players, the primal roar rising from the shuddering stands came from somewhere far deeper. 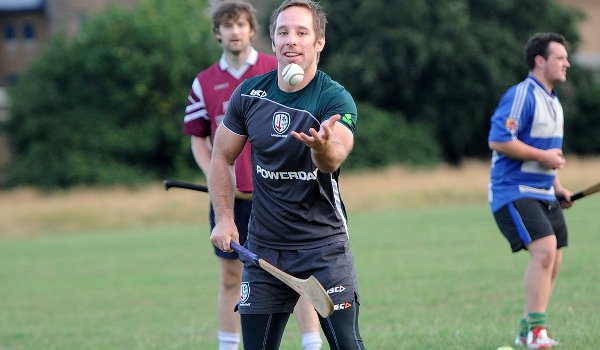 This was a people catapulted back into their real selves after six lost years. Cork’s hurling team, the team that captures the spirit of the place like no other, was up there with the best again.

“I come from a hurling background and it’s always been my passion,” says O’Leary when Fulham’s session has wound down. “I think it’s the best game in the world like. As you said, every Corkman really is a fan of every sport but hurling is the main passion.”

To the 99% the chance to follow that passion and be part of the Cork side would represent life dealing you four aces. Running down Semple Stadium’s tunnel and out into to a deafening din, the Town End a riot of red and white… what could possibly surpass that feeling?

The 1% of men who are capable of playing sport at the elite level think of more than just these moments. There’s the rest of life to consider too.

Hurling and the chance to be a legend of your home town doesn’t pay the bills. But that’s just a small part of it. Setanta O Hailpín, Darren Sweetnam, O’Leary; you’re unlikely to hear them talking about money.

O’Leary hurled his last game when he was 19, a county U21 final victory for Erins Own against Na Piarsigh. By that stage he was a minor medallist with Cork and would likely have soon graduated to the senior set-up.

Then came the offer of a place in the Ireland Development Squad.

“The opportunity of a professional contract made it quite easy [the decision to pursue rugby over hurling],” he says. “And the Munster team was taking off at the time, getting to European quater-finals, semi-finals and finals so there was a big buzz around that.

“If rugby wasn’t professional, the desire to play with Cork would have been too great to turn down.

“The chance to be a professional athlete was the big thing.”

The chance to build your day around training, the chance to get the mind and body completely right for the contest, the chance to spend the day after battle recovering instead of teaching a class or sitting at a desk or working on a site…

If we’re lucky, we might get one talent in life.

To give that talent every chance of reaching fruition is as much a responsibility as it is a privilege. There are exceptions, but when somebody offers a sportsman the opportunity to be a professional sportsman, he will accept.

Tellingly, O’Leary says he was encouraged a lot by his hurling clubmates. “A few of the diehards gave out a bit,” he says, but the players, such as Brian Corcoran, understood completely the appeal of a rugby career with Munster and Ireland.

His parents, including father Seánie, a Cork hero with four All-Ireland medals, counselled him to make his own decision. 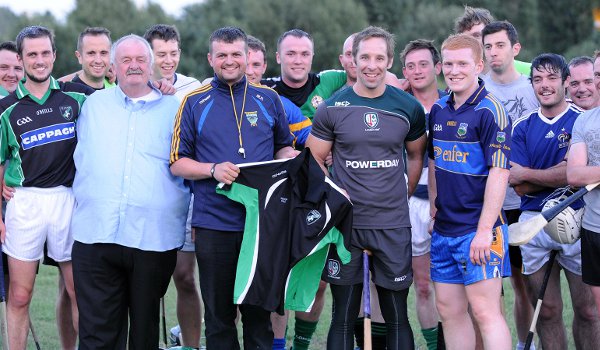 “He was involved with the Cork senior team at the time.  I was being offered trials and stuff. It probably would have been a bit awkward like if he was a selector and I was coming up trying to get into the team,” laughs O’Leary.

So he chose rugby, and a life that is quite possibly less fraught with pressure and politics. It could just be because he’s playing hurling for the first time in ages tonight, but O’Leary is almost constantly smiling. Some of the Cork hurlers of his generation and a little older — veterans of draining strikes — have 1,000-yard stares instead.

There is certainly no sense of regret about the route he took over a decade ago.

Asked does he ever wonder whether he could be preparing for an All-Ireland final now, he replies that maybe a few years back he would have thought that.

In the meantime he’s prepared for a European Cup final and lots of big games for Ireland. That too has been a privilege, and he hopes for many more days like that in the coming seasons.

He is still very much connected to home. Though not often back to see Erins Own play because of his own weekend schedule, he’ll wander up to the club’s field to see how training is going when he is around. He resists the urge to join in the games at the end (as he does here).

“It’d be awkward reporting back to the club in the morning with a broken hand or whatever.”

O’Leary is unlikely to make it back for the All-Ireland final — “well, unless someone out there wants to fly me back in a private plane Saturday night”.

No, Sunday will be spent relaxing after what is guaranteed to be a bone-numbing contest with Saracens in Twickenham the previous day. But come half-past three, O’Leary will have raised himself from the couch and made it down to the local pub in Richmond that shows GAA.

“We watched the semi-final there with another Cork couple. I was sitting there watching it biting my nails.

“It’s great [Cork’s progress]. From the start of the year, it’s so unexpected really. I’m learning about these players now and a lot of them are new names to me … It’s brilliant … Jimmy Barry-Murphy is working his magic again.”

99% or 1%, sometimes it makes no difference. Cork never leaves you.