Tyrone need to turn it on against Kildare or the knives will be out for Mickey Harte, warns Owen Mulligan

Former All-Ireland winning Tyrone star Owen Mulligan is concerned at the body language in the Tyrone camp as the Red Hands head to Kildare this weekend.

Mickey Harte’s men ran out comfortable 2-15 to 1-14 winners last time out against Longford.

“Tyrone for their part look like a side not happy in their own skin. I see too many long faces coming out of changing rooms after games. It all looks like too much hard work for them at present,” the Paddy Power columnist said this week. 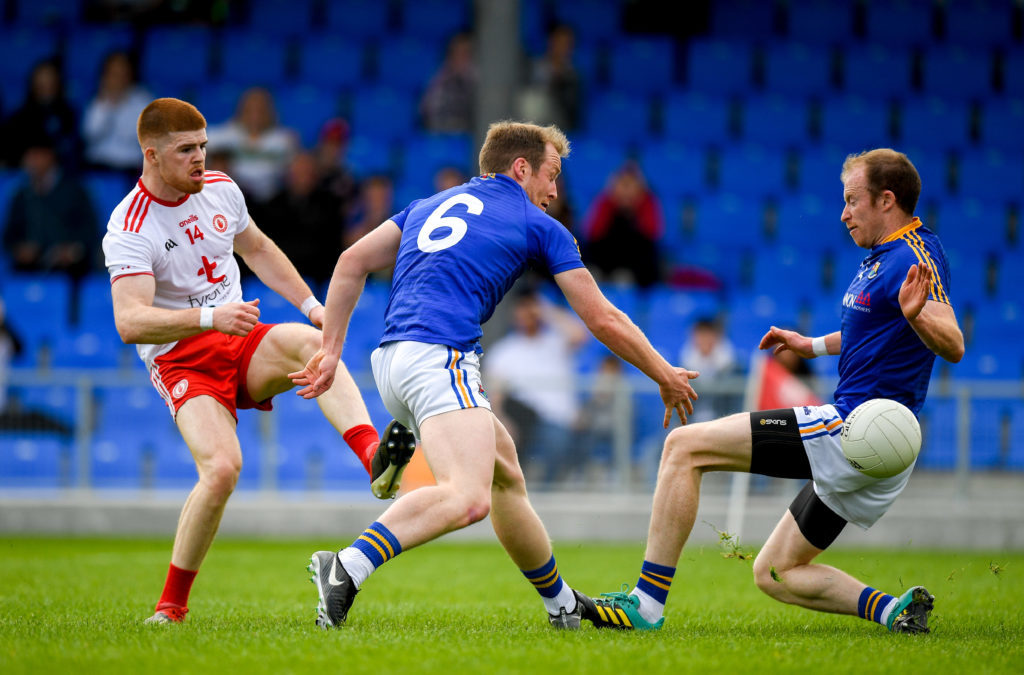 Cathal McShane of Tyrone scores his side's first goal of the game despite the efforts of Padraig McCormack, left, and Barry OFarrell of Longford during the GAA Football All-Ireland Senior Championship Round 2 match between Longford and Tyrone at Glennon Brothers Pearse Park in Longford. (Photo By Eóin Noonan/Sportsfile via Getty Images)

“It was a nothing game for Tyrone last Saturday. Win by ten points and you were playing a poor team.

“Don’t win by enough and you are a poor team. It’s hard to know where we are with Tyrone at the minute. There are still loads of question marks around them.

“When Mickey started running the bench the arse fell out of it a bit and Longford ended up posting a scoreline that definitely flattered them.

“A trip to Kildare on Saturday night isn’t a nice place to go to start feeling better about yourself. A win is a must for Tyrone or the knives will be out for Harte.”

Donegal can step up 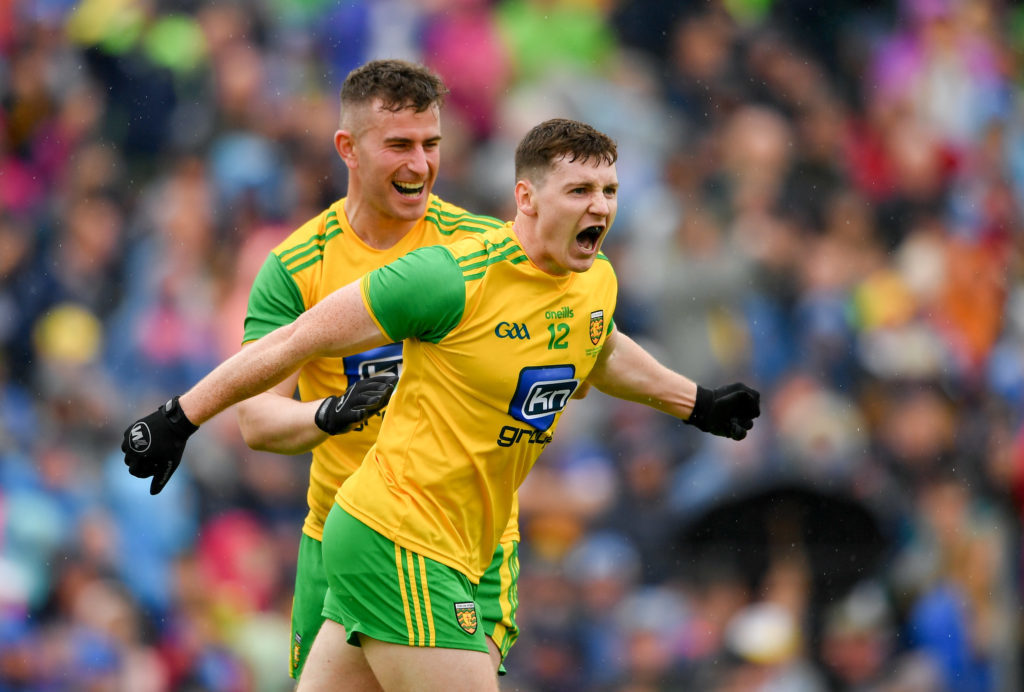 He was more impressed with Donegal’s thorough demolition job against Cavan in the Ulster SFC final in Clones and believes on that showing they are the side most likely to thwart Dublin this year.

“It used to be Michael Murphy and Paddy McBrearty who were trusted with all the scoring duties and if you marked them, Donegal would struggle,” he said.

“ Now they’re blessed with scorers from all positions. All of their forwards scored on Sunday. Ryan McHugh, Paddy McGrath and Eoghan Bán Gallagher never stopped all evening. Jamie Brennan was his usual classy self and I’m really starting to enjoy watching him light up the Championship.

“We are starting to sit up and take notice of Donegal and that question is starting to be asked, are they number one contenders to stop ‘the Drive for Five’. At this early stage, I believe they’re the only ones that’s showing any promise.”