The Underdogs are comprised of players from right across Ireland, who haven't played Senior inter-county Championship football, and among the squad aiming to pull off a surprise victory in front of the TG4 Live Cameras and a packed attendance are Michael Molloy, who represents the John Mitchels club in Liverpool.

The 35-year old Donegal native is the oldest player involved, and has been in Liverpool since his college days, and transferred from top-Donegal side Kilcar about nine years ago.

Mitchels involvement in the All-Ireland Club Final back then piqued Molloy's interest and he opted to make the switch the following year. He hasn't looked back since. 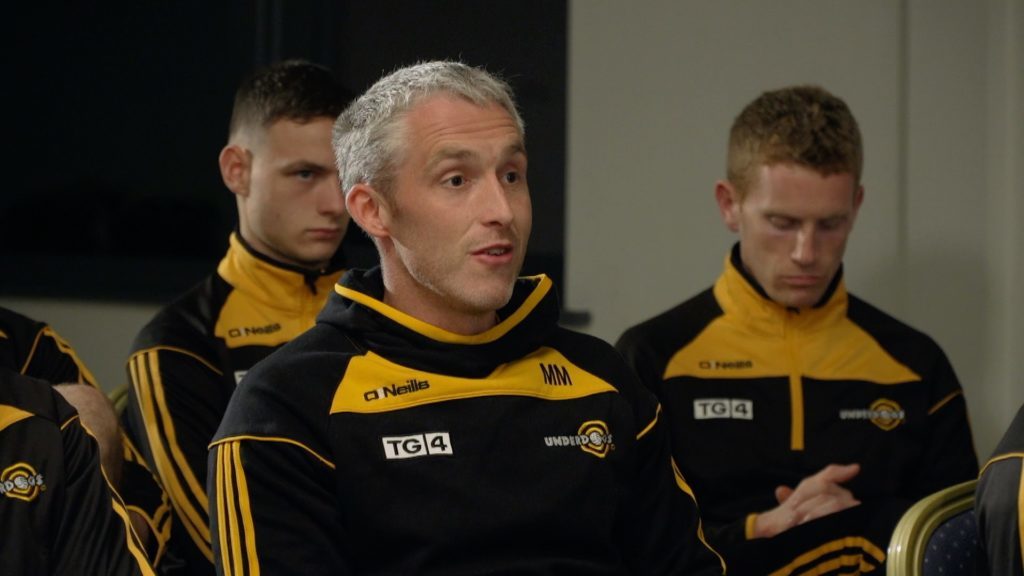 For him, his involvement in the TG4 Underdogs, under the stewardship of All-Ireland winners Paul Galvin, Ray Silke and Valerie Mulcahy is somewhat of a last hurrah,

"There's a few players who will make inter-county, and there's a few lads like myself who are on the way out," Molloy told The Irish Post.

Over 1,000 filled out the initial application – which was whittled down to a few hundred for the initial trials in Meath, and then 34 for the training camps –  before a player has been eliminated in each of the shows to come to a match-day panel of 28 next Friday night.

"I saw it on Facebbook about two weeks before the trial," said Molloy.

"I didn't get an email back, and I thought that they hadn't picked me. I said don't worry about it too much, life goes on.

"Rob from Adare Productions rang me, and asked me did I get the email saying I was in. When I looked, it had ended up in my Junk email.

Friday night lights in Parnell Park & the ultimate test for the @TG4TV #Underdogs. Tickets for @DubGAAOfficial vs Underdogs onsale now:

"They wanted me on the Saturday and this was a Wednesday, so I had 45 minutes to make a decision before Ryanair put the flight prices through the roof.

"I just said 'lets do it and see what happens.'

"It was such a big show back in the day, and I remembered Kieran Donaghy and Pearse O'Neill being involved, and they later went and won All-Ireland medals.  I said I'd take a chance on it."

Michael's late Dad was foremost in his thoughts throughout the process.

"He always said you’ve got to take a chance," Michael said.

"He was at the back of my mind, and I know what he would have said, and I said I'd apply for the craic and I didn't take it too seriously, and then I went through in Kildare."

One of the outstanding moments in the show so far, and one very much which sticks out for Michael was when he was reunited with his Mum. Michael hadn't been back in Kilcar for almost six months at the time, but was in regular contact.

"The bit with my mum was fantastic for my mum, she will remember that for the rest of her life," he said.

"She's had it tough, and she's been one tough cookie. Regardless of what happens on the 19th against Dublin, that's been the biggest part of it for me.

"I'd no idea that was happening. I thought I was getting the cut! I'd no idea what the production company were up too.

"I was thrilled to get the opportunity to speak about my father so nicely, but that was a big, big shock.

"That camp in the Curragh was brutal. I run my own gym and I like training, but that was brutal. I'd never done anything like that before, and it wasn't for the faint hearted.  The camera's showed a fraction of what happened. It was an unbelievable few days."

One of the toughest training camps I have ever been on...But loved every bit of it.#Underdogs #irishdefenceforces @SportTG4 @tg4 @adare pic.twitter.com/Yr3stoHyjE

Dublin will prove a tough test this weekend, with many of the All-Ireland winning side set to feature for Jim Gavin's troops.

Molloy says it would be super to beat one of the best sides of all time.

"Underdogs isn't all about beating Dublin. There's five or six lads or more who have a real shot at inter-county level," he said.

"You can't play any bigger. They may be the best team that ever play if we are brutally honest. It would be great to get a result, and it will be hard, but it's going to give a lot of lads the opportunity to play on the big stage and show their worth."

Michael expects a huge crowd to watch the game, including loads of the players own family and friends.

"There will be a huge buzz around. The show has attracted some fantastic attention. There's going to be a lot of neutrals, family and Dubs there to see it.