Pádraig Hampsey, left, and Frank Burns of Tyrone celebrate with Patrick Trainor and the Sam Maguire Cup after the GAA Football All-Ireland Senior Championship Final match between Mayo and Tyrone at Croke Park in Dublin. (Photo By Ramsey Cardy/Sportsfile via Getty Images)

THIS IS what the game is all about.

There were hearts left broken once again in the West on Saturday after Mayo lost to Tyrone in the All-Ireland Senior Football Championship final.

After a strong start, the Mayo team lost their nerve, and after multiple fatal mistakes including a missed penalty and several wides-- as well as two spectacular goals from Tyrone-- the Sam Maguire Cup was gifted to the northern county for the first time in 2008.

While the Hurling and Gaelic Football championships bring huge tension, anxiety, hope and heartbreak each year, at its heart it is a game of communities which brings people together-- and there's no better example than this sweet moment after the final whistle blew on Saturday. 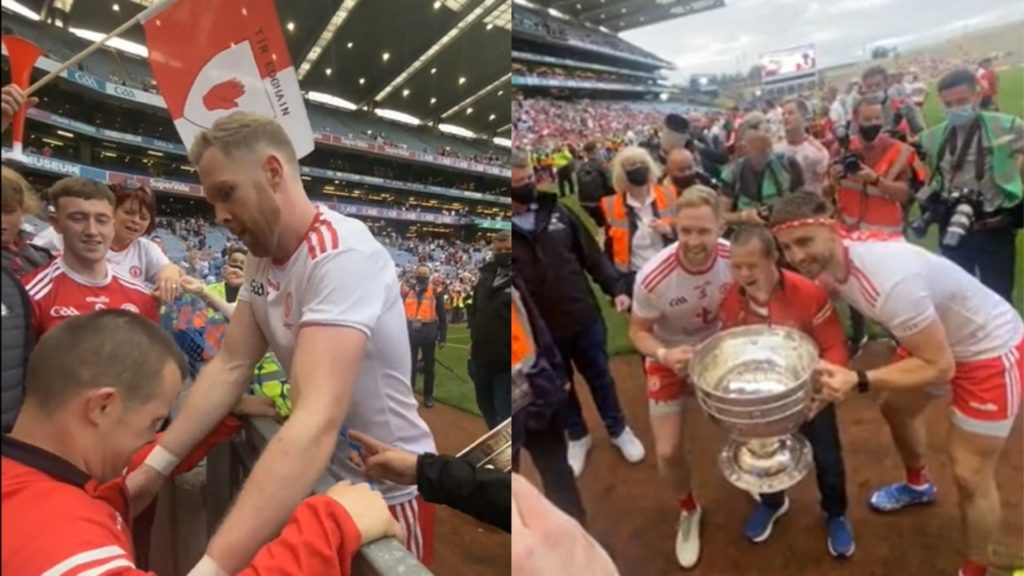 A clip which has been widely circulated on social media, including Twitter and Reddit, has warmed hearts across Ireland and far beyond-- so far, in fact, that some didn't even know what the sport was.

One clip posted to Reddit-- which described the Tyrone team as 'Football/soccer players'-- showed the moment a Tyrone man with Down Syndrome was lifted over the barrier and on to the pitch by team members Pádraig Hampsey and Frank Burns in order to join the celebration. 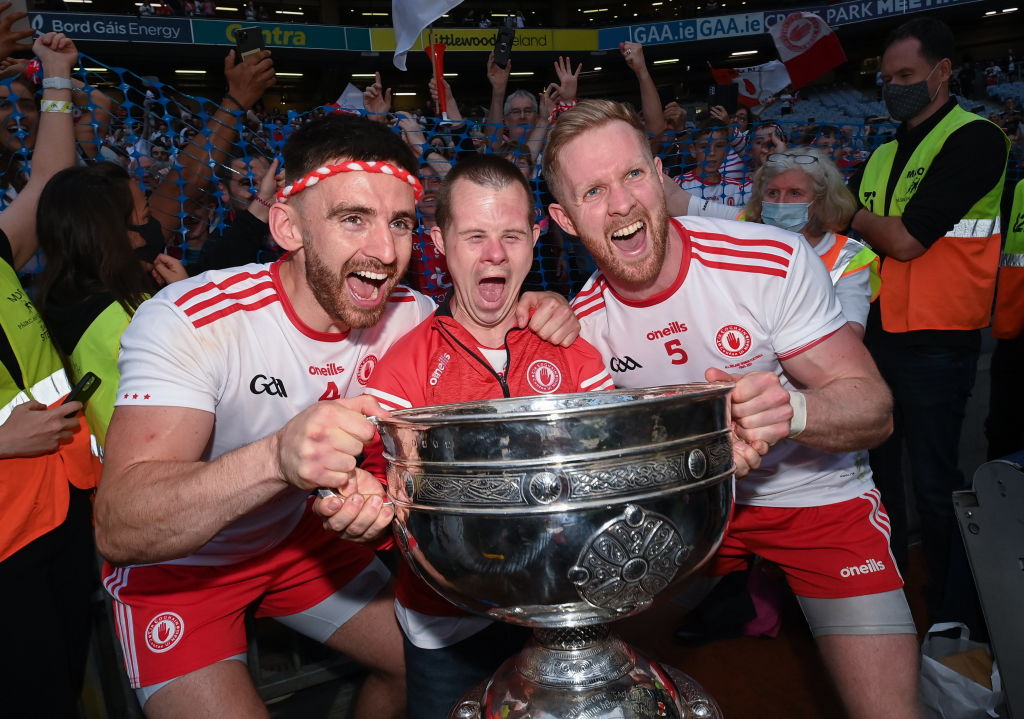 Pádraig Hampsey, left, and Frank Burns of Tyrone celebrate with Patrick Trainor and the Sam Maguire Cup after the GAA Football All-Ireland Senior Championship Final match between Mayo and Tyrone at Croke Park in Dublin. (Photo By Ramsey Cardy/Sportsfile via Getty Images)

The avid Tyrone fan, who has been identified as Patrick Trainor, was overcome with emotion as he was invited on to the pitch to lift the Sam Maguire Cup with two of his heroes, as cameras flashed and the crowd cheered-- the cherry on top of an already unforgettable day for the Tyrone native.

The Reddit clip alone has been viewed tens of thousands of times, and has been met with an outpouring of love and respect for the players and fans-- as well as multiple requests from Americans to learn more about the game.

Check out the heart-warming clip below.

Tyrone clinch All Ireland title after tense clash with Mayo